This floor cost an accountant 50,000 coins and 70 hours on her knees 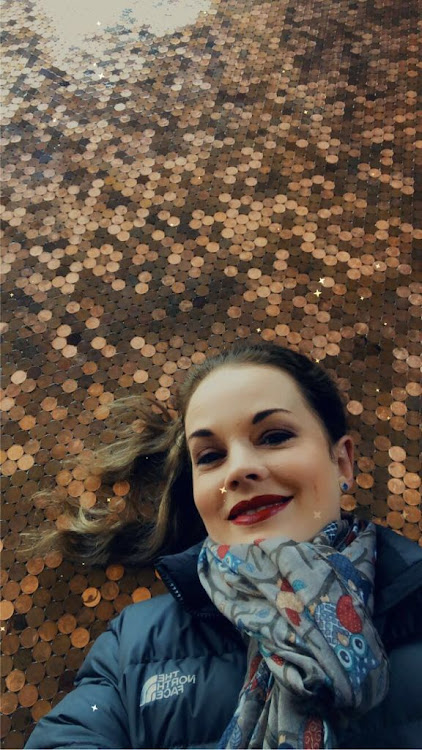 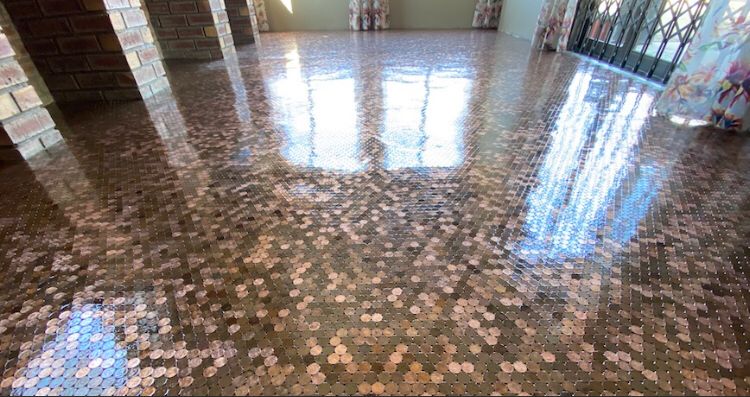 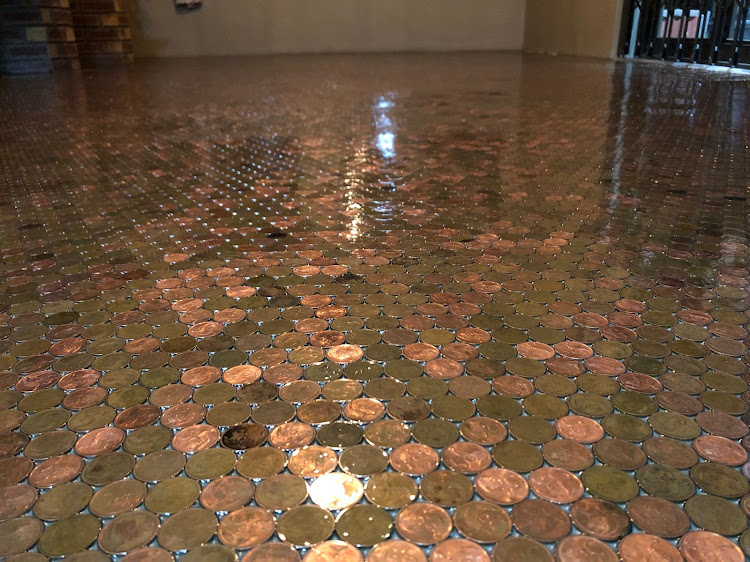 The braai room in Ermelo accountant Karmen Swanepoel’s home is a bronze glittery triumph and the end result of “my craziest project ever”.

After more than 70 hours on her knees on the cold floor and more than 50,000 five cent pieces, Swanepoel has finally completely covered the 24m² space in bronze coins.

Swanepoel, who lives alone, is a creative soul who spends time trawling Pinterest for ideas, and has done courses in skills such as enamelling. Last year she did a course in epoxy resins and was looking for an idea, when she came across a Pinterest post in which a floor had been covered with American pennies.

“I liked the idea and I figured I could do something similar with five cent coins. At first I considered laying them in a honeycomb pattern, which would have used fewer coins. But the accountant in me would not allow it, so I decided to do it properly. So I measured the space and did the calculations and figured I would need about 50,000 coins,” Swanepoel said. 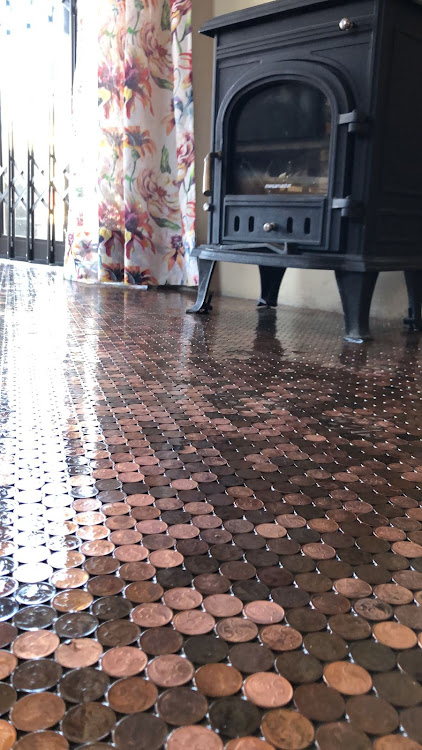 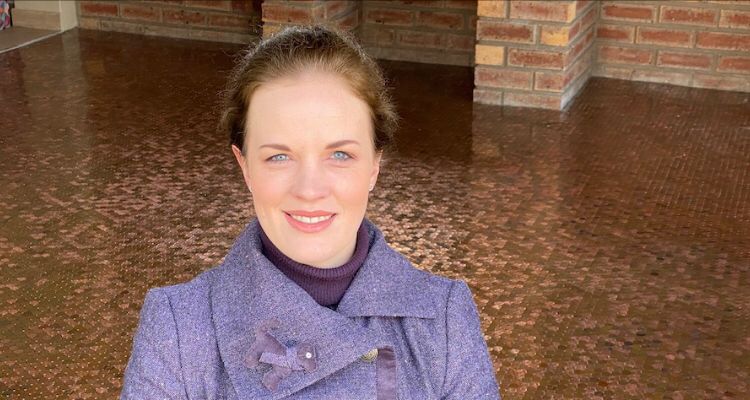 In September she began collecting them, with many people giving her jars and boxes of coins they had stored away. She contacted local banks and discovered that only Absa kept the old coins and was willing to sell her bags full.

By June she had 48,500 and the end goal was in sight, and so she decided to start laying them.

“It was a crazy idea to start in winter, because it is absolutely freezing. But it turned out to be a good thing because the epoxy process of mixing a base and hardener is delicate and it dries quickly — but more so in summer.

“If I did this in summer I would have needed 10 to 20 people helping me, but in winter I was able to do it all on my own,” Swanepoel said.

“Everybody says I have too much time on my hands, but that’s not true. I just gave up my weekends and when other people were sleeping in, I was on my knees on the freezing cold floor.”

She has been surprised by the amount of attention her “crazy” project has stirred up, and how it has gone viral on social media.

Now she is waiting for the final result to harden properly so she can put down the final epoxy layer and get a contractor in to fit skirting boards to finish it off.

“It came out pretty nice. I am really chuffed,” she said.