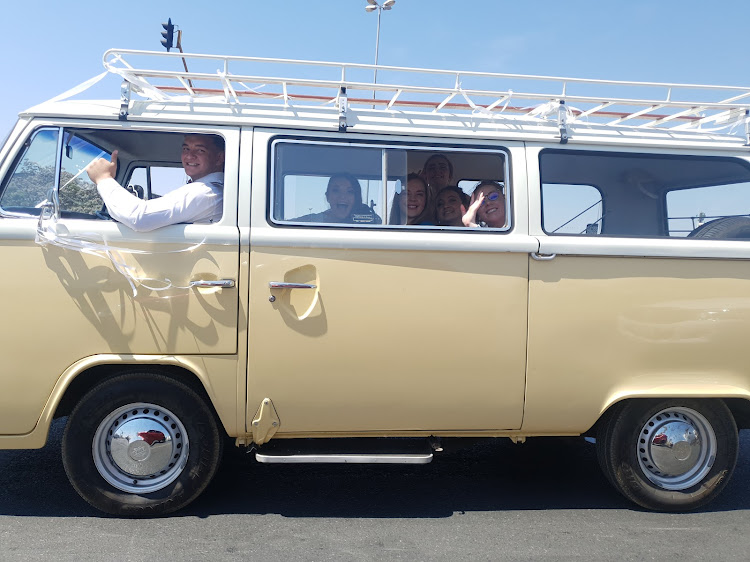 BLAZING A TRAIL The bride, her tribe and brother en route to the wedding in the VW Kombi.
Image: Cecilia de Beer

Céhanè Lubbe, 20, had the wedding of her dreams at Blandford Manor in Johannesburg and was about to spend her first night as a married woman at a Northcliff guest house when the celebrations “literally and figuratively ended with a bang”.

The classic 1967 Kombi in which the couple was travelling burst into flames and they scrambled to rescue overnight bags and escape from what was transformed into an exploding, burning wreck within minutes. The incident happened on Witkoppen Road in Northriding, Johannesburg, on Saturday night.

Mother of the bride Cecilia de Beer said the couple left the reception and was headed for House Higgo when best man Jean Breytenbach, whose motor-dealer dad owned the Kombi, decided to follow them. He was worried the Kombi battery might die and did not want them to be stranded. 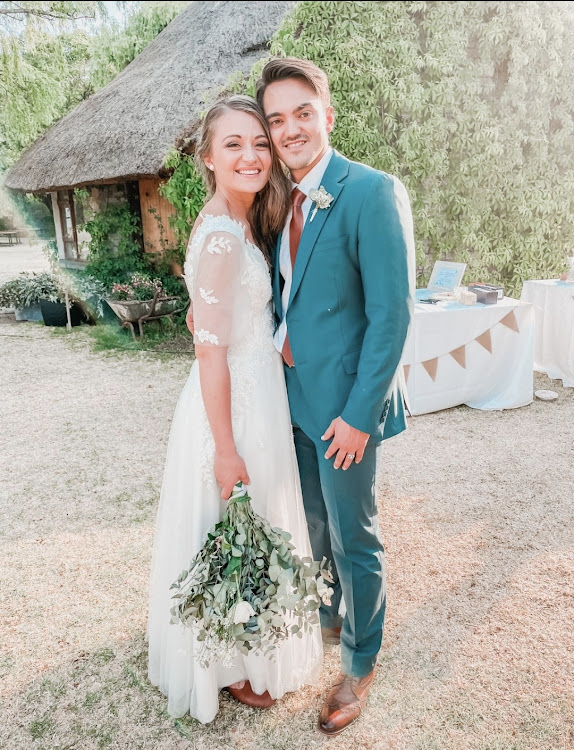 The bride and groom shortly after the wedding ceremony.
Image: Aletté-Johanni Winckler

“As the Kombi pulled out of the venue, the exhaust backfired and caught fire. Jean saw the flame burst, but didn’t realise what was happening. He just thought: ‘Wow, what a funky old car.’ When he saw it was actually on fire he started hooting like mad to get them to stop,” De Beer said.

“But Céhanè was on such a high. She was newly married and leaving this picture-perfect wedding, and she just thought people were hooting congratulations. So they just carried on driving.”

But then groom Jacques Lubbe, 23, noticed the flames and smoke and realised the Kombi was on fire. He told his new wife, who started panicking and trying to open the back door where she was sitting behind him with their bags.

“But Jacques is a big, strong guy. He stopped and managed to rip that door open and they grabbed their stuff. And within seconds the whole thing was on fire,” De Beer said. 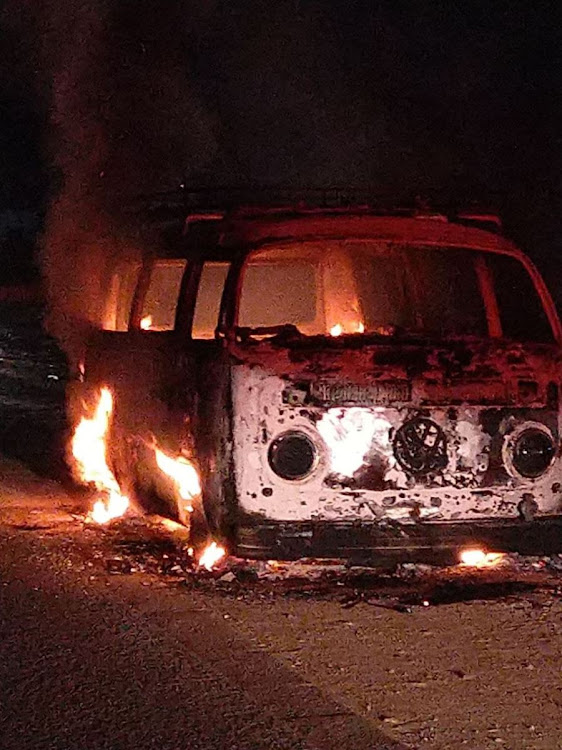 Back at the reception, she received a call from her frantic daughter and heard the wedding Kombi was on fire. Céhanè was distressed, thinking she had lost her veil in the fire — but apart from the burnt vehicle, there was no other loss and nobody was hurt. A fire engine arrived after the couple was taken  to their guest house.

The next day the newlyweds went to visit the bride’s parents before leaving for their two-week honeymoon in the Drakensberg.

“She was so happy because she had found her veil — it had actually been packed away and survived,” said De Beer, who had contacted Breytenbach to find out what his father’s reaction was to the loss of the Kombi.

“He just said: ‘Tannie, I don’t know what to tell him. It’s his birthday and that car was his pride and joy. And the keys to his other car were inside the Kombi’.”

Now the Lubbe wedding is set to feature prominently on the family’s celebration calendar, as the date was already sentimental — specially chosen by Céhanè because of its significance.

“It is a fantastic story - it’ll be remembered forever,” said De Beer.

While the story and pictures of the burnt-out wagon have been posted on social media, the couple remains unidentified and TimesLIVE has been unable ...
News
3 months ago

On August 31 1951, the first Volkswagen vehicle manufactured in SA, a humble air-cooled Beetle, rolled off the assembly line
Motoring
4 months ago

Dads are playing a far more significant role in the parenting process – a trend that has been exacerbated by the pandemic. In the UK, for instance, ...
Motoring
6 months ago
Get the Sunday Times Daily app or daily email newsletter