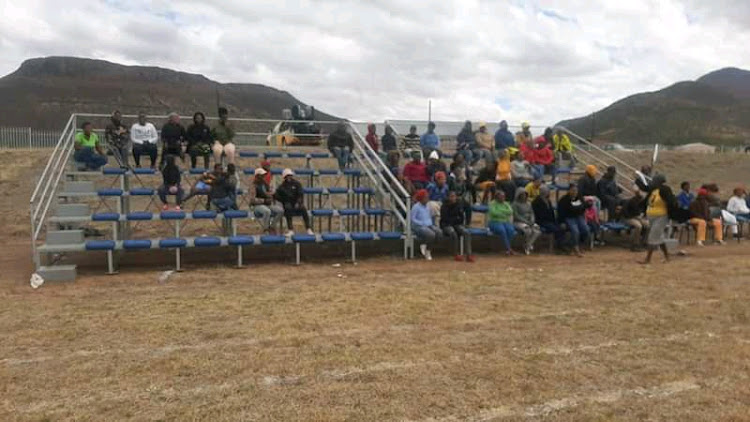 The glorious peaks of the Eastern Cape mountains provide a spectacular backdrop to the Lesseyton Sports Facility in the Enoch Mgijima municipality, but the price tag for the newly opened project is anything but beautiful.

The backlash was instant when images of the stadium, near Komani (formerly Queenstown), were posted on social media, showing a dry, bumpy field, small metal stands, and soccer and rugby uprights. But it wasn’t so much the facility that elicited the anger but the cost — R15m.

“I fully understand the negative commentary and public comments on the matter. We have requested the leadership of Enoch Mgijima local municipality to get all the facts about the scope of work for the project and what has been delivered so far,” he said in a statement, saying his office expected a full report before the end of the week. 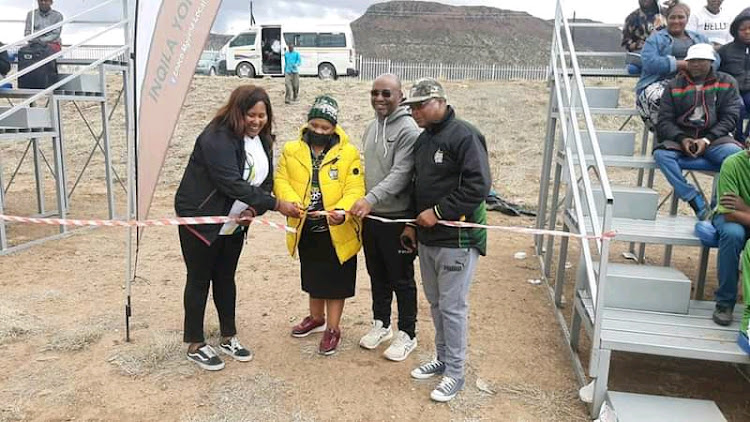 Spokesperson Buli Ganyaza said district mayor Wongama Gela would be taking up the matter with the local municipality.

But Enoch Mgijima municipality spokesperson Lonwabo Kowa said the project was justified, and that the council had made a significant investment in the rural village to support sport activities in the area.

The R15m costs were not just for what was seen in the pictures that were circulating, said Kowa. Not only were there construction-related expenses but also initial “survey, geotechnical and geohydrological tests” to determine if the site was actually suitable as a sports facility.

Then, said Kowa, came the building expenses for the facility itself — after the erection of 780m of palisade fencing.

According to the council, the project entailed:

Kowa said: “This [project] is aimed at providing the community, especially youth, with a facility that will serve as a suitable playing ground to benefit over six villages. The community has a rich history in sport and has also produced a professional soccer player which the municipality prides itself of.”

The municipality said it was aware of concerns from members of the public.

“The municipality regrets the manner in which the initial post was shared where minimal detail was provided. The construction of the sports facility commenced at the beginning of March 2020 after an environmental impact assessment (EIA) approved by DEDEAT [department of economic development, environmental affairs and tourism] authorising the project within the limits stated in the NEMA [National Environment Management] Act,” said Kowa.

On social media, however, South Africans expressed disbelief at the costs and questioned whether the money could have been better spent.

It’s unbelievable that R15 million was allocated for this project and this is what was delivered. No man this is wrong.

One picture doesn’t always tell a thousand words. Forget what they told you. https://t.co/2nIOcrO3Mn pic.twitter.com/fApkNzffxt

Can someone write to" I Blew it" ANC need to explain to South Africans ukuth, what happened to R15 million...yazi abasithathi serious labantu🤔 pic.twitter.com/RsXteUEw1U

Expectation vs Reality on a R15 Million stadium pic.twitter.com/6gtDKjyvMu

To use a grader for a clear pitch is completely free at municipal, those stands and chairs and goal post probably cost about 50k,10k for the dead grass

An ANC Municipality in the Eastern Cape, Enoch Mgijima has opened what they call a stadium… R15 MILLION was paid to build this thing & they are proud of it. The people of South Africa must vote these people out of power because they have no shame. None whatsoever! R15m for this? pic.twitter.com/tFJvuFIPo5

Development has come slowly and painfully in only a few municipalities in the Eastern Cape and as municipal elections loom, even fewer residents ...
Opinion & Analysis
1 month ago

Message is good, but communicating it is poor

We like to think of ourselves as a soccer-mad nation.So it was reasonable for authorities to believe that the possibility of watching football at ...
Opinion & Analysis
2 months ago