On Friday, the health department and Safa will give details of pilot project for spectators for Tuesday’s Bafana game 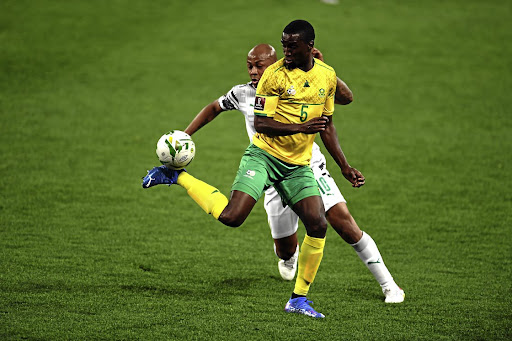 ON THE BALL Bafana Bafana will play to the sound of a small but cheering crowd when they take on Ethiopia on Tuesday.
Image: Lefty Shivambu/Gallo Images

Friday could be a red-letter day in the country’s battle against Covid-19, as e-vaccination certificates come on line and football fans hungry to watch live games get the lowdown on the upcoming Bafana Bafana qualifier against Ethiopia.

Celebrities are set to take part in a joint press conference involving the health department, which is launching the e-vaccination site for certificates, and the South African Football Association (Safa), which will reveal details of its pilot project for which 2,000 spectators, verifiably vaccinated, will be allowed to attend Tuesday’s match .

Dominic Chimhavi, spokesperson for Safa, told Sunday Times Daily this week that the association wanted football to be part of the solution by playing a major role in “galvanising mass vaccines”.

“Everything has been finalised and we will reveal the details on Friday on exactly how the logistics of this will work, but one thing is for sure, the 2,000 fans who are allowed entry into the game will have to prove that they have been vaccinated,” he said.

“Whether you’re a player, a fan, a celebrity at our press conference, a taxi driver shuttling people or a gogo selling pap by the stadium, do not show your face around here if you have not been vaccinated,” he added.

PODCAST | What has caused SA’s shift in vaccine thinking?

There it was decided that, as a “pilot project”, some fans could gain entry to the World Cup qualifier, said Chimhavi, adding this would “test the idea of having people prove they’re vaccinated before returning to watch their favourite sports”.

The launch of the official e-vaccination site has not been without major teething problems.

Throughout the week, many South Africans accessed the e-vaccination site which had prematurely gone live.

Though the site was authentic, the department of health’s Foster Mohale told Sunday Times Daily it had gone live “for testing purposes” and that because the branding included by the web developers was not correct, a “fake” stamp was now doing the rounds on social media.

This caused havoc on social media as fear spread that private information of vaccines had been breached and that the certificates themselves were fake.

But, Mohale said it was the legitimate home of the e-vaccination portal.

“We are going to officially launch tomorrow and we are busy testing the site so you have to take it live to test if it is working. Once it’s live, people who are lucky can download it, but we are encouraging people to exercise patience. We want to assure you there is no breach of any personal info,” he said.