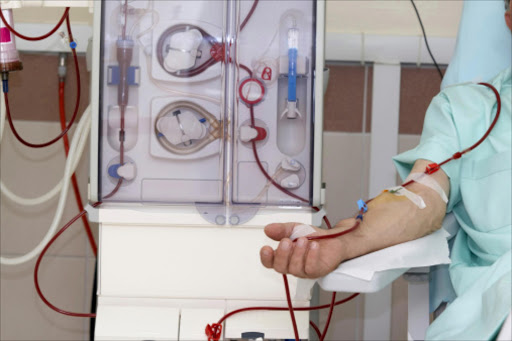 A group of researchers has warned that the shortage of nephrologists in the country is compounded by unequal distribution of these specialists between the public and private sectors.
Image: Gallo Images/Thinkstock

SA is in desperate need of nephrologists and, if the current rate of production of these kidney specialists stagnates, the situation will worsen within the next decade, public health experts have warned.

In a new study published in PLOS One, researchers from Stellenbosch University caution that the number of nephrologists trained in the country has nearly tripled from 53 in 2002 to 141 in 2017, but given the growing burden of kidney disease the number of nephrologists per million people is way too low. The current overall density is only at 2.5 per million population, way below the average 10.8 for upper-middle-income countries.

“At the current rate of production of eight nephrologists per year, and with 71 nephrologists expected to leave the profession in the next 12 years, the nephrologist density in 2030 is forecasted to be 2.6 per million people. That is 174 nephrologists. This will simply not be enough to address the increasing burden of kidney disease in the country,” said Prof Razeen Davids, a lead researcher and head of Stellenbosch University’s division of nephrology.

“It will also increase the workload for the active nephrologists which may result in burnout, early retirements and compromised quality of care for patients with kidney disease.”

In the study a group of researchers analysed trends in SA’s nephrologist workforce for the period 2002-2017. They described the current training capacity and used that as a basis to forecast this workforce for 2030. They also assessed the training capacity by determining the numbers of government-funded posts for consultant nephrologists and nephrology trainees or registrars at medical schools and teaching hospitals.

The researchers point out that if the current rate of training continues the shortage will not be addressed.

Former hospital worker bust after 'making off' with dialysis machine

A Durban man has been arrested for allegedly stealing a dialysis machine worth more than R250,000 from a local hospital.
News
3 weeks ago

According to researchers, the lack of posts in the public sector for newly qualified nephrologists fuels the maldistribution between the public and private healthcare sectors, as well as between urban and rural areas.

“The inability to retain nephrologists in the public sector, which is responsible for all the training of nephrologists, does not augur well for the future of the nephrology workforce in this sector and, by extension, for our training capacity.”

Regarding the number of registered nephrologists per province in 2017, researchers say Gauteng, Western Cape and KwaZulu-Natal had the most, followed by the Free State, Limpopo and the Northern Cape. At the time of the study, North West and Mpumalanga had none.

Looking ahead to 2030, the researchers pointed out that a substantial increase in the numbers of nephrologists being trained was needed if interprovincial disparities were to be reduced and if SA was to approach the average nephrologist density of upper-income countries.

“Training is now operating well below the potential capacity, based on the numbers of consultant nephrologists and the allocated HPCSA training post numbers at the training institutions.”

Decrease in production, emigration and costs of training are some of the reasons for the crisis
News
3 months ago

Your stake in my kidney

Davids and colleagues Prof Usuf Chikte, Dominic Kumashie, Ritika Tiwari and Muhammed Hassen pointed out the training capacity depended on a government-funded registrar programme, which produced too few posts to meet the needs of the country.

“We need more funded training posts and posts for qualified nephrologists in the public sector. Should these actions be taken, there is a realistic chance of successfully addressing provincial inequalities and achieving nephrologist densities comparable to other UMICs.”

The researchers urged the government and training institutions to explore partnerships with the corporate sector to increase funds for training.