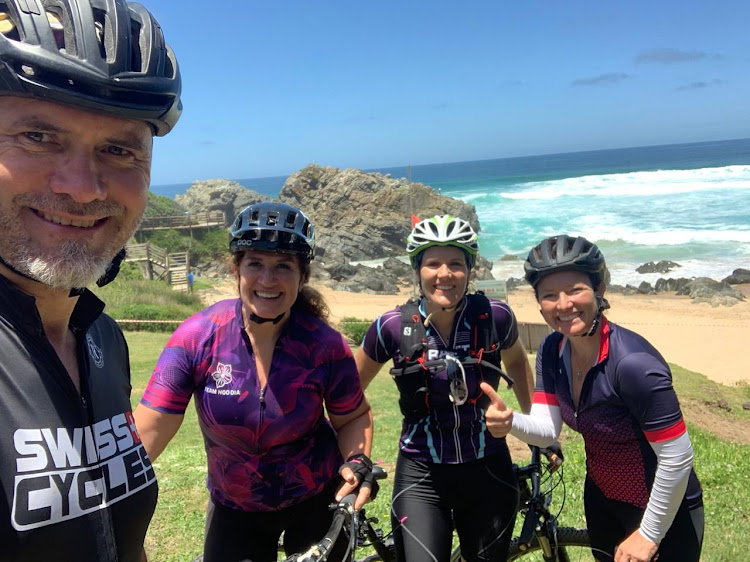 As taxi driver Bongumusa Wellington Ngcobo, 28, charged with drunk driving and the death of cyclist Alex Otto, prepares for his bail application on Thursday, the bereaved family is finding comfort in other ways.

Otto was killed on Sunday, October 3, when he and training partner Geoff Lee were mowed down by a speeding taxi. Otto was pulled under the wheels, dragged for almost 300m and declared dead at the scene.

Ngcobo, who tried to flee but was caught by two security guards who witnessed the incident, was arrested and is facing charges of culpable homicide and drunk driving.

The Otto family has meanwhile been in contact with one of the traumatised passengers who was in the taxi at the time of the collision.

“I’m so glad I could talk to (her) — I knew the passengers must have been traumatised and she confirmed it,” family spokesperson Chani Otto told Sunday Times Daily.

A woman who was in the taxi that allegedly knocked down two cyclists, pulling one under its wheels and dragging him to his death, has spoken out ...
News
1 month ago

When the taxi driver charged with ploughing into two cyclists and dragging Alex Otto to his death appears in court on Monday morning, the Otto family ...
News
1 month ago

Dozens gathered at the Kempton Park magistrate’s court on Thursday morning to draw attention to the trial involving a taxi driver accused of mowing ...
News
1 month ago

Tears flowed at dawn, people hugged, quiet whispers and clenched hand-holding - then five minutes of complete silence in memory of Alex Otto, 50, the ...
News
1 month ago

She heard from one passenger how two others had been ignored when they tried to get off the taxi because of worries about the driver’s possible intoxication and that the vehicle had not slowed down even slightly when the cyclists were hit.

“In my mind, I’m struggling with the recklessness … no respect for any people, not for the two cyclists and none for eight passengers in the taxi. The ripple effect of something like this is just immense,” Otto said.

“The trauma suffered by so many people is significant … productivity, absenteeism, mental health, physical health. You can’t sleep or you have nightmares. But at the core we are all human beings. My wish is for all taxi drivers to take a moment and see the people they are transporting as family members, workers and precious human beings.”

She said the other slight comfort had come in the form of Alex Otto’s autopsy report, which states that a “blunt force trauma to the back of the head” was the cause of death.

“As distressing as this still is, it at least helps to know that he must have died on impact. He knew absolutely nothing of what followed, and this is a comfort to us,” Chani said.

Ngcobo, who has already made several court appearances only for the matter to be rolled over, is set to apply for bail in the Randburg magistrate’s court on Thursday.