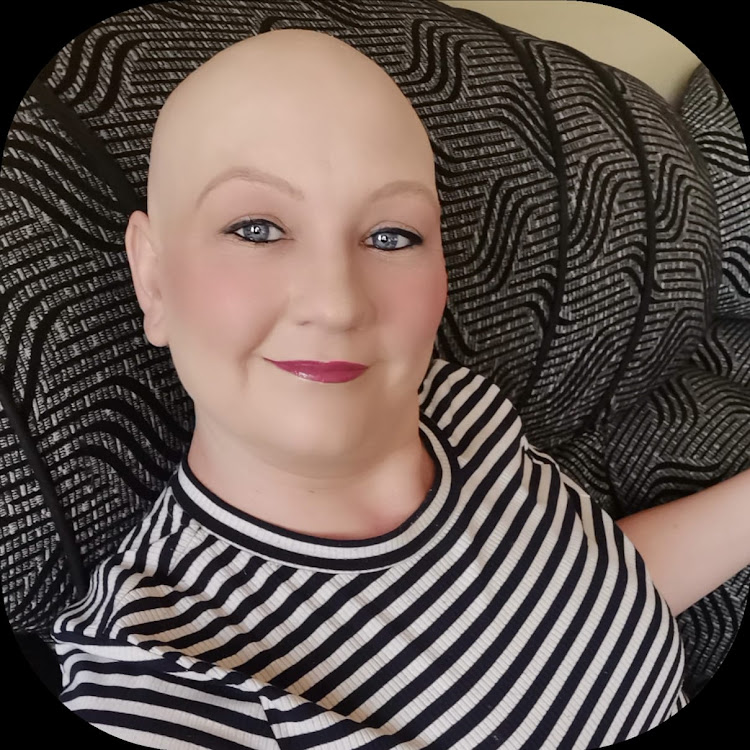 DESPERATE Denise Christie, 32, is undergoing her second round of chemotherapy after her breast cancer. The disease has now spread to her lymph nodes and she is fundraising to afford private healthcare.
Image: Supplied

After nearly two years of Covid-19, which has intensified the backlog of postponed non-essential surgery, those with benign conditions are now becoming emergency cases, health NGOs have warned.

They are raising fears that with SA heading towards a fourth wave of Covid-19 infections, the needs of those waiting for treatment and operations will be pushed even further back.

The Cancer Alliance, a collective of more than 33 non-profit organisations and cancer advocates fighting for those affected by the disease, said in Gauteng alone there are 2,000 cancer patients waiting for treatment.

The largest surgical backlog is for cataract operations (14,000 people), with patients having to wait up to two years for surgery that takes about 40 minutes. Patients left untreated could go blind.

However, it seems the province does not have ready access to backlog figures. Asked about waiting times for treatment and the staffing situation at hospitals, provincial health spokesperson Kwara Kekana said “a request to all hospitals affected in the province for updated information” has been sent out, but information has not been forthcoming.

“Medical oncology is functioning and so is surgery, but aspects that will now impact those two treatments are the new fourth wave and impact that it will have on access and healthcare professionals’ availability.”

For Denise Christie, 32, of Springs, the situation is far beyond numbers, challenges and management difficulties. She has resorted to raising funds for private healthcare.

Christie lost her job in July last year due to Covid-19 and was diagnosed with breast cancer in August. She underwent chemotherapy from September to January and was waiting for radiation this year when the cancer reoccurred in July.

“It grew so fast I was sent for an emergency mastectomy in August and now it has spread to my lymph nodes. I cannot wait for treatment any more, so now we are fundraising,” she said.

A report by 10 surgeons that looked at six government hospitals found the pandemic has created large backlogs of elective operations that need to be addressed urgently. It recommends the urgent development of structured guidelines to streamline the reintroduction of full surgical healthcare services.

She needs six months of chemotherapy, which costs R15,000 a month, then radiation, which will cost R65,000 privately.

“Urgent attention is required to avoid human tragedy on a large scale. Patients are currently sent home to die — this is indeed worse than Life Esidimeni,” are the final words of an Alliance petition, accepted and signed by Gauteng health MEC Dr Nomathemba Mokgethi on November 23.

The document paints a dismal picture. It calls for a task team to determine the extent of the problem and come up with an integrated plan - to be implemented by World Cancer Day on February 4.

The alliance has also called for a patient list to be drawn up and monitored, and access to symptom management and palliative care for those in need.

“We further need to alert the relevant departments and provinces that similar problems are being experienced at Lady Gray in KwaZulu-Natal, and Frere and Livingstone hospitals in the Eastern Cape,” it has warned.

A report by 10 surgeons, published in the SA Medical Journal (SAMJ) in May, that looked at six government hospitals, found the pandemic has created large backlogs of elective operations that need to be addressed urgently. It recommends the urgent development of structured guidelines to streamline the reintroduction of full surgical healthcare services.

Cancer Alliance said patients diagnosed with the disease should ideally receive treatment within three months. But at Charlotte Maxeke alone, about 1,000 men with prostate cancer are waiting up to five years for radiotherapy, 500 patients have been waiting for more than a year for breast cancer treatment and 300 women have been waiting for up to six months for cervical cancer treatment.

A patient who has been failed by the system is Sharlotte Nyathi, 40, of Limpopo, who was diagnosed with breast cancer in 2018. She was brought to Gauteng, where she had two surgeries, eight cycles of chemotherapy and 16 months of treatment. She waited months for radiation, during which time the cancer returned.

She was given second-line chemotherapy and underwent more surgery and radiation. The cancer has progressed to stage four and metastasized into her lungs.