Making a giant hole in the budget: Tshwane’s got that sinking feeling

While part of the N1 in Gauteng is closed due to a sinkhole, there are another 41 craters dotted around Tshwane 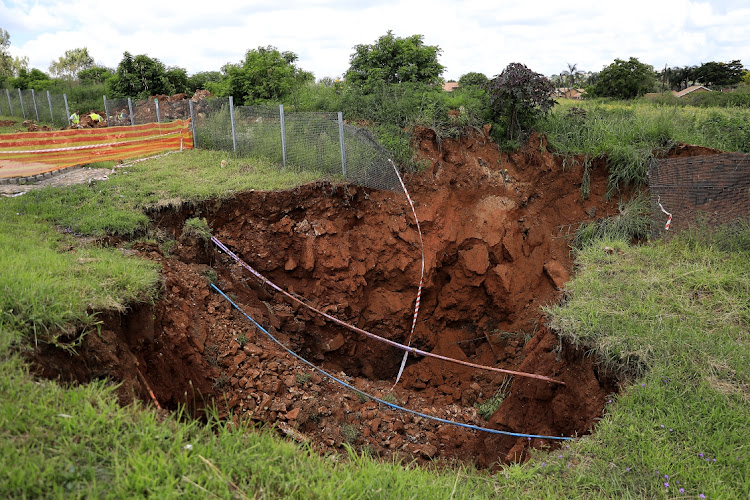 THE PITS The SA National Roads Agency has closed the left lane on the N1 South just before Botha Avenue in Centurion as a precautionary measure after a sinkhole formed at the weekend.
Image: Alon Skuy

Part of the N1 freeway was closed at the weekend due to a massive sinkhole, but this is just the tip of the iceberg.

The City of Tshwane has confirmed to Sunday Times Daily that there are no fewer than 41 reported sinkholes that need to be fixed — something that impacts heavily on the R30m annual budget.

This led to the closure of two lanes.

Sanral said its team of engineers and geotechnical specialists has been brought in to assess the situation and to develop and implement a mitigation plan. It was still unclear how long repairs would take. 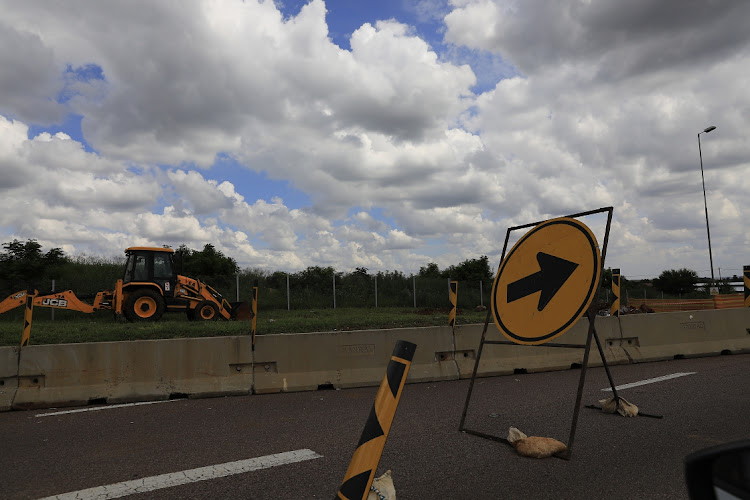 Sanral spokesperson Vusi Mona said on Tuesday that as soon as the assessment report was concluded it would be made public.

“Regarding safety, the closure of the left lane is meant to address precisely that,” said Mona.

We are planning to execute the repair works of the sinkholes, but to repair sinkholes costs millions and, having a tight budget, it becomes more difficult.

On Tuesday, DA councillor for ward 79 Johan van Buuren told Sunday Times Daily that the sinkhole had a great impact on traffic, especially for motorists travelling from the R21 onto the N1 southbound.

But Tshwane Metro Police spokesperson Isaac Mahamba said traffic on the road on Tuesday morning was “heavy, but flowing”.

“TMPD is responsible for traffic flow and we are monitoring and controlling that.

“Engineers can decide whether the road is safe or not and if they advise us to completely close the road, we will listen to them as they’re the experts. We are still waiting for the full report,” Mahamba said.

Van Buuren said Centurion was “prone” to sinkholes due to the dolomite rock in the area.

“It is quite scary to see that big sinkhole right next to the N1, but we see them throughout Centurion. Some are smaller and some are bigger,” he said.

According to Van Buuren, there were at least 20 sinkholes reported in the city.

Van Buuren said the city had a R30m budget for the repairing of sinkholes.

“It is definitely not enough. Normally the repairs cost about R12m per sinkhole,” he said.

City of Tshwane spokesperson Sipho Stuurman said there were 41 sinkholes reported in the city, with Centurion, Laudium, Pretoria West and Atteridgeville the most affected.

“We are planning to execute the repair works, but to repair sinkholes costs millions and, having a tight budget, it becomes more difficult,” he said.