Alleged co-conspirator gives court a graphic account of the build-up to the murder, which ‘was meant to look like a suicide’ 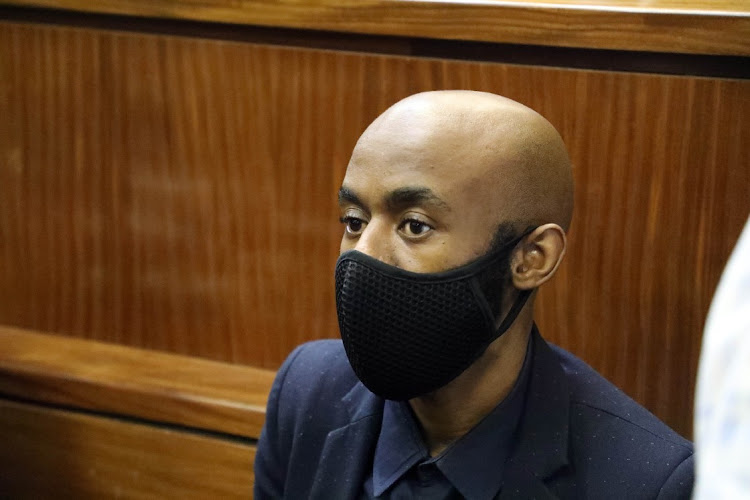 Father-to-be Ntuthuko Shoba was annoyed and angry when his first plan to kill his pregnant on-and-off girlfriend Tshegofatso Pule failed.

“He was unhappy about it. I could hear over the phone that his tone had changed. He was annoyed,” said hired hitman Muzikayise Malephane on Tuesday.

Malephane, who has already confessed to and convicted for his part in Pule’s killing, was testifying in Shoba’s trial in the Johannesburg high court. Shoba has also been charged with Pule’s murder, conspiracy to murder and defeating the ends of justice.

The former JSE analyst has pleaded not guilty.

Pule was found with a gunshot wound to her upper body and her pregnant lifeless body was hung in a tree in Durban Deep, in Johannesburg in June 2020. She was eight months pregnant.

Malephane explained how, a week before Pule was murdered, he had waited for her at the McDonald’s in Ormonde. Using his girlfriend’s Jeep, he was to pick Pule up at a bogus job interview set up by Shoba and then take her to a bridge in Maraisburg, where Shoba had wanted her hanged. He wanted to make it to seem like a suicide.

Pule’s childhood friend, Tshepiso Tsita, on Monday testified about how she and Pule had found the sudden job offer dodgy. This was because the person wanted to meet at McDonald’s during the hard lockdown period when sit-ins were not permitted.

Pule decided not to go, despite receiving calls from the alleged recruiter on the day of the proposed interview.

On Tuesday, Malephane testified: “I waited there for a long time. I kept communicating with Mr Shoba. Eventually, I decided to go. She never pitched up. Shoba and I were calling each other back and forth. I tried contacting Ms Pule after Shoba sent me her number but I could not get a hold of her.”

He told the court that when Shoba, whom he had known from his school days, had approached him about killing Pule, he had asked Malephane to connect him with someone else to do the job.

Asked about what had changed the plan, Malephane explained how he went from middleman to the one carrying out the crime.

“I was being greedy, selfish and for the love of money,” said Malephane.

He then told the court about the day that Pule was killed.

I found that it was impossible it hang someone there (the bridge in Maraisburg) because it was a busy street.

Shoba, he said, called him on that day and said he was coming to see him at his girlfriend’s house in Goudrand, Roodepoort, where the two of them lived.

“I was sitting with my friends and there were people installing the ceiling in the house. I went out to Shoba. My friends saw him and his car because he was parked in the driveway,” said Malephane.

Fiddling with his hands and seeming uncomfortable, Malephane continued: “Shoba told me that Ms Pule was going to be visiting him that day.”

Malephane took a deep breath, looked at his hands and said: “Shoba told me that today is the day that Ms Pule is supposed to die.”

The two men discussed how Pule would be killed, with the plan still being to hang her off the bridge in Maraisburg.

“We agreed on that and then he said he would let me know when I should pick her up,” said Malephane.

After Shoba’s visit, he drove to the bridge and found that it was not a suitable spot to carry out the crime.

“I found that it was impossible it hang someone there because it was a busy street,” said Malephane.

Malephane is yet to tell the court how the plan deviated from the bogus suicide to him shooting Pule dead. The gun that was used to kill her had belonged to him.

He is expected back in court on Wednesday.