To achieve peace in the ‘new’ Sudan, civilian leadership must be embraced and the old military system dismantled 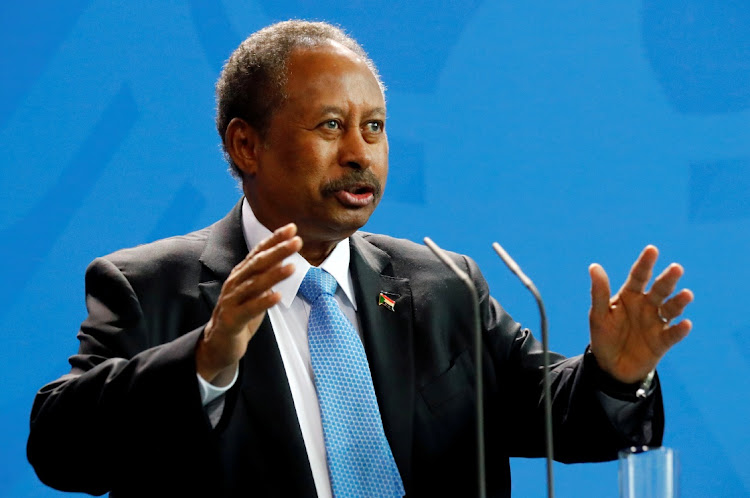 Sudan’s political transition is in a precarious phase. Prime Minister Abdalla Hamdok’s government is facing a wide variety of challenges, including protests over the price of goods and commodities, and a resurgence of violence in the country’s Darfur region. If the situation continues to unravel, the country could fall into crisis leaving parts of the old regime to retake control. Andrew E. Yaw Tchie assesses the transition’s status and explains what the new government must do to place the country back on track.

How do you rate the transitional government’s performance against its mandate and promises made?

There have been many twists along the way, including an attempted mutiny and the attempted assassination of Prime Minister Abdulla Hamdok.

And the transitional government is yet to fulfil significant provisions of the 2019 agreement that was signed between the Transitional Military Council and the Forces of Freedom and Change alliance.

The agreement formed the basis of an experimental transition process also witnessed in South Sudan and Mali. It was intended to return Sudan to a democratic state after the ousting of former president Omar al-Bashir. The expectation was that Sudan would create a new executive, legislature, judiciary and other state institutions. But, much still remains to be done.

For example, the Sudanese government has criminalised female genital mutilation. However, it has not ensured that the practice has stopped on the ground.

Additionally, al-Bashir was ousted from power and then imprisoned. But, proceedings for his trial have been repeatedly delayed. Moreover, significant crimes like extrajudicial killings and assaults committed by his security forces are not included on the list of charges against him.

Of much concern is inflation in Sudan has risen to above 200%, as the transitional government strives to salvage the ravaged economy. Also, the government has failed to get a grip on the violence between communities in Darfur. This comes at a time when the AU-UN Hybrid Operation in Darfur is drawing down its peacekeeping mission in the region.

In addition, tensions over the Ethiopia-Sudan border have re-emerged. Both countries lay claim to a disputed area known as al-Fashaga, where the north west of Ethiopia’s Amhara region meets Sudan’s Gedaref state. And there is also the fallout over the Grand Ethiopian Renaissance Dam.

This comes against the backdrop of Hamdok’s appointment as chairperson of the Intergovernmental Authority on Development, where his leadership is yet to be felt.

The country is also trying to recover from the health and economic effects of the Covid-19 pandemic and a recurring locust problem.

Sudan's Prime Minister Abdalla Hamdok has survived an assassination attempt targeting his convoy in the capital Khartoum, state television and a ...
News
2 years ago

What are the government’s main achievements so far?

The government has made some progress. It has passed a law in an attempt to dismantle the framework of the former regime, ordered the arrest of former foreign minister Ali Karti for his role in the 1989 coup which brought al-Bashir to power, and indicted al-Bashir for the crimes he committed in office.

Hamdok has also successfully negotiated Sudan’s removal from the US state sponsored terror list. And his government did well to bring many of Sudan’s armed groups to the table within the Juba peace agreement, signed in October 2020. Hamdok has also named a new cabinet in keeping with the agreement.

Critically, Sudan ratified the International Convention for the Protection of All Persons from Enforced Disappearance of 2006 and the Convention against Torture and Cruel Punishment of 1984. This is a good step towards entrenching human rights in the country.

What are the main challenges the government now faces with recent food riots?

Critically, the government must act urgently to reform the economy. Prices of goods and services are high. And protests over fuel, bread and other essential goods have continued since al-Bashir’s ousting.

The recent steps by the government to set the value of the Sudanese pound based on supply and demand relative to other currencies is welcome. This will help rebalance the pound in the long-term and secure international loans and grants. But reforming the economy will not be enough unless Khartoum fundamentally reforms its state institutions and security sectors.

The vision for a better Sudan must be delivered through a national project that establishes new avenues of political control, and reverses and restructures how state power has been used and exploited by former regime members and elites since independence in 1956.

The transitional government also needs to address the links between the security sector and private business interests. It must also manage the risks associated with the October 2020 Juba Peace agreement, which integrates rebels into the military.

An expanded security sector could cost Sudan’s fragile economy billions. This will sideline the government’s reform agenda, but also restricts its ability to create institutional civilian oversight and parliamentary control over the defence and security forces.

What next for the political transition?

Throughout Sudan’s modern history, wealth has served the interests of a small group of well-connected people who have gone to great lengths to extract economic benefits from the country’s vast resources at the expense of everyday Sudanese. Hamdok must tackle the historical misappropriation of wealth head-on.

The resurgence of violence in Darfur shows a failure by the Darfur state and the central government to protect civilians. It indicates that Hamdok’s government must institute measures to defuse violence, while considering contributing factors like the impact of climate change on farming, flooding, land issues and access to resources.

Ultimately, for peace to be achieved, the new Sudan must embrace civilian leadership and dismantle the old military system.

Hamdok and his government need to implement a stabilisation framework that includes all armed groups, is agile in its response to violence, and supports institutional reform and national security.

Finally, discussions on elections must begin before the transitional government’s term ends in 2022. Sudan needs an institutional framework to support free and fair elections urgently.

This article was republished from The Conversation under a Creative Commons licence. Read the original article.