YACOOB ABBA OMAR | Why and how we should talk about race

We need a framework drawn from a constellation of contributions 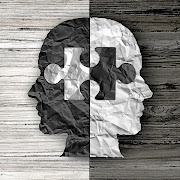 Image: 123RF/LIGHTWISE PUZZLING The author believes there are several dimensions to the issue of race and privilege.

This article is not about former Wits vice-chancellor Adam Habib and the use of the “N-word”.

Pan-African thinking pioneer WEB du Bois declared in 1900 that “the problem of the 20th century is the problem of the colour line”. Twelve decades later the problem persists, and will persist until we have overcome the legacies of slavery, colonialism and apartheid.

To understand why, we need to acknowledge the different dimensions of race. There is the historical, including the transatlantic slave trade initiated in 1526 by the Portuguese and the April 6 1652 landing of Jan van Riebeeck at the Cape, followed by the colonisation of most of the world by European powers.

Then there is the philosophical, without even going into race genomics. Debates since Du Bois’s time have gone through colonial discourse analysis, postcolonial studies and, more recently, critical race theory (CRT).

CRT arose as African Americans, dissatisfied with progress since the granting of civil rights, wanted to penetrate the power relations that kept black people largely excluded from sources of power. Using legal mechanisms they sought to expose how “white privilege” and “unconscious bias” operated.

Recent contributions include Ibram X Kendi’s How To Be an AntiRacist. He argues that racism is the social and institutional system that sustains whites as the most powerful group. Robin DiAngelo asserts in White Fragility that white supremacy is not about skinheads and the Ku Klux Klan, but the centrality and superiority of whites in society.

We must remember that the identity of the speaker matters because speech is not neutral. Also, when you say something, what counts is not just what you mean but how you are heard.

Several sources oppose CRT, calling it an “ideology of social justice” that emphasises structural power relations rather than individual beliefs. Academics at Cambridge University rejected a proposal requiring staff to be “respectful of the diverse identities of others”. French academics, in an open letter to Le Monde, argued that ideologies such as minority rights and multiculturalism are “a real threat to our universities”.

Then there is the issue of identity, which James Kellas argued in The Politics of Nationalism and Ethnicity  “is only partly a spontaneous feeling which people have. It relates to the position they have in society”, emphasising that politics and power play a role in shaping it.

As to the how we discuss race, slavery and apartheid, we need a framework drawn from a constellation of contributions. First, we need to appreciate the intertwining of the Atlantic slave trade with other similar movements. Hazel V Carby of African American Studies at Yale University points out that after the Abolition Act of 1833, the British repurposed slave ships to transport more than a million indentured labourers from India to work on plantations around the globe, including SA.

Second, we must recall what Melissa Steyn of the Wits Institute for Critical Diversity Studies warns: “If we prematurely banish race from our analytical framework, we serve the narrow interests of those previously advantaged” (disclaimer: I served on its advisory committee).

Third, despite repeated use of the term “white privilege”, whiteness cannot be associated with privilege under all circumstances. Not only does this not allow the possibility of whites escaping this categorisation, as in the case of many anti-apartheid and contemporary activists, it also serves to veil the exploitative role played by indigenous ruling classes. In India, this is referred to as the rule of the dominant castes, which is enjoying its pinnacle under prime minister Narendra Modi’s leadership.

Fourth, we must remember that the identity of the speaker matters because speech is not neutral. Also, when you say something, what counts is not just what you mean but how you are heard.

Finally, we must deal with what is termed redistributive egalitarian schemes, where the legacy of racial oppression lives on in the unequal distribution of wealth. This includes, in the SA context, the reparations proposed by the Truth and Reconciliation Commission and current debates around expropriation without compensation, while the question of compensation for those who suffered generations of slavery has been pursued by vast sections of the African diaspora.

As you can see, this article is about much more than Habib and the N-word.

• Abba Omar is director of operations at the Mapungubwe Institute.