Four priorities for Zambia now that Edgar Lungu has been unseated

Debt is the country’s biggest challenge, followed by corruption, government dominance and vigilantism 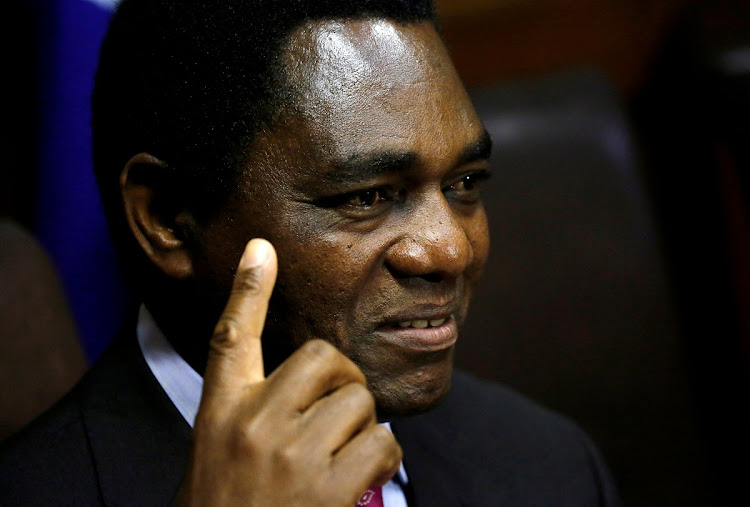 Zambia’s Hakainde Hichilema, who had a landslide victory in the country’s elections, faces two key challenges: reviving Zambia’s democratic credentials and stimulating the economy. To achieve this, his United Party for National Development (UPND) must have at least four priorities — regaining credibility with international financiers, fighting corruption, curtailing the dominance of the executive branch of government and ending the reign of terror by political party vigilantes, known as “cadres”.

Edgar Lungu, who was president from 2015, after his predecessor, Michael Sata, died in office, showed increasingly autocratic tendencies. He ran against Hichilema for a controversial third term that opponents argued was unconstitutional, since he had already been elected twice, in the 2015 and 2016 general elections. However, the Constitutional Court dismissed the claim because Lungu’s first term was only one year.

The run-up to this year’s polls was characterised by accusations that the voters’ register had been manipulated to disadvantage strongholds of the main opposition UPND. Hichilema lost in 2016 by just more than 100,000 votes, in an election deemed unfair by international observers.

This year, the military was deployed on the streets due to excessive pre-election violence that underscored how competitive the election was.

Following a tactic used by Sata in the 2011 elections, Hichilema mobilised 20,000 election agents from his party to assist a parallel vote tabulation process to help monitor fraud. Such a tabulation is a common methodology, based on observing a random sample of polling stations to independently verify election results.

Economic debt is Zambia’s biggest challenge. Under Lungu, it ballooned from 36% to 110% of GDP. Zambia defaulted on repaying $42.5m (about R628m) in interest on a Eurobond in November 2020.

Meanwhile, a recently passed Cyber Security and Cyber Crimes Bill made citizens wary of how internet and digital communications could be interrupted as election results rolled in.

But citizens have spoken and now the new leader has his work cut out.

Economic debt is Zambia’s biggest challenge. Under Lungu, it ballooned from 36% to 110% of GDP. Zambia defaulted on repaying $42.5m (about R628m) in interest on a Eurobond in November 2020.

The negative impacts of debt servicing have been deeply felt across Zambian households. Multiple factors contributed to rising debt, including volatile copper prices, drought in 2019 and Covid-19.

The shift by the government towards sovereign financing and Chinese loans since 2012 severely compounded the debt crisis. There has been a lack of transparency about the loans. This has been made worse by concerns about corruption in the use of Eurobond funding for large-scale infrastructure projects. These two factors have undermined efforts by the IMF to negotiate debt relief on behalf of commercial creditors.

In 2017, it was uncovered that the government procured 42 fire trucks for $42m (about R620m). In the same year, the country’s Financial Intelligence Centre revealed that billions of Zambian kwacha had been laundered through high-level corruption and tax evasion. In 2018, several bilateral donors halted $34m (about R502m) in funding for education and social welfare programmes due to mismanagement.

And in the midst of the Covid-19 pandemic, $17m (about R251m) in procurement irregularities by the ministry of health was uncovered.

First introduced in mid-2019, the bill’s other provisions included reducing the national assembly’s powers to impeach the president. It also allowed for judges to be removed through a tribunal appointed by the president, rather than through the extant Judicial Complaints Commission. Established in 2006, the commission receives complaints against judicial officers and submits recommendation for action to the independent director of public prosecutions. 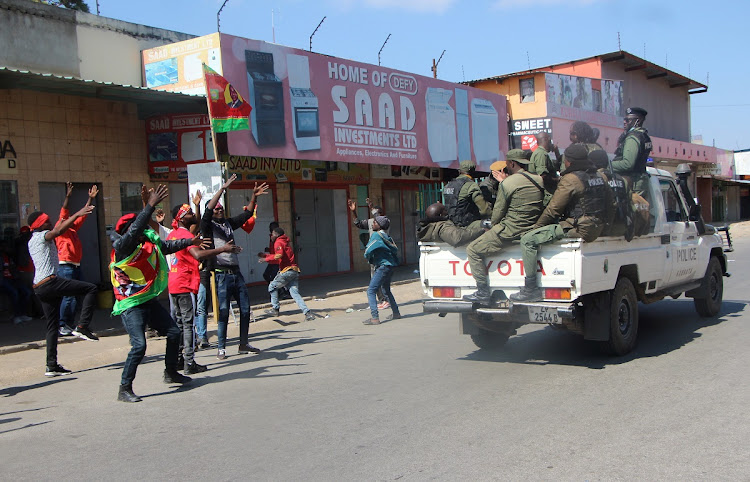 In October 2020, UPND MPs walked out of the national assembly to prevent the bill from being passed. But Lungu’s party vowed to reintroduce it after the elections.

Other forms of executive interference included using the Independent Broadcasting Authority to shut down privately owned news outlets critical of the government. This contributed to an already biased media environment.

Finally, there was mounting disenchantment with Lungu’s Patriotic Front in the party’s traditional strongholds of Lusaka and cities in the Copperbelt Province.

This because the party alienated the urban youth and middle classes because of its repression of civil society and surveillance on the University of Zambia campus. But the Patriotic Front’s cadres, typically unemployed men hired to extort money, provide informal security for party elites and disrupt opposition events, were a particular nuisance for urban market traders, minibus and taxi operators.

For instance, they charged extra fees to allow minibuses to pick up customers in particular areas or threatened violence against traders who refused to pay them illegal fees to sell from market stalls.

Though they have existed for decades in Zambia, cadres have become increasingly violent and extortionary under the Patriotic Front.

The extortion deprived city councils of revenue from the markets and bus stations. It also generated a culture of fear and frustration among the urban poor.

But the UPND has its own cadres who are equally violent. Now, Hichilema should enable the police to better regulate them. He must also hold councillors elected on his party ticket accountable if they condone cadre activity.

These four priorities are not new. In 2001, Zambia was massively indebted, politically polarised and led by a deeply corrupt president, Frederick Chiluba. He tried (and failed) to change the constitution to run for a third term as leader of the Movement for Multiparty Democracy.

Chiluba’s successor, Levy Mwanawasa, also from the Movement for Multiparty Democracy, reversed Zambia’s decline. From 2001 until 2008, the country enjoyed a period of economic growth. This was mostly due to good macroeconomic management that involved fighting corruption. But when Mwanawasa died in 2008, his successor, Rupiah Banda, created a more restrictive political environment. This contributed to the popularity of the Patriotic Front.

The onus is now on Hichilema to do a better job than his predecessors at stopping the cycle from repeating itself.