Business people, politicians and civil society bodies must push for a system that incentivises and protects them 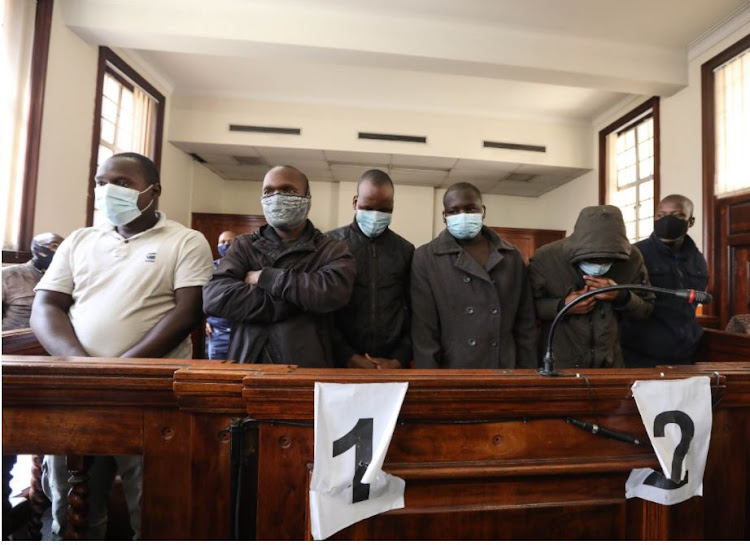 Numerous corruption scandals have been reported in SA in recent times. The extent thereof has been laid bare at the state capture inquiry over the past three years. Corruption can impede a country’s economic growth and undermine democratic principles, stability and trust.

Whistle-blowing is one of the mechanisms used to deter corruption. It encourages accountability, transparency and high standards of governance in private-sector and public institutions. Whistleblowers help combat criminal conduct and should thus be afforded protection by the state. But SA’s system is flawed.

Recently, the country was shocked by the murder of a woman who exposed corruption in the procurement of Covid-19 personal protective equipment (PPE).

As an academic, I’ve done work on the importance of whistle-blowers in general and on the possibility of paying incentives to people who blow the whistle on tax evasion.

This is one way in which their role could be elevated. There are others too, such as harnessing special courts to try cases. For example, I support calls for physical security to be provided to whistle-blowers and their families. I also believe whistle-blowing should be made national strategic priority. This would enable the country to develop an environment for transparency and accountability.

SA has seen a fair number of whistle-blowers raising the alarm on irregularities and corruption. The outcome for the individuals in a lot of the cases underlines that they don’t get the protection they deserve.

Notable examples include Paul Theron, the prison doctor who exposed poor health conditions at Pollsmoor Prison in the Western Cape.

Theron was suspended after he made the disclosures to parliament. He battled to get his case heard in the whistle-blowing process. But he finally ended up in the labour court. He was never reinstated.

VICTIM Babita Deokaran was murdered after she blew the whistle on PPE corruption in the Gauteng health department.
Image: Supplied

There’s also the famous case of Mike Tshishonga, a civil servant who made serious allegations to the media about a former minister of justice and constitutional development. He was immediately suspended and subjected to a disciplinary inquiry.

The matter took many years to be resolved, ending up in the Labour Appeal Court.

The most notable recent case was the murder of Babita Deokaran. She exposed corruption in the Gauteng health department before her death.

It is evident from these examples that the South African whistle-blowing environment is failing to encourage people to come forward.

SA has various pieces of legislation and regulatory policy documents that cover corruption and whistle-blowing. They also provide for the protection of whistle-blowers.

The most important of these is the Protected Disclosures Act 26 of 2000. It aims to encourage whistle-blowing in the workplace. It also seeks to create a culture that makes it easier to disclose information about criminal and other irregular conduct.

The constitution, the Labour Relations Act and the Companies Act are also part of the whistle-blowing legislative framework.

For its part, the South African Competition Commission encourages “authorised whistle-blowing” on cartels involved in, among other things, price fixing and collusive tendering.

In addition, the Prevention and Combating of Corrupt Activities Act seeks to strengthen measures to prevent and combat corruption. It places a duty on certain people holding positions of authority to report corrupt transactions.

The Protected Disclosures Act lists the auditor-general and the public protector as institutions that whistle-blowers can disclose information to. Both are important in achieving the purposes of the act and are equipped with specialists to deal with corruption and other illegal activities. But they should receive additional funding to do their jobs better.

SA’s regulatory framework is one of the best in the world. But there are gaps in the system.

Steps to strengthen the system

SA should consider setting up an independent whistle-blowing institution. This would help whistle-blowers from the time they make disclosures. It could ensure:

This would enhance the current system. It would also showcase the important role these heroes and heroines play.

I also think the country should consider using dedicated specialised courts and units that deal specifically with corruption and whistle-blower protection. This would:

Employers should have a zero-tolerance policy in dealing with corruption and other irregular activities. Internal procedures sometimes lack a proper commitment to follow up issues raised by whistle-blowers. Often no feedback is provided or nothing is done.

Finance minister Enoch Godongwana will deliver the keynote address at a webinar featuring some of SA's top thinkers and business leaders on September ...
News
7 months ago

I support the suggestion by the Open Democracy Advice Centre that the development of a “Code of Good Practice” would help. It sets out full and considered guidance to private and public bodies on interpretations of the law, implementation of whistle-blowing policies and alternative mechanisms for preventing corruption

In my research I support calls for the remuneration of whistle-blowers. For example, they could be eligible for a financial reward based on the amount of tax revenue eventually collected.

Lessons can be learnt from the US, which has strong whistle-blowing protections. These include the False Claims Act which allows private citizens to file suit on behalf of government when they have evidence of fraud. Such citizens who recover money or assets are entitled to rewards for their efforts.

Another is the Dodd-Frank Act. It provides for a reward of between 10% and 30% of the amounts collected if an “eligible whistle-blower” voluntarily provides original information.

Another problem is that it only kicks in when the whistle-blowing employee has suffered an “occupational detriment”. For example, when an employee faces disciplinary action, dismissal, suspension, demotion, harassment, intimidation or transfer against his or her will.

It is time for business and political leaders, as well as civil society organisations, to push harder for a system where speaking up is normalised and whistle-blowers are adequately protected. And rewarded.

Monray Marsellus Botha is head of department and associate professor, University of Pretoria.