Thabo Mbeki: ANC owes it to Luthuli's legacy — and to SA — to sort itself out

Chief Albert Luthuli deliberately bound us to the cause for which he received the Nobel Peace Prize when in his acceptance speech in Oslo, Norway, in December 1961, he dedicated the award in these words:

“I therefore regard this award as a recognition of the sacrifice made by many of all races, particularly the African people, who have endured and suffered so much for so long.

Chief Luthuli drew attention to the fact that the liberation of SA was an integral part of and would make an important contribution to the development of the Africa he and others like Pixley Seme and Steve Biko had spoken of.

And the Pan-Africanist perspective for the reconstruction and development of our continent and the aspiration that it plays its unique and rightful role in global affairs is, to use a popular colloquialism, part of the very DNA of the SA liberation movement. 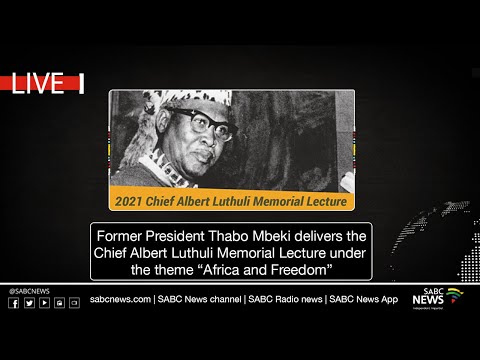 Bearing in mind the tasks especially of Chief Luthuli’s organisation, the ANC, two questions arise from these two conclusions. These are:

I believe that it is self-evident that for the ANC to remain loyal to the commitment Chief Luthuli made that it would “carry on the programme of African liberation and freedom for all to the best of its ability ...” it would have to retain its character as a true servant of the people.

In August last year, ANC president Cyril Ramaphosa wrote a letter to ANC members in which he said:

“As the inheritors of the legacy of Luthuli, Tambo and Mandela, we must be honest with our people and ourselves. We must acknowledge that our movement, the ANC, has been and remains deeply implicated in SA's corruption problem ... Today, the ANC and its leaders stand accused of corruption.

“The ANC may not stand alone in the dock, but it does stand as Accused No 1. This is the stark reality that we must now confront ... Those who see the ANC as a path to wealth, to power, to influence or status must know that they do not belong in our movement. They must change their ways or they must leave.”

For many years, with the ANC being the governing party, we have seen a stubbornly high and increasing level of unemployment, impacting mainly exactly on the working people who should benefit most from democratic rule

Before I comment on the important matter of the organisational renewal of the ANC, I would like to comment on the matter raised in the resolution of the 54th conference of loss of electoral support by the ANC.

This means that the ANC lost 12.19% of national electoral support during the four national elections during the period 2004 to 2019 inclusive. Thus, on average it lost 3% support on each election.

This means that the ANC lost 18.8% of local electoral support during the four local government elections during the period 2006 to 2021 inclusive. This means that on average it lost 4.7% support on each election.

The continuous degradation in the quality of the membership of the ANC emphasised at all ANC conferences for the two decades between 1997 and 2017 contributed directly to this sustained loss of electoral support by the ANC.

We must add to this the important matter of what has happened to the standard of living and quality of life of the people, especially the working masses, especially given that the ANC has campaigned on the promise of “a better life for all” in all the elections since 1994. 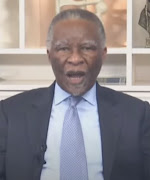 For many years, with the ANC being the governing party, we have seen a stubbornly high and increasing level of unemployment, impacting mainly exactly on the working people who should benefit most from democratic rule.

We therefore see that this unemployment rate has grown by 13.4% in the 13 years between 2008 and 2021. This means that the millions of the unemployed have continued to grow in number whatever and despite the efforts of the successive ANC governments.

As we would expect, these ever-increasing unemployment rates reflect an economy in crisis. I will cite a few economic growth rate statistics during the period between 2008 and 2020.

In reality these figures speak of a stagnating economy incapable of creating the required jobs, bearing in mind the numbers of job seekers who enter the job market every year. Therefore they speak of the growing impoverishment of millions of our people.

We should also briefly mention the important matter of the distribution of wealth in our country. Once again, here the story is also not good.

A report published only four months ago by the World Inequality Lab says: “Attempts by the now-democratic government to wipe away the legacy of apartheid and colonialism have failed to narrow the imbalance between rich and poor ...”

That imbalance is reflected in these figures in the 2021 Global Wealth Report of the financial group Credit Suisse that SA’s richest 1% currently holds about 41% of the country’s total wealth, an increase from 35% recorded in 2019.

Credit Suisse also says that 90% of the population controls only 20% of our country’s wealth and that while the top 1% grows richer the country grows poorer as the population increases while the economy stagnates.

Given the continuing apartheid legacy, we all know what this report about wealth distribution means in the context of the entrenched racial and gender decisions in our country.

We also remember that the report talks of a reality presided over by the ANC as the governing party.

As we celebrate the eminent leader Chief Albert Luthuli today, on the occasion of the 60th anniversary of the award to him of the Nobel Peace Prize, I believe that there are at least three major challenges to address which would also practically confirm our claimed loyalty to his legacy.

Naturally the matter of the renewal of the ANC is fully the responsibility of this organisation of Chief Luthuli, which must implement what is after all a directive issuing from its 54th national conference. Because it is the governing party, the ANC owes the whole country this renewal.

Without this renewal, it will be impossible effectively to deal with the scourge of corruption. Without this renewal, it would not be possible to build the capable state which is vital not only for service delivery but also to achieve the required economic growth rates as well as significantly improve the safety and security of the population at large.

The challenges of high levels of poverty, unemployment and inequality stare us in the face, contrary to what Chief Luthuli expressly said was an intolerable result of the colonial and apartheid systems.