NIVASHNI NAIR | ‘I never want to feel that way again’: the day the most stoic people cried

When my husband watched rioters strip his firm of 10 vehicles, he wasn’t prepared for the helplessness and devastation

To celebrate our award-winning journalism, Sunday Times Daily is republishing some of the best articles of the year, including those that walked away with an accolade in the Vodacom journalism awards. Nivashni Nair (KZN region) won for a heart-wrenching piece on how her usually stoic husband reacted to his office being looted and damaged during what President Cyril Ramaphosa would call a “failed insurrection”.

I had seen my husband cry only twice until Tuesday night.

The first was when his mother died in 2009 and the second when we learned that our IVF, to conceive a child after many years of trying, was successful.

On Tuesday night, he watched via his cellphone a group of looters break into his office.

On his tablet, a car tracking app showed that vehicles were being tampered with.

In less than two hours, 10 company vehicles were stolen.

My husband is the general manager of a fibre optics company based in Riverhorse Valley and when we learned that rioters were ripping Queen Nandi Drive apart, we knew his office would be hit.

But he did not prepare himself for the helplessness and devastation.

The tracking company could not go in as Queen Nandi Drive had been deemed a volatile area. The police already had their hands full.

So all he could do was sit and watch it unfolding on screen.

And when it was over, when the last stolen vehicle drove away and his office emptied, he burst into tears. 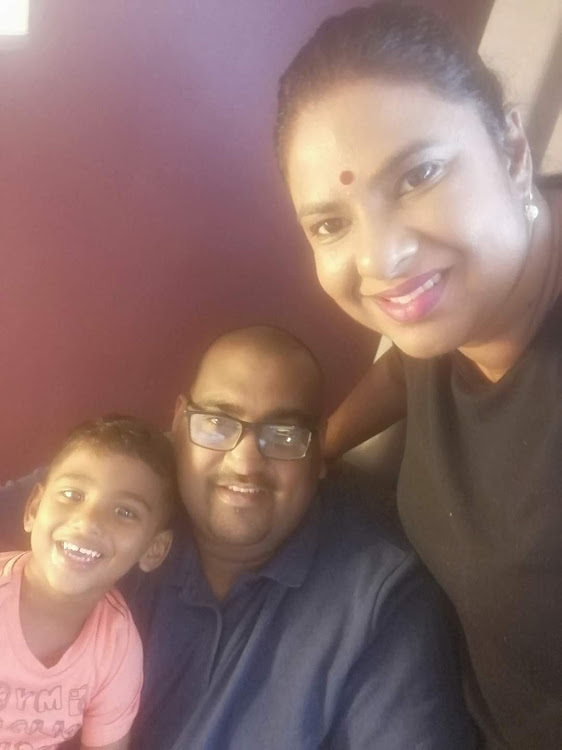 But he wasn’t crying for the vehicles and equipment or that his personal workspace had been violated.

“It’s not about the assets. It’s about the staff. One staff member lost his wife a few months ago and has a child to feed and raise a child on his own. Another is on maternity leave. What about the one, who is the only one working at home and is putting two daughters through university. What about me? Our jobs are at risk because millions have been lost.”

He quickly wiped away his tears when he saw our four-year-old son watching him closely.

Riav brought his toy phone to me.

“Mommy, please call the police. They will bring back the vans and my Lego Police Station,” he said.

We had forgotten about the Lego.

My husband bought it months ago and stored it in his office so Riav wouldn’t get his hands on it at home before his birthday.

Talking about his Lego at “my daddy’s office” is one of Riav’s favourite topics even to strangers and he was eagerly awaiting his birthday to finally get his hands on it.

Now that a few days have passed, my husband, like many others in Durban and Gauteng, are focused on rebuilding. But it’s not easy to shake off the feeling of helplessness.

“I never ever want to feel that way again and I don’t even want to talk about it,” he tells me.

Riav, on the other hand, has a new favourite topic. He walks around with his toy cellphone showing me imaginary photos of his stolen Lego.

He doesn’t know yet that his bicycle was also stolen from the company’s workshop.

Nivashni Nair is a senior journalist for the Sunday Times in Durban.