EDITORIAL | Holey moly. SA must do something to stop that sinking feeling

If the country doesn’t invest in road and rail infrastructure now, the pot will run seriously dry and we’ll all go potty 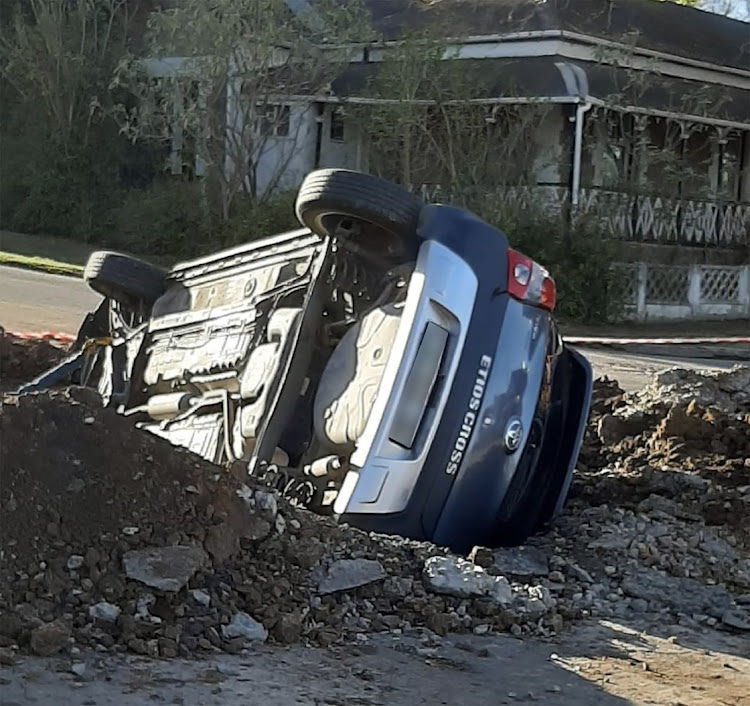 VERY CROSS This vehicle was swallowed by a sinkhole in Makana, Eastern Cape.
Image: Supplied

Residents and motorists across SA have got that sinking feeling. Literally. Sinkholes are increasingly opening up across the country, particularly on the West Rand, and experts have warned it could get worse.

The most recent high-profile sinkhole was on the N1 in Tshwane, where parts of the freeway were closed because of the road falling away. But this wasn’t the only one. The city reported 41 sinkholes that needed to be fixed, with Centurion, Laudium, Pretoria West and Atteridgeville the most affected.

The repair cost? “Millions,” Tshwane told Sunday Times Daily in response to questions. About 29 of those millions for this financial year alone.

But those 41 sinkholes don’t begin to break the surface of the problem. The Council for Geoscience told the Sunday Times about 200 sinkholes were reported in SA in the past five years.

One expert said sinkholes could be almost eliminated by dolomite risk management. Dolomite, which is common across Gauteng, is a form of limestone that’s prevalent in areas where sinkholes tend to materialise. 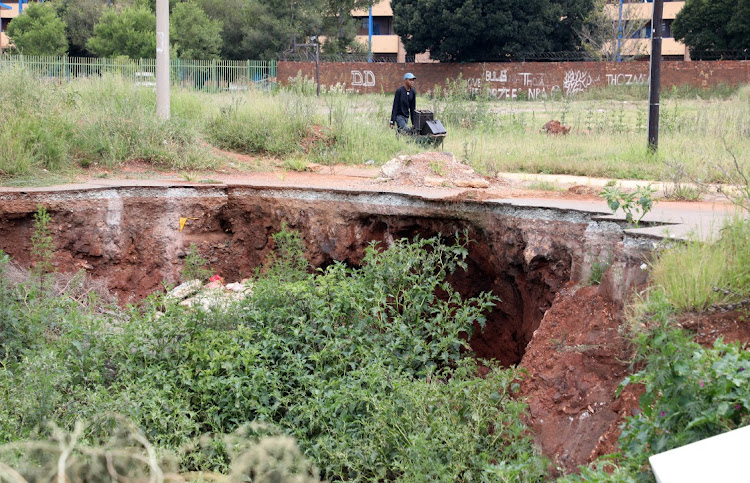 ROAD TO NOWHERE This sinkhole opened up early in 2021 in Khutsong on the West Rand.
Image: Antonio Muchave

“This typically includes maintenance of water-bearing infrastructure, upgrading and replacement programmes of ageing infrastructure, stormwater management and control and land-use restrictions, among other things,” Willem Meintjes, manager of the engineering geology and geohazards department at the Council for Geoscience, said.

Mining activities are also largely responsible for the problem, which was the case with the widely reported and particularly destructive sinkhole on Benoni’s Snake Road.

The solution? As highlighted in Meintjes’ comment above, better and more routine maintenance, something South African cities are notoriously bad at.

The well-worn illustration of a car holds up here. If a vehicle is regularly serviced, there is less chance of it breaking down and frequent problems surfacing — and if there are problems, they are picked up early and dealt with before the car grinds to an expensive-to-repair halt.

So too with our roads. Cities need to invest more in maintenance. This isn’t an option any more, it is a necessity. Experts need to be brought on board to do full assessments and their recommendations followed through. And as costly as this might be, it is significantly cheaper than the cost of repairing roads once they collapse. Just ask Tshwane.

Another solution, of course, would be to get vehicles off the road. Rail infrastructure needs to be invested in more deliberately and effectively. Again, it’s logic — the fewer vehicles on the road, the less chance of damage and inconvenience should something go wrong.

Right now our roads are simply too congested and inadequately maintained. This must change. If it doesn’t, money will be thrown into a literal pit.