Activist Simon Mbatha died last month aged 50. He leaves a legacy of fighting for those on the fringes of society 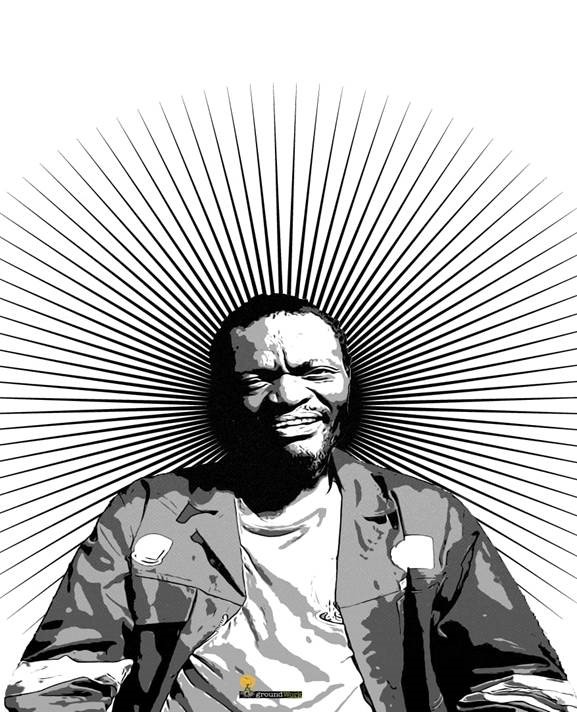 AN UNWASTED LIFE Simon Mbatha was killed in an accident in Sebokeng.
Image: Lunga Bhengu / groundWork

It all started in the Free State, at the dump in Sasolburg, 15 years ago. It was a chilly, dry winter when I accompanied groundWork researchers to the landfill in 2007.

We were met by a couple of very dark-skinned people in very dusty clothes, as if they had been walking on a busy dirt road. I communicated with them in English. They spoke Sesotho and Afrikaans.

Simon Mbatha stood out from the group by making an effort to communicate with us, telling of the difficulties they faced in their daily work of salvaging recyclable materials for money. The relationship between Simon and I started that day.

He had a Zulu surname and he used me to learn isiZulu and English, perfecting the former over time. In the beginning he couldn’t construct a sentence. He joked that people should speak to me in Sesotho because I did not want to learn the language.

We worked closely, roaming the country trying to encourage pickers to organise themselves because waste management was on the brink of being privatised, meaning pickers would lose their livelihoods. We worked in diverse and multicultural communities around SA because he was able to converse in many South African languages. He spoke Setswana, Afrikaans and isiZulu, switching between them, depending on which province we were in.

After travelling to almost every town in the country, a national waste pickers’ meeting was held in Johannesburg in 2009, the first of its kind in Africa. Out of that, the South African Waste Pickers Association (SAWPA) was born.

At the gathering Mbatha was elected chairperson of the organisation and mandated to speak to the media on its behalf. He excelled at serving and leading SAWPA. His confidence grew and groundWork made sure he was exposed to different social issues, information and spaces.

He attracted media attention and commanded respect in places such as parliament, having been invited to represent SAWPA at portfolio committee discussions on the concept of zero waste.

Mbatha had a strong personality and spoke his mind. In his deep, emphatic voice, he would argue and drive his points home, whether speaking to a professor or a fellow waste picker. He had a broad smile, but when engaged in debates his eyes often made people uncomfortable.

Mbatha had a strong personality and spoke his mind. In his deep, emphatic voice, he would argue and drive his points home, whether speaking to a professor or a fellow waste picker. He had a broad smile, but when engaged in debates his eyes often made people uncomfortable.

He travelled to India, Brazil, Egypt, Spain and France, to name a few, making a telling contribution as the African representative of the Global Movement of Waste Pickers.

Then, in 2014, newspaper headlines proclaimed: “Junk collector meets the Pope.” That’s right. Mbatha had dinner with Pope Francis in Rome.

He was also instrumental in ensuring vulnerable waste pickers were not abused.

Late water and environmental affairs minister Edna Molewa once hosted him for lunch to familiarise herself with waste pickers’ issues. Even current minister in that portfolio Barbara Creecy engaged with Mbatha on Covid-19 relief for waste pickers in SA. At the peak of the pandemic they were declared essential workers after he wrote to government to demand this.

Mbatha, who made a massive contribution to the waste movement, stood strongly by the term “waste pickers”, one that was considered shameful in the early 2000s, but which has now been embraced and imbued with a sense of dignity. Because of his drive and work ethic, there are now guideline documents for municipalities on how to integrate waste pickers into waste management systems.

Sadly, a February 19 accident in Sebokeng robbed us of this great man, but we will ensure we take up the baton and continue the good work he started.

May God comfort the Mbatha family in these trying times.

Musa Chamane is a groundWork waste campaigner. This tribute was first published by groundWork.