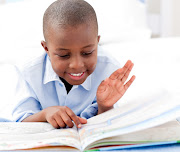 Image: 123RF THE JOY OF READING The authors say they hope their books will instil in children curiosity about their own families, adding that they provide an opportunity for young readers to talk to their grandparents about their stories.

A new series of books called Imbokodo: Women Who Shape Us (Jacana Media) explores the neglected histories of South African women. Geared at younger readers, there are three books in the series: 10 Extraordinary Leaders, Activists & Protesters; 10 Inspiring Singers, Writers & Artists; and 10 Curious Inventors, Healers & Educators. The authors are Xolisa Guzula, an early literacy specialist and children’s author, and Athambile Masola, a historian and poet. We asked them about the project.

What does Imbokodo mean?

Guzula: Imbokodo is an isiZulu word that means “rock”. It’s often used in the saying, “Wathint’abafazi, wathint’imbokodo, uzakufa! Ubobhasopa!” (“You strike women, you strike a rock. You will be crushed! You should be careful!”)

This was a chant used by women during the struggle for liberation in South Africa. As we know, black women’s struggle is against racism, class and gender oppression. The importance of the term lies in demonstrating that the strength of women comes in their collective and collaborative efforts. This is why we chose this word for our series. We see in these books how women worked with each other in building and shaping the society we now find ourselves in.

Masola: While the idea of imbokodo has been associated with the chant from the 1956 Women’s March, in which thousands of women marched on Pretoria in protest against the apartheid state and its pass book laws, we felt it was important to feature stories of women who came before 1956. Without some of the work done in the early 1900s to build the women’s movement it is impossible to fully appreciate what happens in the 1950s. Evoking this symbol of imbokodo allows us to see our current struggles in relation to the past.

How have these women’s stories been told in the past — if at all?

Guzula: Our history and development is told from men’s perspective. We hear about how the men were heroes, intellectuals and pioneers. If their stories are told, women are shown as supporters [of] their men, like we hear that educator, author and politician John Langalibalele Dube started a school with his wife, Nokutela Dube, but her role is often not elaborated on. Women are seldom shown as pioneers, inventors and creatives. Patriarchal culture dictates that women use their marriage surnames, such that their efforts add value to their husband’s lineage rather than their birth families. In Imbokodo we try to provide each and every woman’s maiden name.

We have noted some improvements in the recognition of the work that our imbokodo women have done, in that the government’s national orders have been bestowed on some, if not most of those featured in our books. But this is not common knowledge for many South African children in schools.

Secondly, women’s stories are told in a way that shows them as working alone, as the women they worked with are not always written about as part of their stories. This, of course, closes opportunities for further work ... [to discover] what many other women might have worked on in collaboration with the women we write about.

The 1956 protest couldn’t have happened without collaboration. We also see how the women’s stories were interconnected. For example, Mam’ Dube started the Ohlange Institute and former deputy president Dr Phumzile Mlambo-Ngcuka was a student there and also taught there. Or the network of feminists and social workers, Zanele Mbeki and activist and social worker Winnie Madikizela-Mandela, who studied at the same institution. Thus, the women were not alone. Together, they formed a strong force which confronted the colonial and apartheid regimes.

We have noted some improvements in the recognition of the work that our imbokodo women have done, in that the government’s national orders have been bestowed on some, if not most of those featured in our books. But this is not common knowledge for many South African children in schools. Children learn about these women later on in life, and only if and when they are curious to read. By then, this information is only accessible to those who can read in English. Our books are available in isiXhosa, isiZulu, Afrikaans, Sesotho and English.

Masola: Women have also told their own stories through memoirs and essays. But much of the ways in which South Africa’s history is told is through political history and grand movements. Very little is written about how women are affected by wars, for example; the assumption is that the stories about war are the stories of men.

How did you make the selections for each of the books?

Masola: This was really tough. But it is important that people see our selections not as definitive, but as ongoing. The historical figures were much easier than the contemporary figures because we had been collecting content for years. So we initially made a list of people who come to mind and have possibly not received as much attention in previous works, such as books such as Women Writing Africa. Someone like schoolteacher Mina Soga is less well known than scholar and activist Charlotte Maxeke, even though they were contemporaries. Even while there are a few more hypervisible figures, such as Maxeke and social worker and activist Madikizela-Mandela, it felt important to include them because they are the hook or entry point for some people insofar as how they understand women’s role in history.

We hope young readers will question the way they are taught history in schools. I hope many of them will be curious about the stories that are yet to unfold, particularly in their own families.

Guzula: Athambile and I were part of a team that started a school for black girls in Khayelitsha, Cape Town. Some of the women who inspired us are women who started schools before us, when conditions were even harsher. They showed us the power of working with others and we wrote these books in collaboration, following in their footsteps. Nurses like Cecilia Makiwane and Dora Nginza, social workers such as Mam’ Mbeki, Mam’ Madikizela-Mandela, Brigalia Bam, Lilian Tshabalala, Sibusisiwe Makhanya and Maxeke showed us what community work involved.

What also inspired us was to see how these women worked in interdisciplinary ways, sometimes starting off by being teachers and then becoming change-makers. We also wanted to include people who are custodians of our indigenous knowledge systems, such as musician Madosini, artist Esther Mahlangu and herbalist and midwife Louisa Mvemve. Writing about them helps us to reclaim our humanity and being, our knowledge and ways of doing, while also embracing new ways.

What do you want young readers to take away?

Masola: We hope young readers will question the way they are taught history in schools. I hope many of them will be curious about the stories that are yet to unfold, particularly in their own families. These books are an opportunity for young readers to talk to their grandparents about their own stories.

Guzula: It is important for children to see that women have agency and are able to take up powerful positions in society to build and shape their world and determine their future.

Xolisa Guzula is a PhD candidate in language and literacy at the University of Cape Town.

Athambile Masola is a lecturer at the University of Cape Town.