Rhoda Kadalie was fierce and had a mind of her own, like it or not 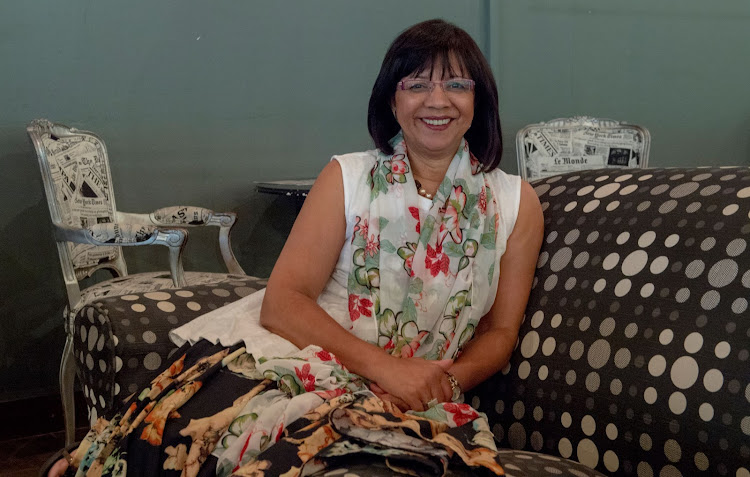 News that Rhoda Kadalie had died in California came as a shock. It was as sad as it was distressing. Kadalie, 68, was cared for by her only daughter Julia. She had moved to the US a few years ago to be with her family.

Most people I know had a multifocal relationship with Kadalie. Some loved and respected her intellect, her almost brazen outspokenness, her quirks of character and her open-book instincts and prejudices. To so many of us she was all those things, almost at once. But for her to die at the age of 68 was simply unimaginable. She was indeed a complex personality.

She could pick up quarrels with members of staff of the commission over the most minor infringements.

To those of us who served with her for almost five years as fellow human rights commissioners, she was an absolute professional in taking her share of the work. She requested that she be based in the Western Cape, where a provincial office was to be established. She was the presence of the commission in the Western Cape. She undertook her duties and submitted her reports diligently. In retrospect though, I have become convinced that was an unwise decision. She became too regionally focused, and she became alienated from her colleagues and saw no need to practise collegiality.

To many of us Kadalie came to the commission with a reputation as a feminist scholar, a protégé of Prof Jakes Gerwel, a graduate of the prestigious Institute for Social Sciences at The Hague and a budding academic at the University of the Western Cape. She left all that to serve full-time as a member of the Human Rights Commission.

At the commission she soon established a reputation as an argumentative, opinionated and a feisty woman. In the context of the commission these were all admirable qualities. But at the extreme end of that she was divisive and largely struggled to work collegially. She could pick up quarrels with members of staff of the commission over the most minor infringements.

Though she had a lot of respect for Nelson Mandela, who was president at the time, she was generally dismissive of politicians.

In truth, on a personal level she had no respect for some of her colleagues. When around her we had to be alert, on our toes, clear in our thinking and be prepared to argue even minor points ad nauseam. The constitution required that we exercise our functions independently and that we be impartial, exercise our powers and perform our duties without fear, favour or prejudice (s.181(2)). Members of the commission were not just individuals, we believed, who could pronounce indiscreetly on aspects of the collective work of the commission. I do not think she enjoyed her time at the commission.

She came to the commission as an acknowledged expert in women’s rights, but she made a point of not being straitjacketed and was passionate about her work in the Western Cape. Though she had a lot of respect for Nelson Mandela, who was president at the time, she was generally dismissive of politicians. Even then her hostility to the governing ANC was measured. Kadalie had a mind of her own and we all had to live with that.

She resigned as a member of the Human Rights Commission in 2000 on the basis of a disagreement between her and the communications and media executive. As was her inclination she did not discuss her unhappiness with either the CEO or with me as chairperson. She was wont to make these attacks in open commission meetings. The CEO and some of the commissioners did not enjoy her respect.

She did, however, discuss with me her decision to resign. I counselled her strongly against it . She was critical of some of her colleagues, especially their work ethic. Unhappily, she sent her letter of resignation to the secretary of parliament. Through the December period of that year I maintained a conversation with her begging her to reconsider. When she decided to withdraw her resignation by January, she was informed by the secretary of parliament that the resignation had been accepted and could no longer be withdrawn. I noticed that in public disputations she held me to blame for her departure from the commission, but that was not a matter I was prepared to debate.

With this untimely passing of Kadalie, SA has lost a voice and an intellect, one who was outspoken, right or wrong, but who was passionate about integrity and honesty.

We wish Rhoda Kadalie smooth passage to her heavenly rest. To Julia and her family, we pass condolences. May she rest in peace.

N Barney Pityana was chairperson of the SA Human Rights Commission from 1995 to 2001.