There is scope for functional federalism and Cape Town’s policing, power and rail passenger schemes prove this 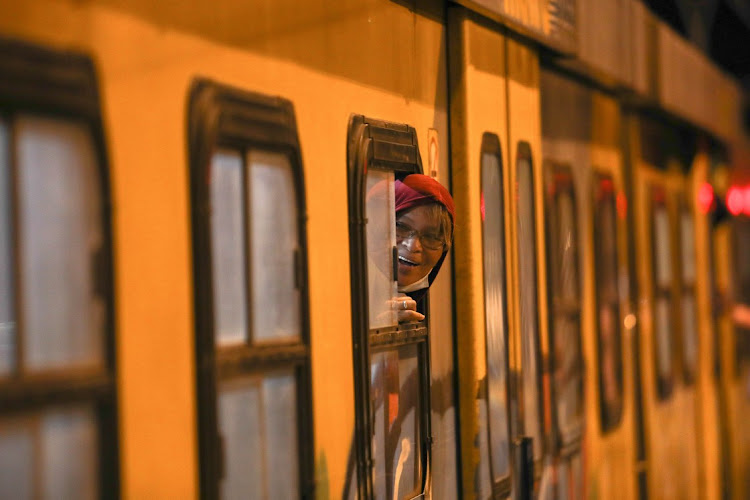 ON TRACK A commuter peep out of a train window at Bellville station in Cape Town. According to mayor Geordin Hill-Lewis, the City of Cape Town is ready to begin the transfer of the metropolitan rail function from national government to the city.
Image: Esa Alexander

There are many people who say that SA is either a failed state or is fast becoming one. It doesn’t matter whether you agree with this assessment or not. What matters is that we have the choice and the power to put our country on the correct path.

State failure need not be inevitable. In fact, there are places in SA where things work, where citizens are listened to and where services are delivered for everybody.

In the City of Cape Town, we are doing all we can to effectively fulfil all the functions traditionally assigned to local governments. But, we are going further than that: we are starting to move into policy areas that have historically been out of our scope.

Thankfully, the constitution backs up this point. Section 156(4) states that a municipality must be assigned a function when there is agreement between the national and local governments; and where there is adequate capacity at the municipal level to perform the function.

Take policing, for example. While policing is primarily a national competency, the City of Cape Town has — through the proper interpretation of national legislation — empowered our metro police officers to go beyond their previously limited responsibilities.

This has been necessitated by the chronic under-resourcing and underfunding of the national SA Police Service (SAPS) in the Western Cape. Since 2018, there has been a withdrawal of over 500 SAPS officers here, and though there has recently been an additional deployment, even this deployment is 821 officers fewer than what was budgeted for.

I am a huge believer in this beautiful country of ours. I know that we face many challenges as a nation, but I am convinced that — if we work hard — we can fix any problem. It starts at local level.

This is why the City of Cape Town and the Western Cape government have worked together to deploy 1,000 extra Law Enforcement Advancement Plan (LEAP) officers to the 11 worst crime hotspots in our city. The result has been a 40.5% reduction in crime in Kraaifontein, a 24.1% decrease in Nyanga, a 21.1% drop in Khayelitsha and a 14.5% cut in Harare — all areas where we have deployed dedicated LEAP units. Some of these hotspots have now dropped off the murder-capital lists that they have dominated for a decade.

We will continue to find more money in our budget to train and deploy additional police officers — this year alone will see the addition of 230 new officers. And we will continue expanding our training college to produce more officers so that we can plug the gaps left by the SAPS.

We are taking the same approach to electricity generation. I don’t need to spell out how the national government has failed to manage the country’s power supply. All of us feel the inconvenience of load-shedding on a regular basis, and we see the impact that load-shedding has on service delivery, on businesses and jobs.

We have already initiated discussions with Eskom to transfer its customers on to the city’s system, so that every Cape Town resident can be protected from a stage of load-shedding. The city’s energy team is doing a detailed analysis of Eskom supply areas, and Eskom has pledged its support and cooperation in providing the information necessary for this analysis, and in working together towards a transfer process after that.

And so we are moving as quickly as possible to bring independent power producers (IPPs) on board to further reduce our reliance on Eskom. In the meantime, we have announced that embedded commercial generators will no longer be compelled to be net consumers of city-supplied power; in fact they will be incentivised to be net producers.

These policy shifts will, in combination and over time, take us closer to the goal of making Cape Town the first load-shedding-free city in SA.

Another example of functional federalism is the direction we are headed in when it comes to passenger rail. The national government’s rail service has long reached crisis point in Cape Town, with just 33 operational train sets in 2020, compared to 95 train sets in 1995. Since June 2019, the number of train trips on Passenger Rail Agency of SA (Prasa) trains dropped from 444 on a weekday to just 153 — a 66% reduction in availability of the service.

And so I was pleased to announce last week that the City of Cape Town is ready to proceed with devolving the metropolitan rail function from national government to the city.

Finance minister Enoch Godongwana has given Cape Town the go-ahead for a feasibility study into the city taking over commuter rail, mayor Geordin ...
News
1 month ago

This process has been helped in no small measure by finance minister Enoch Godongwana who, in a letter to the City of Cape Town, gave us the a green light to conduct the legally required passenger rail feasibility study as the first step towards full devolution. We have already issued the tender for the study, and the work will begin as soon as the new financial year starts on July 1.

Godongwana further confirmed that the intention is for public transport to be devolved to the lowest level. This is a big deal, because up until now the national government had tried to block any attempt to devolve passenger rail to the city. There is a new wind blowing, we hope.

I am a huge believer in this beautiful country of ours. I know that we face many challenges as a nation, but I am convinced that — if we work hard — we can fix any problem. It starts at local level. I want Cape Town to become the standard-bearer for good government in SA, a place where things work and every citizen is given a fair chance to live a better life. That does not mean we are in competition with other spheres of government. We are all South Africans, and we all want our country to succeed. We will achieve our goals by collaborating with our colleagues in national and provincial government, and sharing knowledge and expertise with other cities. I fully intend for this city to take greater control of its own destiny as envisaged in the constitution. We will be a beacon of hope for every citizen of this magnificent country.