CAIPHUS KGOSANA | Striking Eskom workers got what they wanted, but at what price?

Eskom workers struck an increase slightly above inflation, but there are wide-ranging consequences to their actions 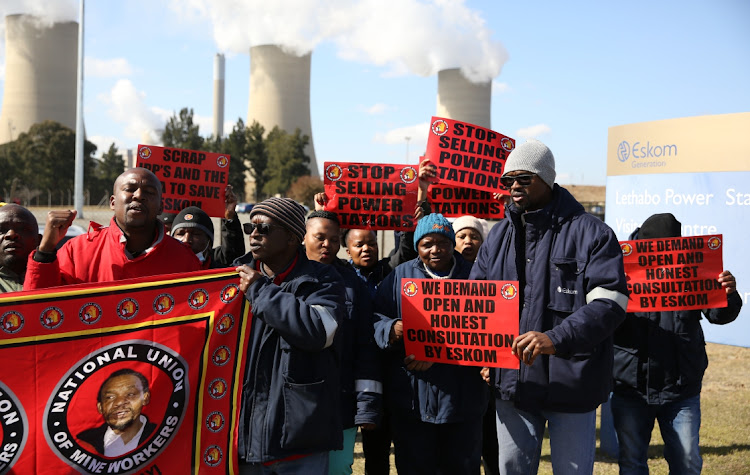 Petrol went up this morning by another R2.57 a litre. This brings the price of 95-octane to a soul-sapping R26.74 a litre inland. If you drive a car with a 50-litre tank engine — standard for most basic cars on our roads — that means you’ll pay R1,325 to fill up from empty. Depending on your weekly commute to and from work, and weekend travel, motorists on average have to fill up four times a month. I don’t have to complete the maths for you to work out how scary the monthly aggregate is.

Add bond repayments or rent, the cost of food, municipal rates and taxes, school fees, medical aid and other health charges and South Africans are living on Nightmare Street. If middle-class families are drowning in rising costs of living, what about working class families? What of poverty-stricken ones who rely on social grants for survival?

We are not the only country facing a dramatic rise in the cost of living; governments all over the world are struggling to cushion citizens against this scourge and so far are losing the battle. Thanks for nothing, Vladimir Putin.

However, in this country we cannot just blame Russia’s invasion of Ukraine for our woes. Our inept leaders are largely responsible for this sorry state of affairs.

The power crisis is entirely self-inflicted. When the economy was growing at 5% and 6%, the Mbeki government ignored requests to invest in additional generation capacity. When Eskom was still internationally recognised as one of the best-run energy companies in the world, Zuma allowed his friends to loot it.

Having been pummelled by stage 6 load-shedding for almost two weeks, we are firmly in the fourth stage of grief — depression. The sooner we reach the fifth stage — acceptance that load-shedding is here to stay — the sooner we can all start to heal.

All this talk of a social compact between government, business, labour and civil society on what is good for the country, remains nothing but talkshop babble.

At least unionised workers at Eskom are cashing in on our pain. The National Union of Mineworkers (NUM) and their buddies at the National Union of Metalworkers of SA (Numsa) connived to sabotage the power system because their members’ pay demands are more important than this fragile economy. After holding the country to ransom, Eskom workers finally accepted a 7% increase on Tuesday. This is half a percent higher than the latest recorded inflation at 6.5%, and a full percent higher than the upper limit of the Reserve’s Bank’s 3% to 6% target range.

I read a story on TimesLIVE about how some regions of NUM were proposing that Eskom pay striking workers a R15,000 one-off fee as a condition for returning to work. The story wasn’t clear on the reasons, but it confirmed my long-held view that our trade unions really hate this country.

All this talk of a social compact between government, business, labour and civil society on what is good for the country, remains nothing but talkshop babble. A compact of this nature, as contained in the economic reconstruction and recovery plan, speaks of the trade-offs and sacrifices required from each social partner for the common good.

For example, government takes responsibility for creating legislation, policies and an enabling environment for economic growth and prosperity. Business agrees to join government as a partner in helping grow the economy while also adhering to fair business practices and ethical conduct. Citizens commit to, for example, protecting public property and pledge not to undertake actions that harm social and economic development. Maybe when they were negotiating the social compact, someone forgot to tell the unions that crippling power generation amounts to a betrayal of the social compact.

There is a reason Eskom power stations are national key points, because without constant electricity supply we might as well shut the country down and call it a day. Do unions even care about the unemployed, or SMMEs that rely on electricity to keep their businesses afloat? Do they care about the young lady who quit her job and cashed in a portion of her retirement savings to start a small laundromat employing two other people, then had to lay them off last week because she couldn’t run the machines?

Are Irvin Jim and William Mapaba (general secretaries of Numsa and NUM respectively) proud of their handiwork? Their members might have scored above-inflation increases, but it’s a pyrrhic victory. We all lost. We are all poorer as nation because of their callousness and greed.