MANDELA DAY | SA’s work is in progress, with emphasis on work

Honouring Madiba means acknowledging the long walk is not nearly over, and there are potholes in the road 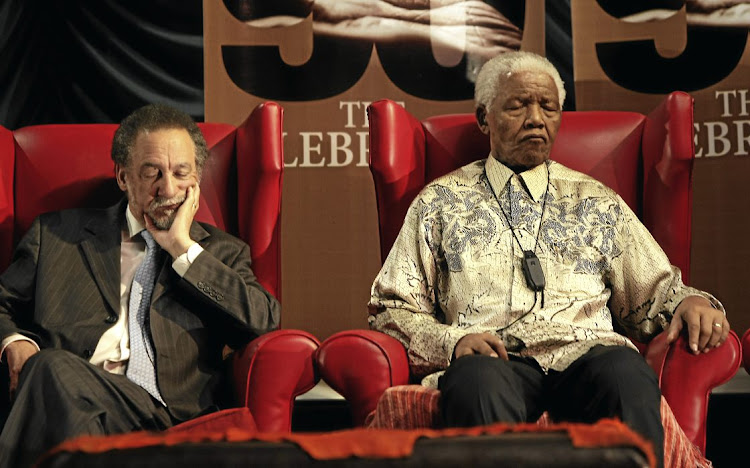 In July, we remember and appreciate, honour and celebrate our first democratically elected president, Nelson Rolihlahla Mandela. On Mandela Day  and beyond, we need to honour him faithfully and appropriately.

It is important to remember that Madiba never claimed his work was completed. At the end of Long Walk to Freedom he writes: “The truth is that we are not yet free; we have merely achieved the freedom to be free, the right not to be oppressed. We have not taken the final step of our journey, but the first step on a longer and even more difficult road.”

Madiba continues: “I have tried not to falter; I have made missteps along the way. But I have discovered the secret that after climbing a great hill, one only finds that there are many more hills to climb. I have taken a moment here to rest, to steal a view of the glorious vista that surrounds me, to look back on the distance I have come. But I can rest only for a moment, for with freedom come responsibilities, and I dare not linger, for my long walk is not yet ended.”

Mandela taught us that the transformation journey to a society of dignity, healing, justice, freedom and equality for all is not yet complete. If we truly want to celebrate Madiba, we should continue this journey of transformation. We should start afresh every time. We should not be distracted, but persevere and stay focused.

If we truly want to celebrate Madiba, we should continue this journey of transformation. We should start afresh every time. We should not be distracted, but persevere and stay focused

Madiba also admitted that he made missteps.  Mandela’s acknowledgment of weaknesses paves the way for us to engage critically with his legacy. Many people criticise him today, saying he is to blame for our socioeconomic problems. Some claim Madiba and his negotiation team did not make adequate provision for the restructuring of the political and economic system to ensure the eradication of poverty, unemployment and inequality.

Others accuse him of making it very difficult, if not impossible, for successive governments to bring about socioeconomic liberation for the majority. They even argue that his agreements with the National Party, the corporate sector and the international community, especially Britain and the US, implied that socioeconomic inequalities could continue along mainly racial and gender lines.

If we want to celebrate Madiba today, we should appreciate this awareness of imperfection on the transformation journey. The best that we might be able to achieve is ambivalent progress. Sometimes we make clear progress, and other times we stagnate or do not go fast enough to the roots of problems. We simultaneously have reason to celebrate and to mourn. We are always aware of the need to accelerate and deepen transformation. This awareness of inadequacy invites courageous and constructive criticism. On April 17 1994, 10 days before our first democratic elections, Madiba attended the worship service of the general synod of the newly formed Uniting Reformed Church of Southern Africa in Belhar, Cape Town.

I was one of the liturgists at that service. The vice-chair of the synod, the Rev Sam Buti of Alexandra in Johannesburg, welcomed Madiba and expressed appreciation for his exemplary leadership. He wished him well for the years ahead and assured him of the continued support and co-operation of churches.  Buti also promised Madiba that churches will offer courageous and sharp criticism should his government betray the vision of dignity for all, healing of wounds for all, justice for all, and freedom and equality for all. Just as they opposed the apartheid regime, they would oppose future governments who abandon this vision.

If we want to honour Madiba appropriately, we should not romanticise or idealise him and the liberation movement that he led

In the same vein we should criticise other roleplayers in politics, the corporate sector and civil society. Moreover, we should always offer public criticism that is accompanied by self-criticism. To honour Madiba faithfully is to rid ourselves of the nostalgia that prevents us from seeing and exposing the injustices that worsen the plight of the most vulnerable.

Mandela constantly taught us not to view him as a moral elite. He emphasised that what he had achieved, was the result of teamwork and the sacrifices of so many South Africans and their allies in other countries. The director-general in Madiba’s office, the late Jakes Gerwel, cautioned strongly against portraying him as a moral hero, as this could unintentionally feed the notion of moral elitism. When we view Madiba as an extraordinary person, it becomes much easier to see ourselves as ordinary human beings who can be excused from fulfilling their responsibilities in personal, professional and public life.

So, if we want to honour Madiba, we should embody the noble vision of democracy and prioritise an ethos of responsibility. We should establish and strengthen new partnerships for democracy.  We need to build democracy together. On his release from prison in 1990, Madiba committed himself to the fundamental restructuring of the political and economic systems to rectify the inequalities created by apartheid and establish a truly democratic SA.

If we want to honour Madiba, we should invest energy in developing political and economic systems and structures that guarantee justice for all. Creating such systems requires that we pay attention to racial and gender justice. In this regard, we should perhaps drink from the wells of eminent black, liberationist and feminist scholars in disciplines such as political philosophy, political science and economics.

To honour Madiba faithfully and appropriately, is to acknowledge that we still have a lot of work to do as we continue our transformation journey.

* Koopman is deputy vice-chancellor for social impact, transformation and personnel at Stellenbosch University.

As the curtain closes on the state capture inquiry, it’s up to us to ensure the country doesn’t return to the brink
Opinion & Analysis
1 month ago