There is nothing to celebrate about being a woman in SA, since womanhood faces abuse, violation and exclusion 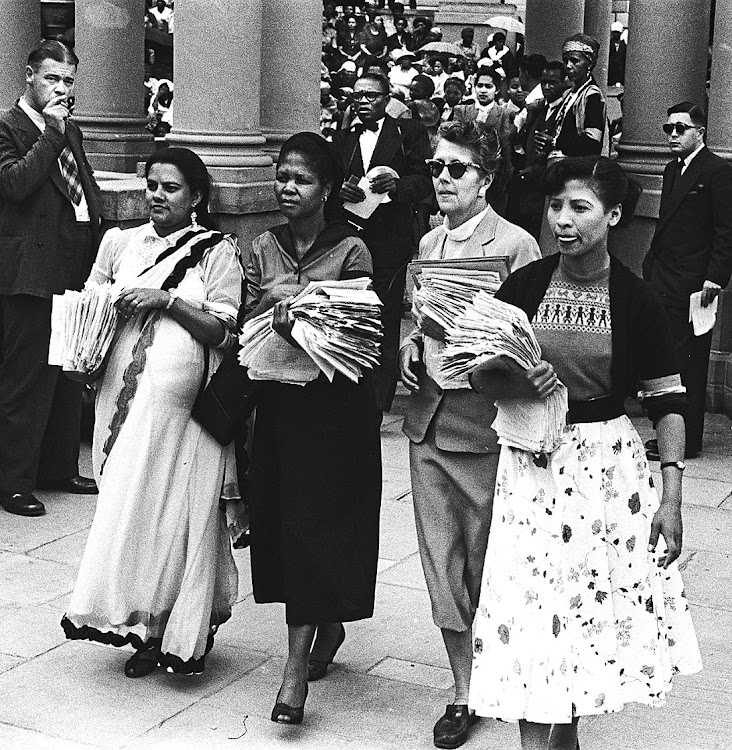 History reminds us of the 20,000 women who marched to the Union Buildings on August 9 1956, calling for the free movement of black women in SA urban areas. This act illustrated the sisterly bond the early feminist thinkers aspired to, since women from different backgrounds and races participated in the march. The women who participated in the protest challenged the systematic oppressive and racist rules of the apartheid regime.

Reflecting on this phenomenon, one recognises solidarity among the women of 1956 which dispels the perception that women cannot unite for a common cause. It also creates an illusion that SA men and women are comrades in the struggle, since they fought against colonialism and apartheid and, to some extent, share similar experiences regarding violation of human rights. Therefore, the most logical action is to have a common understanding of systematic oppression, violation and exclusion.

Post-apartheid, 28 years into democracy, SA women still find themselves in the same conditions from the past. Most people invested efforts in unpacking women’s experiences of gender-based violence (GBV), its causes and possible remedies.

President Cyril Ramaphosa has declared gender-based violence as the South African pandemic, yet the government has undertaken no active efforts to respond rather than react to the phenomenon.

Undoubtedly, GBV has presented itself as a social ill and demonstrates the coercive power dynamics that exist within society. President Cyril Ramaphosa has declared gender-based violence as the SA pandemic, yet the government has made no active efforts to respond rather than react to the phenomenon. Instead, the state has paid lip service to what needs to be done.

Between October and December 2021, more than 900 SA women were murdered; these are reported cases, but there are many unreported cases related to GBV and femicide. About 51% of SA women have experienced some form of violence.

The call for the free movement of women in the country is far from being answered.

The issue of GBV has distracted us from recognising other existing problems experienced by women in SA, unemployment being one of them. Stats SA reported that 42.1% of SA households, 39.6% of urban households and 47.7% of rural households are headed by women. The issue is that 36.4% of these women are unemployed and living under the harsh realities of extreme poverty — some are single parents taking care of their dependent family members.

We should not forget the problem of absent biological fathers who are neither emotionally nor financially present in their children’s lives. They are responsible for ensuring the basic needs of their children and dependent family members are addressed. We often assume social grants should help relieve the pressures of unemployment and childcare, but the reality is that it cannot even reduce half of Sassa beneficiaries’ needs due to escalating commodity prices. 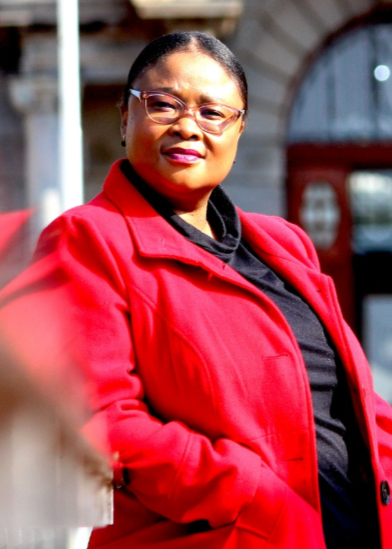 Nontombi Velelo is a sociology lecturer at the University of the Free State.
Image: Supplied

Those fortunate enough to find employment are confronted with the constant battle of pursuing their career ambitions and family lives. Women excelling in their careers are often perceived as having failed in their family responsibilities (being good mothers and wives). The bread-and-butter issues have become a thorny subject for women who are unemployed or pursuing their careers.

However, things have not changed for women living in rural areas since the discourse around land reform. Women in rural areas are subjected to the sexist oppression of traditional leaders, who do not recognise the importance of land ownership by women.

In some contexts, it is thought that women do not have any form of rights or privilege to landownership. Social norms do not encourage the recognition of women as landowners — land ownership is often recognised under marriage. If the husband passes on, the land will belong to his family to avoid losing it if a woman remarries. Due to patrilineal inheritance custom, a boy child will often be the one to inherit the land rather than a girl child. Therefore, some traditional norms do not recognise women as entitled to land ownership.

Women are vulnerable to climate change resulting from their poor socioeconomic background. Women in rural areas represent a higher percentage of poor communities and depend for their livelihood on the natural resources threatened by climate change.

Lacking access to natural resources puts women in stressful situations. In most cases, it is the responsibility of women in rural areas to ensure their dependent family members have access to clean drinking water. When there is no access to water, for example, women have to find the means to get it and, in some cases, even travel long distances. Also, they are the ones expected to gather wood to ensure their children are fed.

In most communities, women are not active participants in making decisions. We have internalised the notion that men are more rational leaders than women, so we tend not to acknowledge women’s voices when making decisions.

August 9 celebrates the monumental achievement of the women of 1956 who fought against sexist and racial segregation. Those women understood their enemy and were united in dealing with the enemy. Present-day women are confronted with intersecting challenges. I believe SA should not commemorate Women’s Month, since women still do not have freedom and still experience violations of their human rights. We need active solutions, like the 1959 women, to mitigate our challenges.

There is nothing to celebrate about being a woman in SA, since womanhood faces abuse, violation and exclusion. Without minimising the efforts and contributions of those who came before us, we should mourn the social injustices directed at, and the traumatic experiences of, SA women.

The notion of imbokodo subjected women to systematic dominance, disrespect, violation and exploitation. The lives of SA women are devalued; they continue to experience trauma imposed by patriarchy.

Nontombi Velelo is a PhD student and social science programme director and sociology lecturer at the University of the Free State.