Health minister says negotiations on procurement are ‘complete’, with signing of the agreements in the next 48 hours 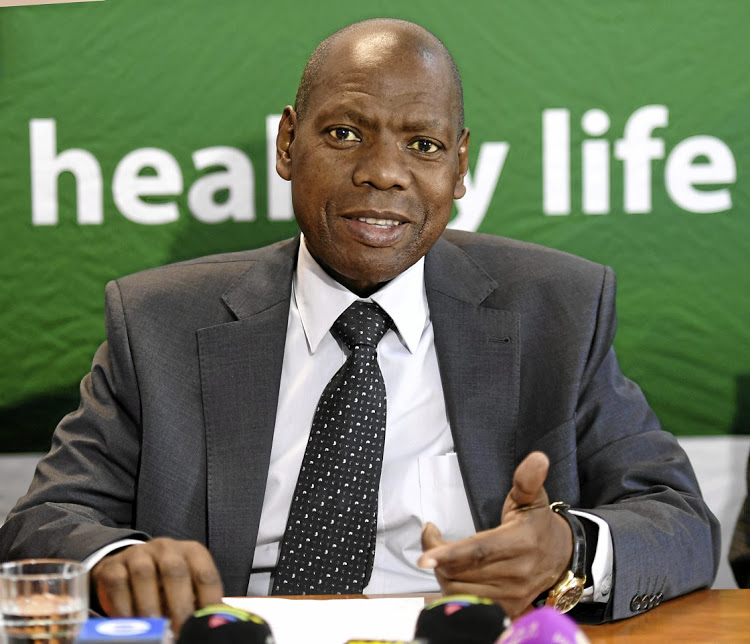 While there may be delays in the rollout of SA’s vaccination programme, both President Cyril Ramaphosa and health minister Zweli Mkhize on Tuesday assured South Africans the government’s plans were on track.

He was updating parliament's portfolio committee on health on the Johnson & Johnson clinical trials, vaccine procurement and progress on the country’s vaccination programme.

Shortly after Mkhize’s briefing, Ramaphosa addressed the nation, announcing that SA would remain on lockdown alert level 1, with liquor stores closed over the Easter weekend.

Ramaphosa said he was confident SA would meet its vaccination targets, saying the government was in the process of finalising agreements for more vaccines from Johnson & Johnson and Pfizer.

“Together, this supply of vaccines will provide us with enough doses to vaccinate 41 million people. We will make further announcements once these negotiations have been concluded.

“We are also in various stages of negotiations with the manufacturers of other vaccines such as Sinovac, Sinopharm and Sputnik V. Some of these manufacturers are in the final stages of the approval process for use of the vaccines in SA,” said Ramaphosa.

“In addition to the vaccine doses we will receive directly through our agreements with manufacturers, we will also receive an allocation of vaccine doses through the AU initiative that we established when we held the chairship of the AU.

“Though there have been delays in securing vaccine supplies, we are still confident of achieving our vaccination targets.”

Mkhize said while SA did not have the financial muscle to “engage in unhedged bets”, the country did have the “scientific fortitude” to track the research and development of the respective vaccine candidates — “and began to engage as soon as there was clarity on safety and efficacy of a particular vaccine, even before the vaccine may have obtained emergency use authorisation”.

Mkhize said SA now had 31 million doses of J&J vaccines “in the pipeline”.

“Due to the ease of storage and the fact that it is a one-dose regimen, we aim to deploy J&J preferentially to rural areas and population groups, such as the very elderly, who may have difficulty returning for a second dose.

“The first batch of market J&J vaccines for South African citizens has been ready since March and is undergoing compulsory safety and sterility checks, as it is stipulated that the vaccines must be distributed after one month of production,” he said.

He said the proximity of J&J’s manufacturing plant in Gqeberha “has proven to be of strategic importance and laid the foundation for advancement and establishment of local intellectual property and expansion of manufacturing capability”.

Mkhize said: “In addition to the 31 million doses from J&J, we have signed a term sheet with Pfizer for 20 million doses, signed an agreement with Covax for 12 million doses and we also participate in the AU initiative. Regarding  Covax, at this stage they can offer only AstraZeneca and Novavax, of which we have advised that, as per the advice of the ministerial advisory committee on vaccines, these candidates are now not suitable for our setting.”

He said the government believed that there were attainable alternatives which made it unnecessary to have to use Novavax or AstraZeneca.

He added that health director-general Dr Sandile Buthelezi had been directed to complete the negotiations around Sputnik, Sinovac and Sinopharm vaccines and report back urgently.

“The respective applications to the South African Health Products Regulatory Association (SAHPRA) are now being considered on a rolling basis,” said Mkhize, adding that the country would continue to monitor the progress on the Cuban candidate, Soberena, and would be engaging with the Cuban ambassador on the matter.

Mkhize said SA was now in advanced stages of preparing for the mass vaccination programme, which targeted vaccinating 200,000 citizens per day.

He said he would “in the next few days” be unveiling a concrete monthly vaccine delivery schedule, which was being finalised.

“I have directed that the DG [director-general] urgently meets with the private sector to agree on the allocation of vaccines between private and public sector sites and revise daily and weekly vaccination targets based on firm commitments on vaccine delivery.

“History will judge us not on our ability to debate the matter out, but how we contributed — that is, what we actually did — to ensure that our people are protected and our economy is saved,” he said.