Taking a swipe at Pravin Gordhan and the power utility, she says Luthuli House was kept in the dark about stage 6 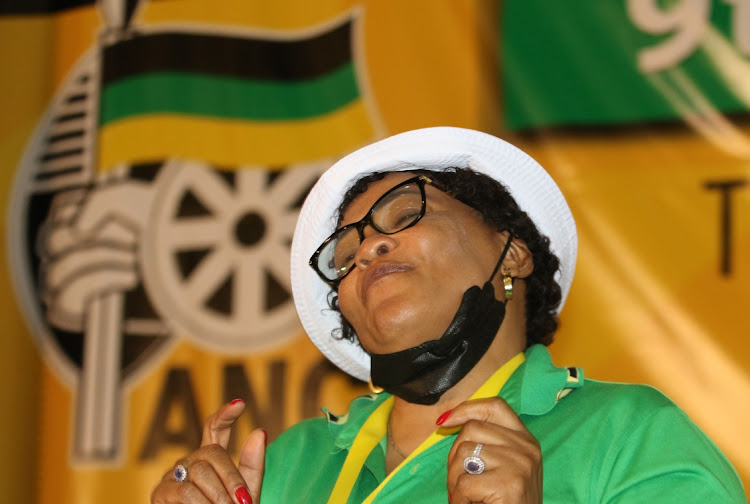 IN THE DARK Nomvula Mokonyane says had the party been informed of the latest developments, its members would have been able to better inform South Africans on the reasons for the move to stage 6 load-shedding.
Image: Michael Pinyana

As SA battles with the worst blackouts ever, ANC national executive  committee (NEC) member Nomvula Mokonyane wants her party to call an urgent meeting of its highest decision-making body to discuss Eskom.

Mokonyane told TimesLIVE the party was in the dark about the causes of the latest round of load-shedding.

She said even though the ANC held a special NEC meeting last week, the party was not warned about the possibility of stage 6 blackouts.

We are accused of cadre deployment, but cadres we deploy don’t even tell us we are heading for stage 6 load-shedding.

“We are accused of cadre deployment, but cadres we deploy don’t even tell us we are heading for stage 6 load-shedding,” said Mokoynane.

“I think by today or tomorrow, if the ANC was quite serious to self-correct, there should be a special NEC meeting where we do not hear through social media or through communication platforms that the minister of public enterprise says something about [the] possibility of stage 6, or somebody who is in the energy sector tells us about processes of the IPPs without saying there is a solution,” Mokoynane said.

A special NEC would go a long way in showing South Africans that the party was taking issues at Eskom seriously, she said.

Mokonyane is a former premier of Gauteng and held several ministerial roles, including environmental affairs, communications and water and sanitation.

“We have now reached a cul-de-sac, a point of no return. So we need those that are in government to come and take us in the ANC and the South African population into confidence to say are we indeed a failed state or not,” she added.

Eskom and public enterprises minister Pravin Gordhan on Tuesday announced load-shedding would be ramped up to stage 6, with households and businesses subjected to power outages at least three times a day.  This, they said, was due to protracted wage-related industrial action at power stations. The strike was expected to end this week after management and unions agreed to return to negotiations.

Mokonyane said had the party been informed of the latest developments at last week’s nine-hour NEC meeting, its leaders would be able to better inform South Africans on the reasons for the move to stage 6 and when it was likely to end.

“Communities are in the dark; so is the leadership in government below the department of public enterprises and Eskom ... and the different spheres of government because for now, not my ward councillor, not my ANC branch, not my regional leadership, not my PEC, not my NEC has come to explain to people [what stage 6 actually means],” she said.

“Neither the executives nor the operational part has taken into confidence those accused of cadre deployment [who are] said to be messing up this country.”

Mokonyane said she was concerned ANC leaders were unaware of the extent of the crisis at Eskom, yet the party was accused of destroying the country through cadre deployment.

“As I’m talking to you now ... none of us in the entire 86 [NEC members], plus the 18 ex officio members and the women’s league and the youth league, have been taken into confidence about ... stage 6. Hence I’m saying it is an unfortunate situation,” she said.