When beaches were off-limits during lockdown, she even went out on a fishing boat to catch waves and train from there 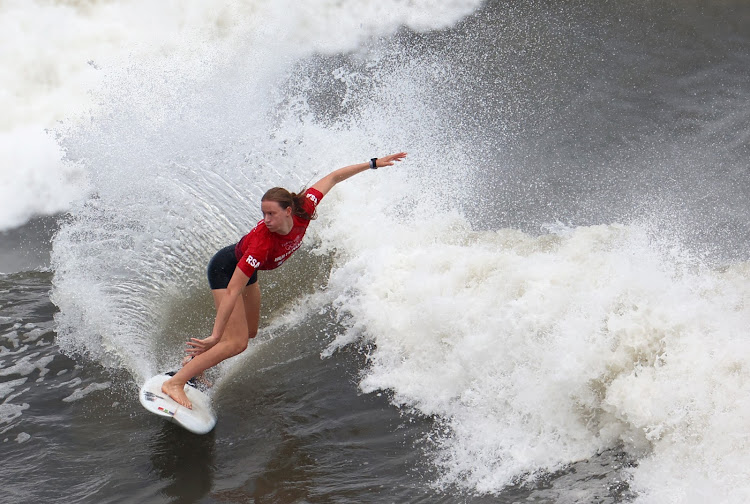 Semi-retired surfer Bianca Buitendag, from the sleepy city of George, stunned the world as she scooped Olympic silver at the Tokyo Games on Tuesday.

The 27-year-old Victoria Bay local felled two of the top three seeds on her way to the final, where she was downed by No.1 Carissa Moore of the US, who created magic on typhoon-driven waves at Tsurigasaki Beach.

Earlier in the day Buitendag, seeded 17th out of a 20-strong field, took advantage of “washing machine” conditions to see off No.2 seed Caroline Marks of the US in the semifinals and Yolanda Hopkins of Portugal, the ninth seed, in the quarterfinals. 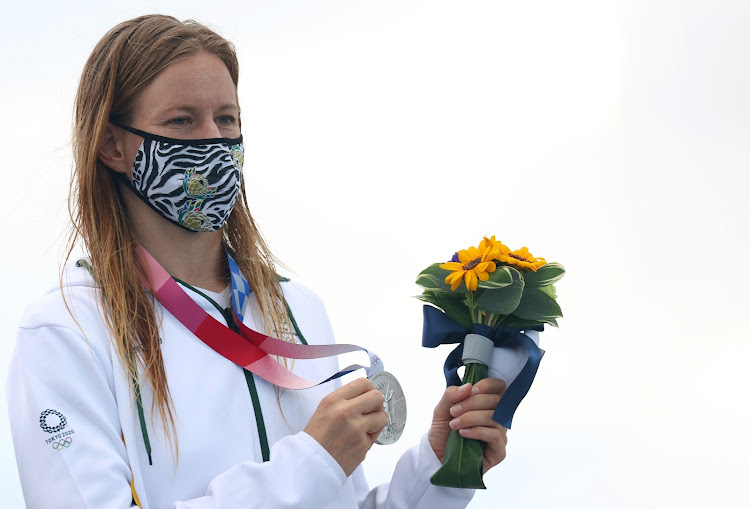 She beat Australia’s No.3 seed Stephanie Gilmore in the third round on Monday.

An emotional Buitendag wiped away tears as she collected her medal on the podium. “I’m a bit overwhelmed but I’m super proud of being South African and representing its beautiful people.”

She is only the second South African woman in history to win an Olympic gong outside athletics and swimming; kayaker Bridgitte Hartley was the first at London 2012.

Considered a no-hoper, Buitendag slew giants in Japan. “Today was a fight, out and out. Every time I would come out of the water after a heat, I told myself if I don’t collapse on the sand, I didn’t try hard enough.

The surfing finals were brought forward a day because of an advancing typhoon, and that created difficult waves.

“It was six foot and messy,” said the surfer, who is coached by SA legend Greg Emslie. “It was like a washing machine, but for the underdogs it works in their favour because anything can happen. It just proves anybody can.”

In the build-up to the Tokyo Games, Jordy Smith had been SA surfing’s poster boy, until he withdrew injured.

Buitendag probably ranks as SA’s darkest horse to have made an Olympic podium, with most medallists having gone into battle ranked highly in the world.

And she wouldn’t even have been in Tokyo had the national sports bodies not forced the SA Sports Confederation and Olympic Committee (Sascoc) to change its stiff selection policy for Tokyo in late 2019.

Before then she was ineligible for selection because she wasn’t considered good enough, and she would have watched the spectacle on TV, instead of standing on surfing’s first-ever Olympic podium. The sport made its Games debut in Japan.

Buitendag wished her success would inspire more women at home to surf.

“I hope more girls have the courage to get in the water and get introduced to the love of my life, something I will do until the day that I drop dead. It’s therapy to me. It’s the closest thing to heaven.”

Buitendag struggled to train at the beginning of the year, when beaches were off-limits because of lockdown restrictions. To get legal surf time, she even went out on a fishing boat to catch waves from there.

It all paid off on Tuesday, and Emslie pointed out that it was no fluke.

“It’s been four years in the making ... Bianca said to me she can’t believe things are going her way every heat and I said: ‘When you’ve prepared that’s what happens, it’s not luck, you’ve prepared and it’s going to keep going your way.’

“What a special moment to get that silver medal.”

Earlier Tatjana Schoenmaker secured SA’s first medal at the Tokyo Olympics, taking silver in the women’s 100m breaststroke on Tuesday morning. She set the games alight on Monday when she set a new Olympic record in the event, but swam her slowest time in her three swims at these Games to finish behind American Lydia Jacoby in the final.