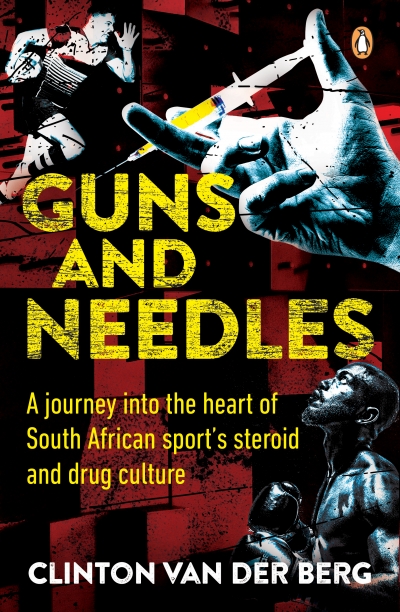 As a boxer he was a major drawcard, enjoying more popularity than the SA heavyweight champion at the time, Pierre Coetzer. But every major fight Du Plooy went into, he lost.

Taking on Francesco Damiani for the new WBO title in 1989 he was knocked out in the third round; facing Coetzer in 1990 he was stopped in the second round; and, against Corrie Sanders in 1991, he was blitzed in the first round.

But Johnny was a colourful character who wasn’t known for his work rate. The story goes that on one trip in the US, where he, Coetzer and Sanders were all supposed to be fighting, the three boxers hit the beach for their morning workouts.

Sanders, then more diligent about roadwork than he was later in his career, jogged with his trainer, Harold Volbrecht.

Coetzer had to run around in circles under the watchful eye of his trainer, Alan Toweel.

And Du Plooy was on the beach flying a kite with his trainer, Willie Lock. Each time the kite crashed, Lock had to run and get it back in the air.

Johnny developed a drug problem and became badly addicted at one point. He attempted a comeback after cleaning himself up, and though he won the fight in 1997, he didn’t continue.

But the man had stories. He spoke about getting arrested on suspicion of drug possession. I think he said it was cocaine, though he was not convicted. While he was in the holding cell he was robbed at knifepoint by other prisoners.

Johnny went on to coach amateur boxers in Jeppe. In the mid-2000s he turned his attention to the professional game and soon had a stable of promising young fighters.

SA will be stripped of its world relay gold medal after one member of the 4x100m team was handed a two year and six months ban for doping.
Sport
3 months ago

I was at his gym one day doing a story and Johnny, as he used to do, chatted about a range of topics. He spoke openly about his addiction and how his drug of choice boosted one’s libido. I am not sufficiently skilled to paraphrase his description of what happened after just one hit on a pipe.

No topic was off limits for Johnny.

When he finally got around to chatting about Mohale, he was positive he was a future star. “He’s going to win the South African title at light-heavyweight, cruiserweight and heavyweight,” he predicted.

Mohale was a tall fellow with a lean build, and I questioned whether he would ever be big enough for heavyweight.

“He’ll grow into it,” Du Plooy assured me, and then he added: “And if he doesn’t I’ll give him steroids.”

I was gobsmacked. My first thought was: “Why are you telling me this? I’m a journalist. My job is to expose this.”

I didn’t write it at the time, but I decided that if Mohale did bulk up rapidly at any point I would drop a quiet word in the ear of someone at the SA Institute of Drug-Free Sport (SAIDS).

Luckily I didn’t have to rat out Johnny, who really was a nice guy, even if he was rough around the edges. Mohale won the SA title at two weights, at super-middleweight and light-heavyweight, but he wasn’t a factor at cruiserweight, getting bombed in one round by Zack Mwekassa in 2012.

But performance-enhancing drugs are a problem throughout sport.

Athletics and rugby are two sports with multiple positives, but the really frightening part is the access that schoolkids have to performance-enhancing drugs.

If anyone thinks that doping in SA happens only sporadically, they should read Clinton van der Berg’s eye-opening book, Guns and Needles: A journey into the heart of South African sport’s steroid and drug culture.

What Van der Berg does so well is to track trends in doping and show that in rugby and athletics, it’s hardly just the occasional indiscretion.

Athletics and rugby are two sports with multiple positives, but the really frightening part is the access that schoolkids have to performance-enhancing drugs.

Van der Berg recounts the story of Liza de Villiers, who at 14 became the youngest sports person in the world to be banned for testing positive for a steroid in 1995.

De Villiers still maintains she doesn’t know how the drugs got into her system.

Van der Berg, who also goes through many of the big names who have been bust over the years, delves into the scourge of doping in schools.

If you were shocked by the idea of a 14-year-old girl failing a dope test, he writes about parents injecting their children with this junk.

He also shows how easy it is to find suppliers on the internet, and how the trade in PEDs is linked to the underworld.

In many ways this is a harrowing read and it should be compulsory for all parents and their sport-loving children.

There obviously isn’t an official sports doping programme in this country as there was in Russia, the old Soviet Union and Communist Bloc.

DAVID ISAACSON | If the shoe fits: Simbine must join the technology race to stay competitive

Both Clinton and I, when he was the Sunday Times sports editor some 20 years ago, worked on stories about Athletics SA (ASA) trying to employ Ekkart Arbeit, a coach from the former East Germany who juiced up his athletes and even spied for the Stasi, the country’s secret police.

In 2005 I wrote a profile about Banele Sindani, the ASA CEO who had just been employed at the SA Sports Confederation and Olympic Committee (Sascoc).

He defended his attempt to employ Arbeit (ASA actually finally employed him in time for the 2008 Beijing Olympics). The piece I wrote on Sindani went to the news pages, and neither Clinton nor I viewed it before it was published. A reference I had made to East Germany’s doping programme was changed by a sub-editor, with obviously little knowledge of sport, to SA’s doping programme.

Clinton and I were stunned by the magnitude of the error, but we were equally amused because SA never had such a programme.

After reading Clinton’s book, one gets the impression that doping is a cancer that has spread its tendrils deep into SA sport and society at large. And the people involved these days will never be as loose-lipped as Johnny du Plooy.

The book, published by Penguin Random House, is available at major book stores and retails for R270.