A lot can change in a year: how the coronavirus has evolved

The best shot at avoiding mutations that are resistant to a vaccine remains slowing the spread, say experts 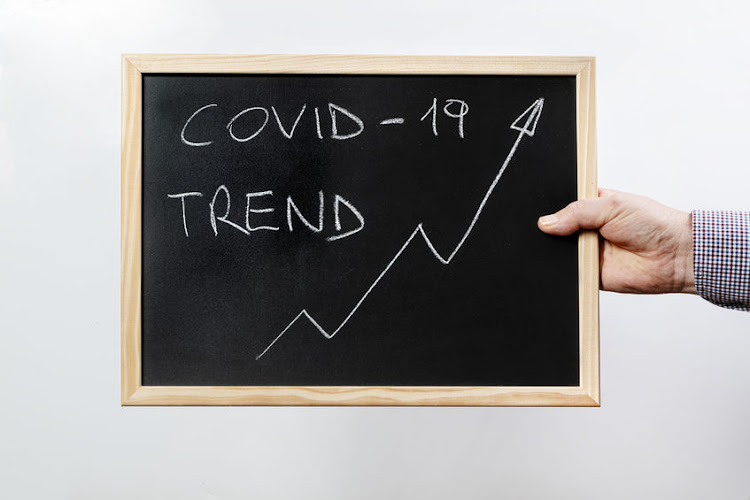 As the coronavirus SARS-CoV-2 has swept across the world, killing more than 1.5 million people over the past year, it has mutated into seven major groups, or strains, as it adapted to its human hosts.

Mapping and understanding those changes to the virus is crucial to developing strategies to combat the Covid-19 disease it causes.

“The reason for looking at the genomics is to try to find out where it came from ... in terms of trying to map out what we would expect for the pandemic, that information is critical,” South Australia’s chief health officer Nicola Spurrier said after an outbreak in the state in early November.

Reuters analysed over 185,000 genome samples from the Global Initiative on Sharing All Influenza Data (GISAID), the largest database of novel coronavirus genome sequences in the world, to show how the global dominance of major strains has shifted over time.

The original strain, detected in China’s Wuhan city in December 2019, is the L strain. The virus then mutated into the S strain at the beginning of 2020. That was followed by V and G strains. Strain G mutated yet further into strains GR, GH and GV. Several other infrequent mutations were collectively grouped together as strain O.

A mutation is a change in an organism’s genetic material. When a virus makes millions of copies of itself and moves from host to host, not every copy is identical. These small mutations accumulate as the virus is passed on – and copied again and again.

Earlier in the pandemic the virus made its way relatively quickly around the world, being repeatedly introduced to different locations and sparking fresh outbreaks regularly. During that time, there was a more diverse mixture of strains among the samples reported to GISAID.

As countries began to close their borders, there were fewer new strains introduced, and in countries where the more resilient G-type strains were present, they began to dominate.

In Asia, the original L strain persisted for longer as several countries, including China, were quick to shut borders and curtail movement. In contrast, North America and Europe did not restrict movement as much, at least initially, which allowed the G strains to spread – and mutate – at a faster pace.

“This virus moves in superspreader events, which means the virus doesn’t have to be particularly contagious,” said Catherine Bennett, epidemiology chair in the Faculty of Health at Melbourne’s Deakin University. “We will see different patterns because of cluster transmission.”

The SARS-CoV-2 virus has so far mutated slowly, allowing scientists and policymakers to keep on top of its progress.

G strains are now dominant around the world. One specific mutation, D614G, has become the most common variant.

The most recent mutation to emerge is the GV strain, which has so far been isolated to Europe, where experts say it is unclear whether the strain is spreading because of any transmission advantage or because it affected socially active young adults and tourists over the summer.

The SARS-CoV-2 virus has so far mutated slowly, allowing scientists and policymakers to keep on top of its progress.

Still, scientists have been divided on the implications of some of the mutations. Some experts have reported that the D614G variation has made the virus more transmissible, but other studies have contradicted that.

Either way, the changes so far have not resulted in strains that would likely be resistant to vaccines in development.

However, experts who have watched influenza and HIV mutate over years, evading vaccines, warn that future mutations of SARS-CoV-2 remain unknown. And the best shot at avoiding changes that make the virus impervious to a vaccine remains curtailing its spread and reducing the opportunities it has to mutate.

“If the virus changes substantially, particularly the spike proteins, then it might escape a vaccine. We want to slow transmission globally to slow the clock,” said Deakin’s Bennett. “That reduces the chances of a one in a squillion change that’s awful news for us.”