Nal'ibali honoured by US Library of Congress 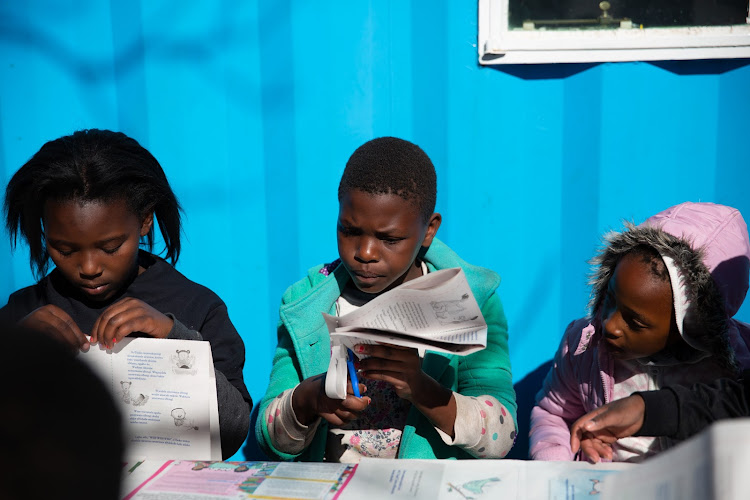 Nal’ibali, South Africa’s reading for enjoyment campaign, is Africa’s sole recipient of the Library of Congress Literacy Awards Programme, honouring 15 organisations from around the world, for their implementation of best practices in literacy promotion.

The Library of Congress, said to be the largest library in the world, officially announced the winners of the 2019 Literacy Awards on Thursday August 29, and Nal’ibali was singled out as the only African-based organisation to be honoured at these awards for its efforts to improve reading levels in South Africa.

The Literacy Awards, originated by David M. Rubenstein in 2013, honours organisations doing exemplary, innovative and replicable work in the literacy arena. They spotlight the need for communities worldwide to unite in working for universal literacy. The winners of Top Honours were awarded to ProLiteracy Worldwide, American Action Fund for Blind Children and Adults, and ConTextos at the National Book Festival gala, announced Librarian of Congress Carla Hayden.

“Literacy is the ticket to learning, opportunity and empowerment on a global scale. Through the generosity of Rubenstein, the Library of Congress is proud to honour and celebrate the achievements of these extraordinary organisations in their efforts to advance reading levels, and give people the foundation for a better life,” said Hayden.

Nal’ibali received sterling recommendations from the DG Murray Trust and the United States Agency for International Development (USAID) who supported Nal’ibali in their quest to earn this award. Dr. David Harrison, Chief Executive Officer of the DG Murray Trust reiterated his confidence in Nal’ibali’s vision of promoting literacy development through a culturally relevant, aspirational and effective campaign.

“Nal’ibali’s core aim is to spark and embed a culture of reading for enjoyment across South Africa, making reading, writing and sharing stories – in all South African languages – part of everyday life.

The 2016 Progress in International Reading Literacy Study (PIRLS) revealed that 8 out of 10 nine-year olds in South Africa are unable to read for meaning in any language,” says Harrison.

Turn the page, raise the grade

"Picture books like 'The Gift of the Sun' provide a caregiver, family member or teacher with an opportunity to bond with a child."
Books
2 years ago

South Africa is rooted to the bottom of the class when it comes to teaching children to read.
News
4 years ago

Nal'ibali Managing Director Jade Jacobsohn shared this award with her team. “This wonderful honour from the Library of Congress must be extended to our team, and our community of everyday, ordinary South African superheroes who drive the Nal’ibali movement. Our campaign gets its legs (and its heart!) from our network of FUNda Leaders who create opportunities every day for South African children to fall in love with books,” Jacobsohn said.

To date, Nal’ibali has managed to distribute over 30 million newspaper reading supplements, circulate almost 500 000 books, train over 13 000 people to spark the joy of reading and reach millions of children through its World Read Aloud Day campaigns. Nal’ibali is increasingly becoming a household name in South Africa.

For more information about the Nal’ibali campaign, or to access children’s stories in a range of South African languages, visit www.nalibali.org. Network with like-minded people in the chatroom of the FUNda Sonke loyalty programme at www.nalibali.mobi. You can also find Nal’ibali on Facebook and Twitter.

The libraries are eager to receive donated books of good quality.
Books
2 years ago

The local literary campaign has been awarded Systematic's Joy of Reading prize.
Books
2 years ago