When the personal becomes political

FunDza is an NPO dedicated to getting young people reading, writing and learning 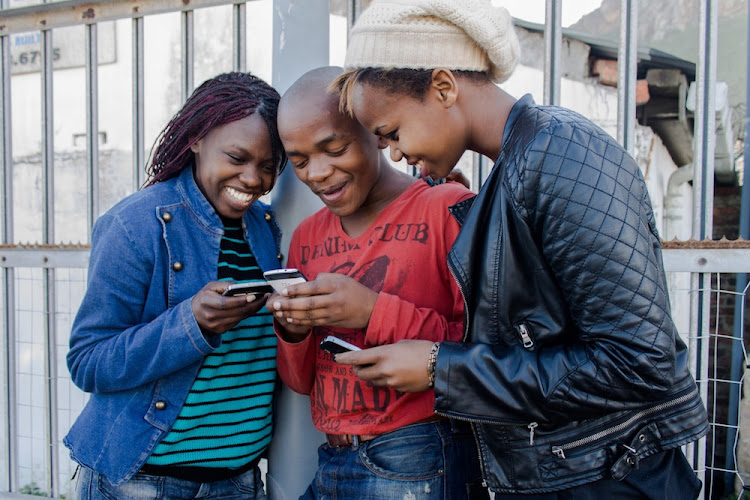 Every day around 15,000 people spend time reading original stories, blogs and poems on the FunDza platform, which is zero-rated by all mobile networks and is thus completely free to access.
Image: Supplied/FunDza

“The first and last time I attempted to commit suicide felt like any normal day.”

This is the opening line of Busiswa Mahonono’s powerful piece on depression, which lives on FunDza’s publishing platform live.fundza.mobi.

FunDza is a not-for-profit organisation dedicated to getting young people reading, writing, and learning. FunDza runs an online site that commissions and publishes relatable and appealing local content, and also publishes young people’s work. Every day there are around 15,000 readers who spend time reading original stories, blogs and poems on the platform that is zero-rated by all mobile networks, so completely free for anyone to access.

Mahonono’s piece is one of many on the site tackling sensitive and often taboo subjects in SA. From depression and contraception to gender-based violence and consent, their writers are not afraid to go head-to-head with unpopular opinions.

A young woman struggling with her mental health in an environment that considers her dramatic. A mother who, despite pushback from family and friends, decides to put her teenage daughters on female contraception. A father from eKasi, speaking earnestly to his peers about gender-based violence. A young Black student on what it means to be Black in our country.

Mindspace and Ekasi with Amajita are two weekly blogs on live.fundza.mobi, which provide a platform for the sharpest minds to raise their voices about some of society’s most pressing issues.

In September, FunDza is running a Fantastic FunDza Fanz competition, awarding airtime prizes to top readers each week, and — at the end of the month ...
Books
8 months ago

Meet the winners of the ‘My Father’ writing competition

What does the word “father” mean to you? That’s what the FunDza Literacy Trust asked young writers across the country for their latest essay ...
Books
9 months ago

These are not your traditional opinion pieces, however, as FunDza’s deputy content manager Marché Arends notes.

“FunDza has positioned both Mindspace and Ekasi with Amajita as spaces in which the personal is made political. Our writers are adept at taking issues that are close to their heart, speaking honestly about a personal experience and relating it to broader society.”

Arends explains why Mahonono’s Mindspace piece “Depression is a daily battle” is so powerful.

“Its power lay in the vulnerability Busiswa displays. Her ability to lay herself bare and tell her story openly really resonated with our readers,” Arends says. “More than her relatability, though, she, like most of our writers, deals with an issue affecting millions of people.”

According to the World Health Organisation, about 5% of adults suffer from depression globally (300-million people). Suicide is the fourth leading cause of death in people aged 15 to 29 years old.

In SA particularly, rates of depression are as high as 10% according to the 2009 SA Stress and Health study. However, assistance for those who are struggling is not readily available.

The SA Depression and Anxiety Group reports that even though 85% of patients who suffer from mental illness depend on public health services, there are only 18 beds for every 100,000 people available in hospitals.

It’s with this in mind that FunDza continues to tackle such crucial topics and the data shows readers are attracted to this kind of content.

During its first week of publication Mahonono’s piece was viewed nearly 4,000 times and it has generated more than 100 likes and numerous comments. One reader comments, “Personal accounts like these help is (sic) humanize depression. Bravo.”

Many who read this piece felt as if they were reading their own story with another reader commenting, “That hit home.”

Part of FunDza’s mission is to, “grow generations of educated, empowered and engaged young leaders and citizens in SA.” This includes challenging young people to ask difficult questions about themselves and the world around them.

In a recent blog entitled “Are we just ATM fathers?” Sotondoshe tackles the mammoth topic of fatherhood in SA with tact and empathy.

Research conducted in 2018 by StatsSA found only 31.7% of Black children are raised with their biological fathers at home. Qualitative data collected by FunDza mirrors this.

In June of this year, FunDza held an essay writing competition called My Father, in which entrants were tasked with writing about the role a father or father figure had played in their lives. The essays were in many cases heartbreaking, with writers detailing the impact their fathers’ absence had on them.

Sotondoshe implores fathers around the country, “For those fathers who just ‘choose’ to be ATM fathers, from one tata to another, let us do better majita!”

To date this blog has 115 likes and 44 comments – a testament to the way in which FunDza’s writers are able to touch readers by creating engaging, relevant and relatable content.

“As an online organisation, we collect much data," says Dorothy Dyer, FunDza’s programme manager. "We can see which articles have the highest readership. We also get qualitative data through reader comments. Both qualitative and quantitative data indicate the topics of relationships, sex, abuse, mental health and family are popular with our readers."

Dyer adds that there is a hunger among SA youth for content that reflects their realities, as harsh these might be.

“Think of yourself as a reader – to feel seen, to hear your own story, to feel less alone in a tough world. This can sometimes be the difference between giving up and staying the course.”

According to FunDza, their blogs section has always been a place of community and inclusion, providing a safe space for readers and writers to be their truest selves. Something of which the organisation is very proud.

If you’re looking for a stimulating read that will make you laugh, cry and think critically about the world around you, visit live.fundza.mobi. There’s something for everyone.

This article was paid for by FunDza.