Launch of 'Breaking Milk' by Dawn Garisch on October 8 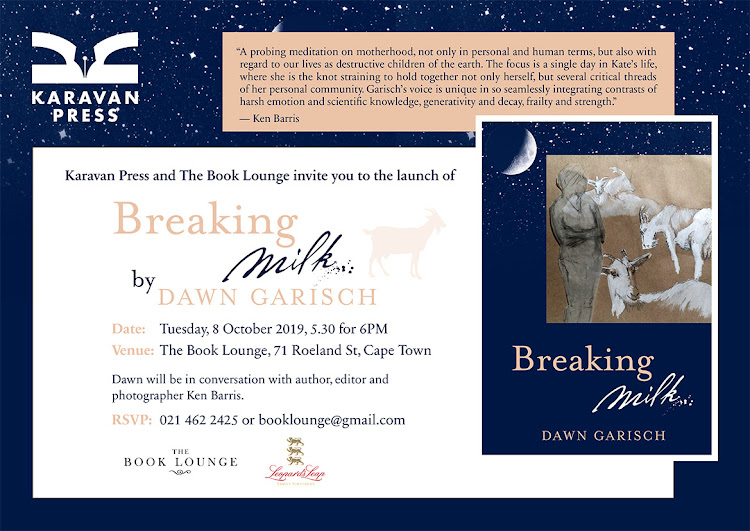 So many women down the ages have lain awake in the earth’s great shadow, insomniac over their progeny, their sons and daughters intent on escaping their mothers’ intractable worry.

Don’t come, Kate is told by her only child. Jess is keeping her mother at a distance on the day that her own children, conjoined twins, are to be separated during high-risk surgery in London.

Kate wakes on her farm in the Eastern Cape, torn between respecting Jess's wishes and a longing to rush to her estranged daughter’s side.

A former geneticist disillusioned by the pressing ethical questions posed by her job, Kate is now an award-winning maker of organic cheese. She relies on the farm’s routine and the people and animals in her life to hold steady as her day teeters on a knife’s edge.

Meanwhile, her employee Nosisi’s son is undergoing initiation. Forbidden to have contact with him during this traditional passage into the world of manhood, his mother anxiously awaits his return.

Breaking Milk, Dawn Garisch’s seventh novel, is an evocative exploration of the divisions and connections between humans, animals and the environment.

In his new novel, Ghosh says he was writing about 'something urgent and real', writes Bron Sibree.
Books
10 months ago
Next Article