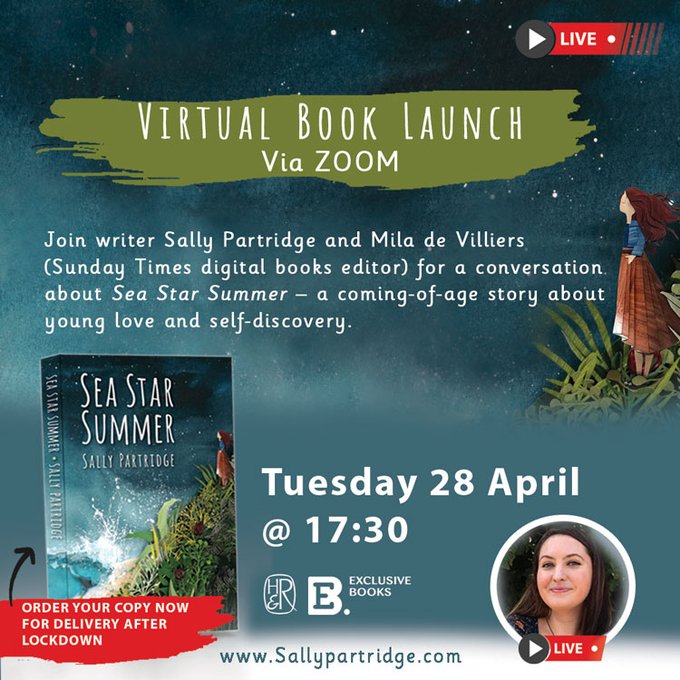 Join the acclaimed YA novelist Sally Partridge in conversation with Mila de Villiers for the virtual launch of 'Sea Star Summer'.
Image: Supplied

All 16-year­-old Naomi wants to do over December is to read her books and avoid other people. Jeffreys Bay promises the perfect drama-­free holiday, but when she encounters the strange and imaginative Elize on the beach, a budding friendship blooms.

Elize, however, isn't the first to notice the awkward, red-­haired newcomer and soon Naomi finds herself at the centre of a love triangle between a blue-eyed local surfer and Elize's dark and mysterious brother.

Handsome Daniel would be the perfect addition to her Instagram stories, while brooding Marius offers the chance of real adventure. But what if the person Naomi really wants to be with is Elize?

Sally Partridge was named one of the Mail & Guardian’s 200 notable Young South Africans of 2011. She has received the MER Prize for Youth Literature for four of her novels and won a SALA award (SA Literary Awards) for her novel, Mine, in 2019. She has also been honoured by IBBY International for her young adult fiction. She lives in Cape Town.

Christopher Paolini is back - and yes, his stories are as powerful as ever