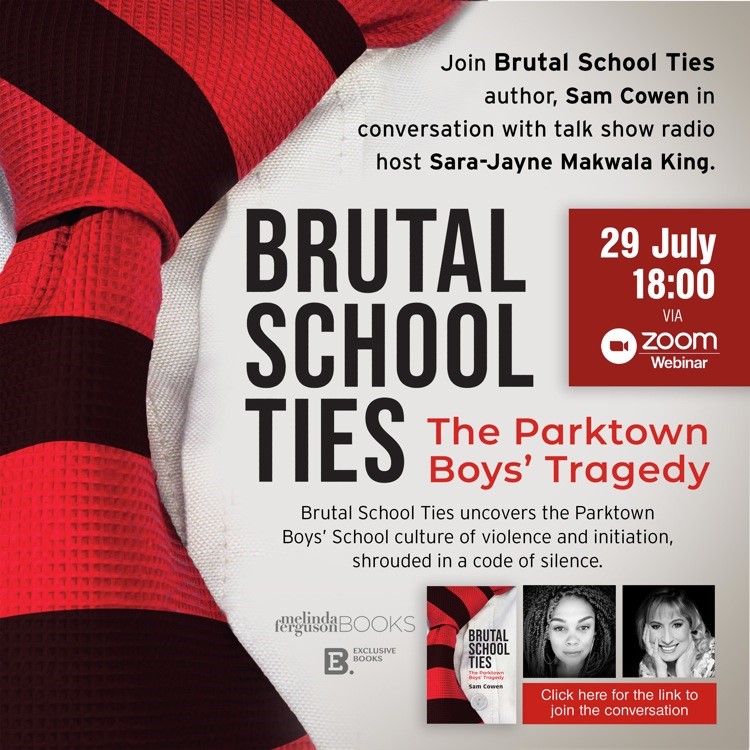 In September 2018, Collan Rex, the former water polo coach at Parktown Boys High School found guilty of 144 charges of sexual assault and 14 of assault, was sentenced to 23 years in prison. It was one year longer than he had been alive.

The story made front page headlines.

Rex was a young, good-­looking sports coach at a highly regarded boys' school with more than 100 years of history. He had molested, assaulted and choked a boarding house full of school boys into silence and shame, and left behind a vacuum of devastation.

His response in court? It had been done to him, in the same way, at the same school.

Brutal School Ties uncovers the school's culture of violence and initiation, shrouded in a code of silence. It follows the trail of broken lives ­of the victims, the parents, the teachers, the matron, the house master who killed himself. And Rex, the abuser.

For the first time, they will break that code so the ties that bind us do not have to gag us.

He was shorter than I thought he would be, just a little taller than me. He had grown his hair longer since the trial, and it was pulled back into a ...
Opinion & Analysis
10 months ago

Sex pest Collan Rex, formerly of Parktown Boys High, has been sentenced to an effective 23 years in prison.
News
2 years ago