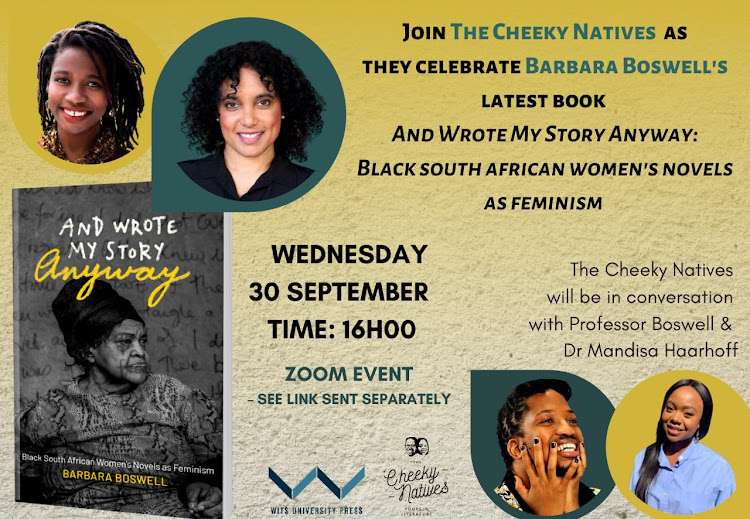 Join The Cheeky Natives and Wits University Press for the virtual launch of Barbara Boswell's 'And Wrote My Story Anyway' on September 30.
Image: Supplied

Studying these writers’ key engagements with nationalism, race and gender during apartheid and the transition to democracy, Barbara Boswell traces the ways in which black women’s fiction critically interrogates narrow ideas of nationalism. She examines who is included and excluded while producing alternative visions for a more just South African society.

Boswell argues that black women’s fiction could and should be read as a subversive site of knowledge production in a setting which, for centuries, denied black women’s voices and intellects.

Reading their fiction as theory, for the first time these writers’ works are placed in sustained conversation with one another, producing an arc of feminist criticism that speaks forcefully back to the abuse of a racist, white-dominated, patriarchal power.

Author Barbara Boswell shares her experience of growing up in a home where gender-based violence was a daily horror.
Books
7 months ago

A collection of the most significant nonfiction writings of Zoë Wicomb.
Books
2 years ago

This collection demonstrates the diversity and remarkable literary achievements of black women.
Books
1 year ago
Next Article