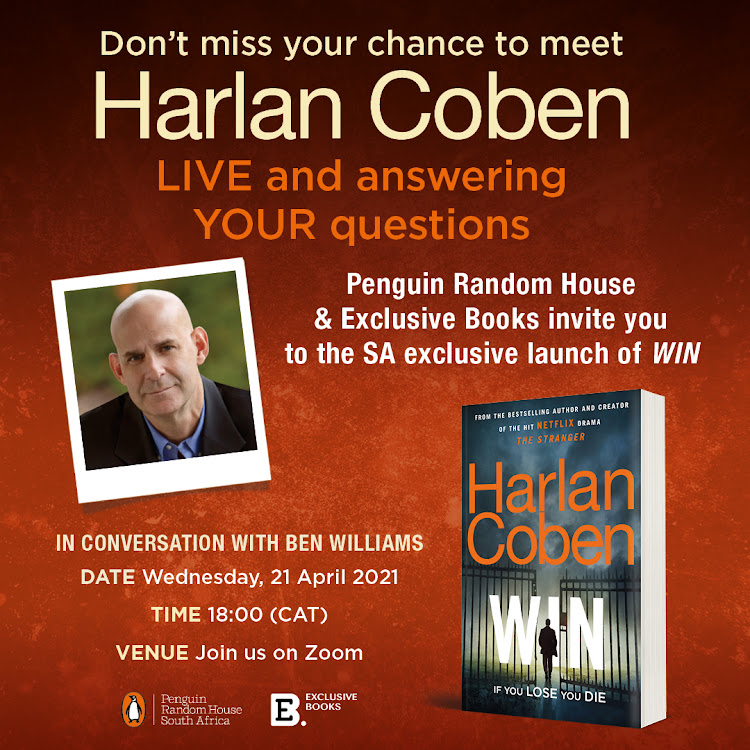 Don't miss your chance to meet Harlan Coben live and have him answer your questions!
Image: Supplied

The virtual launch of best-selling thriller writer Harlan Coben's Win is taking place on Wednesday, April 21. Join Coben in conversation with Ben Williams - and have the author answer your pressing questions!

More than 20 years ago, heiress Patricia Lockwood was abducted during a robbery of her family's estate, then locked inside an isolated cabin for months. Patricia escaped, but so did her captors, and the items stolen from her family were never recovered.⁠

On New York's Upper West Side, a recluse is found murdered in his penthouse apartment, alongside two objects of note: a stolen Vermeer painting and a leather suitcase bearing the initials WHL3. For the first time in years, the authorities have a lead, not only on Patricia's kidnapping, but also on another FBI cold case - with the suitcase and painting both pointing them towards one man.⁠

Windsor Horne Lockwood III - or Win, as his few friends call him - doesn't know how his suitcase and his family's stolen painting ended up in this dead man's apartment. But he's interested - especially when the FBI tell him that the man who kidnapped his cousin was also behind an act of domestic terrorism, and that he may still be at large.⁠

The two cases have baffled the FBI for decades. But Win has three things the FBI does not: a personal connection to the case, a large fortune, and his own unique brand of justice ...

Crime in a time of extremism

Harlan Coben adds politics to his oeuvre but espouses no ideologies, only entertaining thrills, writes Jennifer Platt
Books
1 year ago

Although an Australian, Tony Park is the author of 18 bestselling thrillers set in Africa.
Books
1 month ago

The story follows a novice US secretary of state who has joined the administration of her rival, a president inaugurated after four years of American ...
Books
2 months ago
Next Article