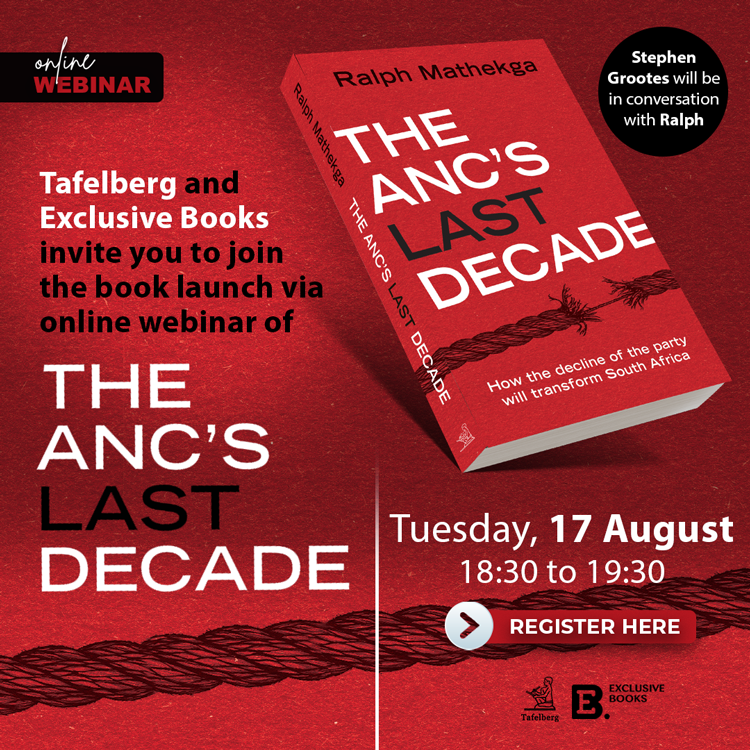 Join Ralph Mathekga in conversation with Stephen Grootes for the online launch of 'The ANC's Last Decade' on August 17.
Image: Supplied

For nearly three decades, the ANC has held SA's politics in an iron grip. With the party seemingly at war with itself and President Cyril Ramaphosa battling to rein in corrupt cadres, Ralph Mathekga predicts the ANC will fall below the critical 50% threshold before the end of the decade. The decline of the ruling party could bring political reform, but also uncertainty. If the ANC loses power, who will be in charge? Who or what will come after the ANC, and how will this affect SA?

Disillusioned comrade's painful journey out of exile, from villain to vindication

The memoir starts with a vivid account of a young life as a black artist in apartheid SA. From the Wild Coast, at times idyllic despite the ...
Books
1 month ago

Compelling and revelatory, Themba Maseko's 'For My Country' shows what it takes to stand up for one’s principles and defy the most powerful man in ...
Books
4 months ago