The real meets the magical in Siphiwe Gloria Ndlovu's debut novel, The Theory of Flight

‘On the third of September, not so long ago, something truly wondrous happened on the Beauford Farm and Estate. At the moment of her death, Imogen Zula Nyoni – Genie – was seen to fly away on a giant pair of silver wings ...’ 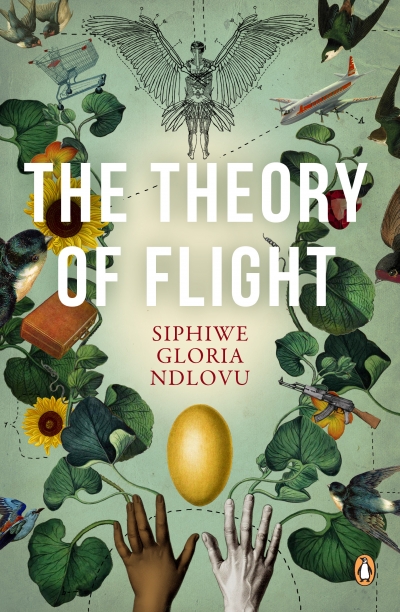 Said to have hatched from a golden egg, Genie spends her childhood playing in a field of sunflowers as her country reawakens after a fierce civil war.

But Genie’s story stretches back much further: it tells of her grandfather, who quenched his wanderlust by walking into the Indian Ocean, and of her father, who spent countless hours building model aeroplanes to catch up with him.

It is the tale of her mother, a singer self-styled after Dolly Parton with a dream of travelling to Nashville, and of her grandmother, who did everything in her power to raise her children to have character.

With the lightest of touches, a cast of unforgettable characters, and moments of surreal beauty, The Theory of Flight sketches decades of history in this unnamed Southern African nation.

It does not dwell on what has been lost in its war, but on the daily triumphs of its people, the necessity of art, and the power of its visionaries to take flight.