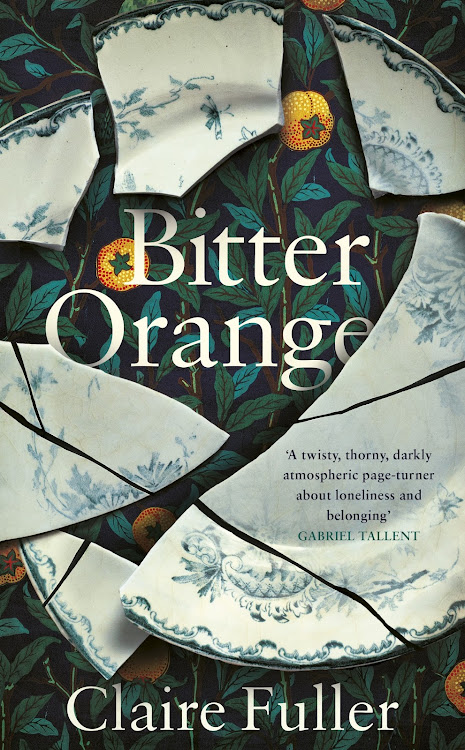 A woman is nearing the end of her life in a ward bed. Next to her is a vicar, who is trying to extract a confession, or even an explanation, from her.

Frances Jellico, known as "a difficult old bird", is suffering from a wasting disease. "It has eaten away more than flesh: it has taken my memory of last week as well as the names and titles I was told an hour ago, but it is kind enough to leave the summer of 1969 intact."

It is to this stultifying summer we return. Frances was 39 when she was hired to catalogue the garden architecture - 'orangery, grotto, mausoleum and sundry follies' - of a dilapidated stately home in the Hampshire countryside.

Fuller sounds notes of oddness early: Frances had just buried her overbearing and bitter mother who she had looked after for decades, and now she is wearing her mother's grotesque foundation garments under her dowdy clothes.

She moves into a spartan attic room and is startled to learn that she is not alone. Peter is an art historian, raffish and handsome, hired to survey the interior of the house for its absent American owner. His Italian-speaking lover, Cara, is beautiful, of course, but alluringly unstable.

Frances, repressed and lonely, becomes obsessed by them and their elaborate stories. She spies on them in their rooms below through a peephole in her bathroom floor. A more unreliable trio of narrators would be hard to find.

House of Stone is a scathing love letter to Zimbabwe, says author

A country's violent past is seen through a family's woes in Novuyo Rose Tshuma's debut novel. She tells us more
Books
2 years ago

As the hot days eddy on they neglect their work, smoking and sunbathing and drinking the wines found hidden in the cellars. Frances is entranced by the couple but begins to sense menace behind their stories. Like the house itself, "they're beautiful on the surface, but look a little closer and everything is decaying, rotting, falling apart".

There are flicks of the ghostly and the Gothic; a smudged face at a window, a pillow in the bath with a single grey hair clinging to it; inexplicable noises in the roof.

One transgression leads to another and another, delusions mirror more delusions, the climax, when it comes, is appalling.

And there is Frances, trapped in her bed, remembering it all.