Writing Beauty’s Gift was not easy for Magona. She had to be critical of a society and a government that were hugely important to her. But anger at what was happening forced her to challenge women to take charge of their lives in order to preserve them 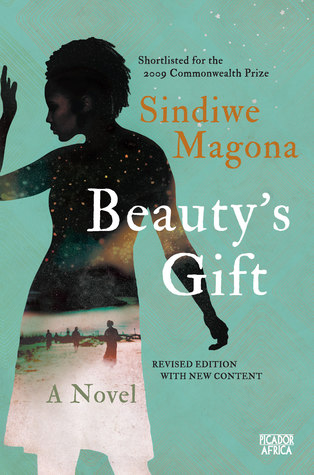 This novel by one of South Africa’s best known literary figures was first published in 2008.

Now a new and revised edition has appeared because Beauty’s Gift is being transformed into a musical by Nigel Vermaas and Neo Muyanga – something to anticipate.

The novel deals with the FFF – five firm friends – whose lives are turned upside down when one of them, Beauty, dies of Aids and it becomes obvious to the remaining four that she was infected by her philandering husband.

The plot shows how they come to grips with the fact that women who are faithful to their husbands are being killed by them, and that a seismic shift in the culture they have all inherited is needed, while the book is also an endearing and enduring portrait of one of society’s greatest strengths – women’s friendships.

I don’t intend to go into great detail about the novel – after all, it is ten years’ old and has been widely read, and while the Aids epidemic is still a huge scourge in South Africa, things have changed in the past decade.

Magona says some minor modifications have been made to the text, but it is essentially the same book.

However, what makes this new edition fascinating is the introduction. In a long essay entitled Why I Wrote Beauty’s Gift, Magona tells how, on her retirement from the United Nations in 2003 after more than 20 years in America, she was, in part, persuaded to return to South Africa because of the Aids epidemic.

Writing Beauty’s Gift was not easy for Magona. She had to be critical of a society and a government that were hugely important to her. But anger at what was happening forced her to challenge women to take charge of their lives in order to preserve them.

She also explains why her main characters are middle-class women, part of an emerging class who like the good things they can aspire to – the fashion, the restaurants and so on.

These were not women who had to depend on their husbands for everything: they were educated people, able to support themselves. Magona saw a need to counteract the myth that in the black community, Aids killed only poor women.

Beauty’s Gift is still an important book, and let’s hope the musical version sees the light of day and continues to hammer home its message.