Intermittent gunshots were heard from the rear of the column as those who couldn’t keep up were murdered. Nobody looked back. 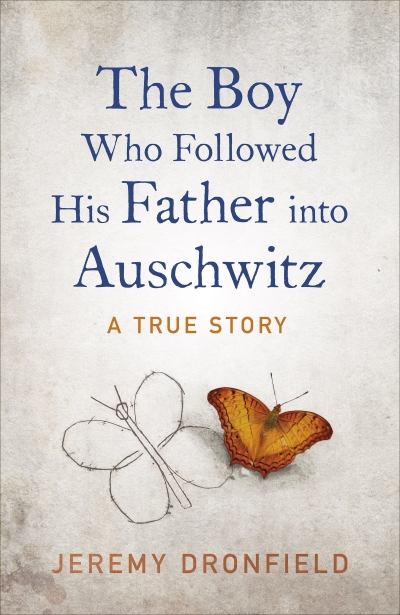 The inspiring story of a father and son's fight to survive the Holocaust.
Image: Penguin Random House

In 1939, Gustav Kleinmann, a Jewish upholsterer in Vienna, was seized by the Nazis. Along with his teenage son, Fritz, he was sent to Buchenwald in Germany.

There began an unimaginable ordeal that saw the pair beaten, starved and forced to build the very concentration camp they were held in.

When Gustav was set to be transferred to Auschwitz, a certain death sentence, Fritz refused to leave his side.

Throughout the horrors they witnessed and the suffering they endured, there was one constant that kept them alive: the love between father and son.

Based on Gustav's secret diary and meticulous archive research, this book tells his and Fritz's story for the first time – a story of courage and survival unparalleled in the history of the Holocaust.

Read the prologue to this inspiring true story of a father and son's fight to stay together and survive the Holocaust:

Fritz Kleinmann shifted with the motion of the train, shuddering convulsively in the sub-zero gale roaring over the sidewalls of the open freight wagon. Huddled beside him, his father dozed, exhausted. Around them sat dim figures, moonlight picking out the pale stripes of their uniforms and the bones in their faces. It was time for Fritz to make his escape; soon it would be too late.

Eight days had passed since they’d left Auschwitz on this journey. They had walked the first sixty kilometres, the SS driving the thousands of prisoners westward through the snow, away from the advancing Red Army. Intermittent gunshots were heard from the rear of the column as those who couldn’t keep up were murdered. Nobody looked back.

Then they’d been put on trains bound for camps deeper inside the Reich. Fritz and his father managed to stay together, as they had always done. Their transport was for Mauthausen in Austria, where the SS would carry on the task of draining the last dregs of labour from the prisoners before finally exterminating them.

One hundred and forty men crammed into each open-topped wagon – at first they’d had to stand, but as the days passed and the cold killed them off, it gradually became possible to sit down. The corpses were stacked at one end of the wagon and their clothing taken to warm the living.

They might be on the brink of death, but these prisoners were the lucky ones, the useful workers – most of their brothers and sisters, wives, mothers and children had been murdered or were being force-marched westward and dying in droves.

Fritz had been a boy when the nightmare began seven years ago; he’d grown to manhood in the Nazi camps, learning, maturing, resisting the pressure to give up hope. He had foreseen this day and prepared for it. Beneath their camp uniforms he and his papa wore civilian clothing, which Fritz had obtained through his friends in the Auschwitz resistance.

The train had paused at Vienna, the city that had once been their home, then turned west, and now they were only fifteen kilometres from their destination. They were back in their homeland, and once they broke free they could pass for local workmen.

Fritz had been delaying the moment, worried about his father. Gustav was fifty-three years old and exhausted – it was a miracle he had survived this far. Now that it came to it, he didn’t have the strength to attempt the escape. The strength wasn’t in him any more. Yet he couldn’t deny his son the chance to live. It would be a wrenching pain to part after so many years of helping one another to survive, but he urged Fritz to go alone. Fritz begged him to come, but it was no good: "God protect you," his father said. "I can’t go, I’m too weak."

If Fritz didn’t make the attempt soon, it would be too late.

He stood up and changed out of the hated uniform; then he embraced his papa, kissed him, and with his help climbed the slippery sidewall of the wagon. The full blast of the wind at minus thirty degrees hit him hard.

He peered anxiously towards the brake houses on the adjacent wagons, occupied by armed SS guards. The moon was bright – two days from the full, rising high and laying a ghostly glow across the snowy landscape, against which any moving shape would be starkly visible. The train was thundering along at its maximum speed. Screwing up his courage and hoping for the best, Fritz launched himself into the night and the rushing, freezing air.

Many books have been written on South Africa's political transition, but none deals adequately with the so-called 'people's war' - until now.
Books
1 year ago

New collection explores the daily lives of marginalised people who may otherwise be forgotten or dismissed.
Books
1 year ago