'Knife' is the brand new offering from the master of Nordic noir crime thrillers, Jo Nesbo 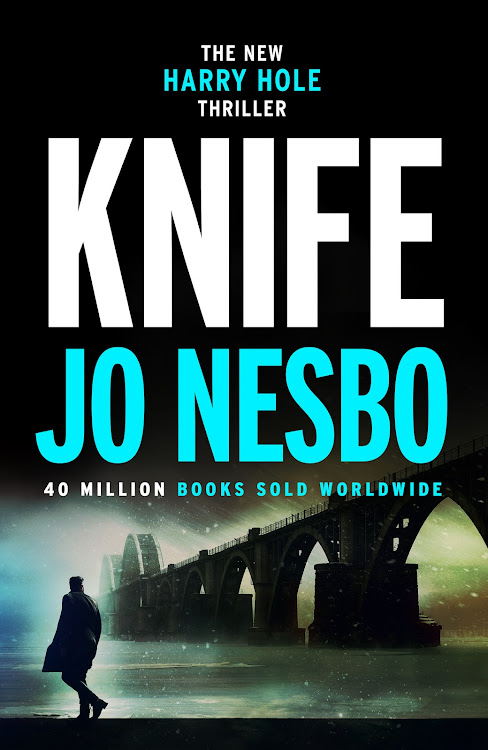 HARRY HOLE IS ABOUT TO FACE HIS DARKEST CASE YET

Harry is in a bad place: Rakel has left him, he's working cold cases and notorious rapist and murderer Svein Finne is back on the streets.

Harry is responsible for the many years Finne spent in prison but now he's free and ready to pick up where he left off.

When Harry wakes up with blood on his hands and no memory of what he did the night before, he knows everything is only going to get worse ...

Jo Nesbo is one of the world's best-selling crime writers, with The Leopard, Phantom, Police, The Son and his latest Harry Hole novel, The Thirst, all topping the Sunday Times bestseller charts. His books are published in 50 languages, selling over 40 million copies around the world.

Before becoming a crime writer, Nesbo played football for Norway's premier league team Molde, but his dream of playing professionally for Spurs was dashed when he tore ligaments in his knee at the age of 18.

After three years military service he attended business school and formed the band Di Derre (Them There). They topped the charts in Norway, but Nesbo continued working as a financial analyst, crunching numbers during the day and gigging at night. When commissioned by a publisher to write a memoir about life on the road with his band, he instead came up with the plot for his first Harry Hole crime novel, The Bat.

The Chestnut Man is must-read for crime-thriller freaks, especially those who love the raw, icy-coldness and bloodiness of Nordic noir
Books
2 years ago

Meet the queen of Nordic noir

In 2000, Iceland's Yrsa Sigurðardóttir received a literary award for children's fiction - and promptly gave up writing in a state of some confusion. ...
News
7 years ago