She would be older, perhaps forgetful. Perhaps she would not recognise him or resent that he had come after being absent for so long 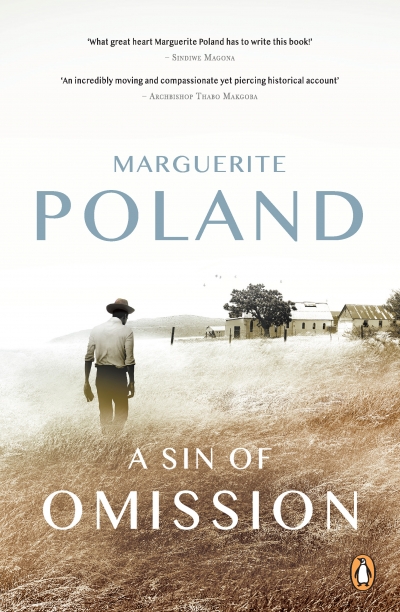 The celebrated author writes about a man's journey to his mother's home in 'A Sin of Omission'.
Image: Penguin

‘It is hard to be an exile … But it is harder to return.’

In the Eastern Cape, Stephen (Malusi) Mzamane, a young Anglican priest, must journey to his mother’s rural home to inform her of his older brother’s death.

First educated at the Native College in Grahamstown, Stephen was sent to England in 1869 for training at the Missionary College in Canterbury.

On his return to South Africa and relegated to a dilapidated mission near Fort Beaufort, he had to confront not only the prejudices of a colonial society but the discrimination within the church itself.

Conflicted between his loyalties to the amaNgqika people, for whom his brother fought, and the colonial cause he as Reverend Mzamane is expected to uphold, Stephen’s journey to his mother’s home proves decisive in resolving the contradictions that tear at his heart.

They have smashed the bells. All over Kaffraria the sound has ceased.

There is a great silence. More profound, more still than the dim before the dawn. A great conspiracy of emptiness except for the sound of the wind – vaulting, powerful.

Once, for Stephen Mzamane, every hour of every day had been marked by the ringing of the bell. In over twenty years, it had proclaimed the time for waking, washing, matins, breakfast, lessons, dinner, handwork, supper, prayers, bed. He had long forgotten how to allot his day by the rising or the setting of the sun, to sense the hour when the seed-eaters gather or the anvil bird marks the meridian at noon. He knew nothing of the swifts and swallows following the herds: this is dusk; this the time when we beg the last sweet drop of milk. All that had been exchanged, when he was nine, for the bell, its gong quartering the hours, hitching men to labour or to prayer.

Yet one bell had been spared: Albert Newnham’s bell at St Paul’s still hung on its scaffold of logs. Stephen had asked that it should be left alone – in tribute to all the bells that he and Newnham had answered together, especially the great Cathedral bell in Canterbury which had summoned them as students every Sunday, marching two by two in their choir cassocks to the chime of God.

At his small mission in the hills – barely more than an outstation – Stephen had never had the funds to buy a bell and the Sunday offertories were so erratic it would have taken years to pay it off. Instead, he had hung a piece of scavenged iron piping in the old shrubby tree outside the parsonage door. He would strike it with a shorter piece of pipe to call the faithful to Sunday service and the children to school. The sound had neither melody nor weight. He was like a colonial farmer summoning hands to the fields.

Now he was glad he was without one.

Those holy bells he had rejoiced in on a Sunday in England belonged in another world, echoing from church to church, carolling out, underscored by the mighty tongue of the Cathedral bell. Here, at Nodyoba, they were the doleful reminder of bondage to a thing called sin.

Hated by the heathens. Feared by the converted.

As he packed his suitcase and rubbed his extra pair of boots with a cloth, Stephen listened to the wind gathering outside, the lift and creak of the iron roof, the thrashing of the sturdy old tree before the house. He glanced at the cross on the wall above his bed, its varnished surface catching a spark of light from his lamp. It was made of English oak, a gift from the Warden of the Missionary College in Canterbury nine years before, in the winter of 1871, on the eve of the voyage home to the Cape.

How different his journey in the morning was to be – without the hope or exhilaration of that noisy embarkation from a great English port, his fellow students waving their hats as they stood on the quayside, his dear friend – his English ‘brother’ – Albert Newnham among them. The Warden had raised his hand in blessing as the rowing boat filled with passengers pulled away and swung out towards where the ship was anchored. Stephen had shouted his farewell, standing legs astride, the wooden cross held aloft: he, at the start of his great adventure, his crusade of Faith.

A warrior of Christ.

He no longer felt like a warrior – nor armoured by his Faith. And in the three years of war that had just passed, he was neither soldier nor, it seemed, priest. He was just a frightened young man, forgotten by his fellow clergy and – if Mzamo’s words were true – a traitor to his own Ngqika people.

At first light he would saddle up the borrowed horse and start out for the train station in the nearest town. From there, it was more than a hundred miles to Albert Newnham’s mission, and the railway ran only a part of the way. He had no choice but to borrow money from the offertory fund for the journey. He would repay it from his stipend when it came. At Newnham’s he would ask for another mount and travel east across the broken ridge of hills and down the pass into the drier stretches of Thembuland in search of the homestead of his mother’s people.

She would be older, perhaps forgetful. Perhaps she would not recognise him or resent that he had come after being absent for so long, returning to her only as the bearer of bad news. It was eight years since he had seen her face, twenty-one since he was wrenched by his father from her care.

But he was compelled to go, compelled by the arrival of an official letter from the military prison authorities in the Cape, water-stained and dirty: it had lain unclaimed in Grahamstown, addressed as it had been to Rev. S Mzamane, Kaffraria.

Days old, weeks old, months old, retrieved by chance by the Director of Missions and sent on, additional directions written in his well-known hand on the front: Trinity Mission, Nodyoba, via Fort Beaufort.

He stowed it in the inner pocket of his coat, wrapped in a hand-kerchief. When he reached his uncle’s home he would open it and read it to his mother: January 27th 1880, translating every phrase, omitting none of its cold, clear words. The signing of the peace, the dousing of the fires, the surrender of all guns had not meant the end of war.

The smashing of the bells had been a greater, more insidious defiance.

Our writers lay bare the truth about SA, one book at a time

Courage was one of author Alan Paton's most important qualities A good many years ago, I was sitting in a smoky bar in Warsaw with Lewis Nkosi. I'd ...
Lifestyle
8 years ago

My Kind of Holiday: Marguerite Poland

Marguerite Poland is an award-winning writer . Her latest work is a memoir, Taken Captive by Birds Where did you spend your last holiday?Cape St ...
Lifestyle
9 years ago

Time for SA to embark on the pilgrimage of healing

By better appreciating Africa’s glorious past, we can cultivate the empathy our nation needs, writes Mamphela Ramphele South Africa is paying a ...
Opinion & Analysis
5 years ago

26 local writers on what it means to be a woman in contemporary SA.
Books
3 years ago