From the award-winning author of 'The Dream House' and 'The White Room' comes Craig Higginson’s most gripping and nuanced novel to date. 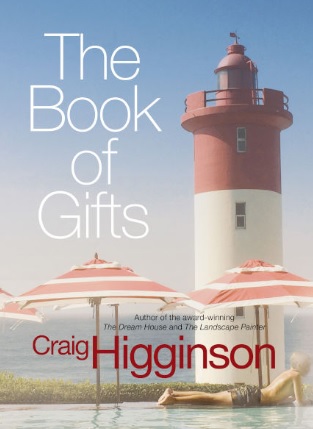 'The Book of Gifts' by Craig Higginson.
Image: Supplied

Julian Flint is 11 years old. He likes to remain invisible, hiding inside the architecture of adults provided by his mother, his uncle and his aunt.

But when his mother, Emma, a celebrated sculptor, takes them on a family holiday to a luxury hotel by the sea, he meets the radiantly beautiful and irreverent Clare.

She sees something inside him he never knew existed. Everything he thought he knew begins to shift — setting off a chain of events that will determine each of their fates.

From the award-winning author of The Dream House and The White Room comes Craig Higginson’s most riveting and ground-breaking novel to date. Part psychological thriller, part murder mystery, The Book of Gifts takes us on a dangerous and unforgettable journey between the lush beaches of Umhlanga Rocks, the stark midwinter wastes of Johannesburg and the rich and strange coral reefs of Mauritius.

Written in Higginson’s compelling and indelible prose, this masterfully-plotted novel explores the fault lines between loyalty and betrayal, blindness and perception, entrapment and flight. It dives into the deepest reaches of human consciousness to catch the brightest fish.

What is your greatest regret? "Not taking better care of myself as a younger person."
Books
2 years ago