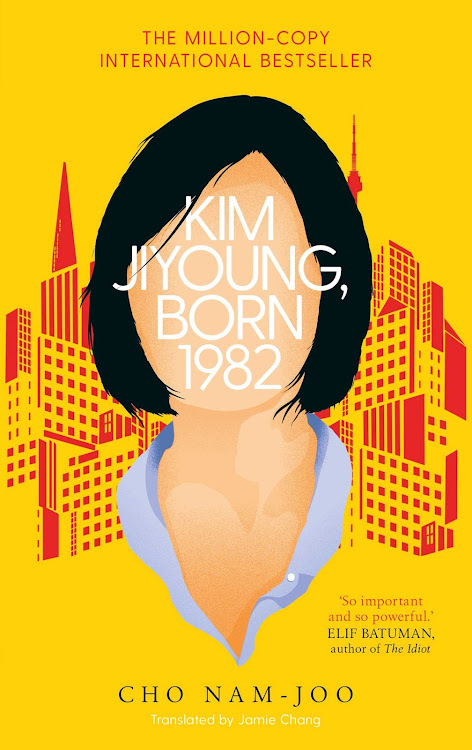 'Kim Jiyoung, Born 1982' is the South Korean sensation that has got the whole world talking.
Image: Supplied

Riveting, original and uncompromising, this is the most important book to have emerged from South Korea since Han Kang’s The Vegetarian.

“This is a book about the life of a woman living in Korea; the despair of an ordinary woman which she takes for granted. The fact that it’s not about ‘someone special’ is extremely shocking, while also being incredibly relatable.” Sayaka Murata, author of Convenience Store Woman

Kim Jiyoung is a girl born to a mother whose in-laws wanted a boy.

Kim Jiyoung is a sister made to share a room while her brother gets one of his own.

Kim Jiyoung is a female preyed upon by male teachers at school.

Kim Jiyoung is a daughter whose father blames her when she is harassed late at night.

Kim Jiyoung is a good student who doesn’t get put forward for internships.

Kim Jiyoung is a model employee, but gets overlooked for promotion.

Kim Jiyoung is a wife who gives up her career and independence for a life of domesticity.

Kim Jiyoung is her own woman.

Kim Jiyoung is every woman.

“This witty, disturbing book deals with sexism, mental health issues and the hypocrisy of a country where young women are “popping caffeine pills and turning jaundiced” as they slave away in factories helping to fund higher education for male siblings.” — The Independent

“A treatise and a howl of anger […] it describes experiences that will be recognisable everywhere. It’s slim, unadorned narrative distils a lifetime’s iniquities into a sharp punch. The books demonstrates the unfairness of the female experience and the sheer difficulty of improving it.” —  The Sunday Times

Cho Nam-joo is a former television scriptwriter. In the writing of this book she drew partly on her experience as a woman who quit her job to stay at home after giving birth. Kim Jiyoung, Born 1982 is her third novel. It has had a profound impact on gender inequality and discrimination in Korean society, and has been translated into 18 languages.

26 local writers on what it means to be a woman in contemporary SA.
Books
1 year ago

'It’s Not About the Burqa' doesn’t claim to speak for a faith or a group of people because it’s time the world realised that Muslim women are not a ...
Books
2 years ago

Being born in Taiwan and raised in South Africa can make for a confusing identity, writes Michele Magwood
Books
1 year ago

Why are boys allowed to climb trees while girls have to play with dolls and tea sets? This extract from ‘Reflecting Rogue: Inside the Mind of a ...
Lifestyle
3 years ago