In a reimagined 19th century SA, Patricia Schonstein's 'The Inn at Helsvlakte' is a creative tour de force 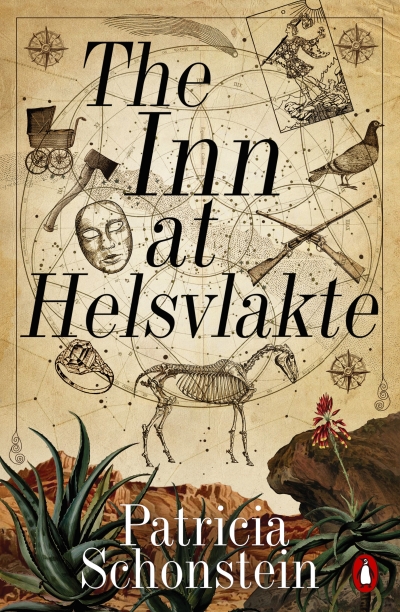 The Inn at Helsvlakte is testimony to the singular imagination and meticulous craftsmanship of South African novelist, poet and anthologist, Patricia Schonstein. In its scope and detail, this, her seventh novel, is, quite simply, breathtaking.

In a reimagined 19th century South Africa, hostilities, begun some three generations before between the State and the Separatists, continue. The demands of the Separatists, khaki-clad and employing guerrilla tactics, are that the country should be divided, providing them with the Eastern Territories.

In an unprecedented move, a group of Separatists, mysteriously equipped with improved weaponry and kit, stages an ambush in the stark area of Helsvlakte, near Jonker’s Inn. A detachment of red-jacketed State soldiers, under the leadership of the renowned Captain Leander Malan, is annihilated, though the Captain himself, seriously wounded and facially disfigured, survives. So, too, does the military pastor, Lukas Grobler, who emerges from the carnage with his faith seriously shaken.

These men subsequently become permanent residents at Jonker’s Inn, which is situated on the Great North Road, four days ride from the Capital. They join Ariel Liebowitz, a former librarian who, a year before the Helsvlakte Ambush, relocated to the Inn following the devastating destruction of the State Library in the Capital by the authorities. A fourth individual, the eccentric William Blythe Morris, permanently unhinged after seeing the slaughtered men and beasts at Helsvlakte, also takes up residence.

The Inn is run by the hard-drinking, uncultivated Jakob Jonker, a number of servants, descendants of hunter-gatherers who formerly inhabited the area, and Katinka (Kitty) Cloete, a woman with numerous practical skills and a considerable range of talents, who is officially married to Jonker but has no intimacy with him. He has a lover; she has a past.

Katinka was raised at Cloete’s Halt, to the south of Jonker’s Inn, under the tyranny of a hypocritical father whose duplicity and lies damage her happiness and contribute significantly to the tragedy at the climax of the novel.

A player in that tragedy is the young Rigal van der Stel, who, having witnessed, at the age of 12, the brutal killing of his family at the hands of drunken State soldiers, determines to seek revenge. He fixates on the person of Captain Leander Malan, the leader broken by the Helsvlakte Ambush, as the target of his vengeance and makes his way along the Great North Road to locate him at Jonker’s Inn.

The Helsvlakte Ambush is a cataclysmic event in a protracted civil war. It shocks and appalls, altering the perceptions of individuals to war in particular and to the meaning of life in general. Leading up to and beyond this event, Schonstein assembles a large cast of characters and develops a narrative that both intrigues and compels. The Inn at Helsvlakte is a creative tour de force.