A saga of a family and its frightening destiny 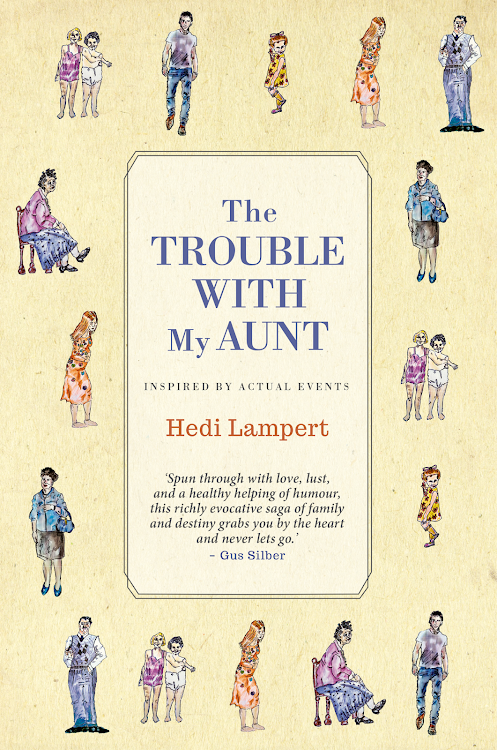 'The Trouble With My Aunt' is a fictionalised account of the author's experience with Fragile X genetic mutation.
Image: Supplied

As a subtitle to Hedi Lampert’s novel is the note “Inspired by actual events”, and there are moments when the book doesn’t feel like fiction at all but more like a memoir of family tragedy, with the fictional elements seemingly tacked on as plot devices.

Successful career woman Leah Fine is a member of a close-knit orthodox Jewish family. But what is meant to be a one-night stand leaves her pregnant, something that is going to complicate her life no end. As well as the questions of how to balance career and motherhood and what to do about the baby’s non-Jewish father, there is another, darker worry: Aunty Vi.

Aunty Vi is Leah’s mother’s sister and has severe disabilities. According to family tradition, this is Leah’s grandmother’s “fault” – she attempted to procure an abortion when pregnant with Vi. But Vi is not the only family member with similar disabilities, and Leah’s researches come across something called Fragile X genetic mutation. It seems Vi fits the pattern, and as it is an inherited condition, Leah is terrified.

One strand of the story concerns Leah’s research, her discoveries and the testing process as well as the realisation that Vi will always need care and how that must inevitably impact on the wider family. The other deals with Leah’s relationship with the father of her child and how that can be resolved. The two don’t always mesh together– there are moments of pure soap opera which sit uncomfortably with the real-life problems of dealing with a close family member who cannot be left to function normally in the wider society.

Lampert deals skilfully with issues of maternal love and guilt, and is not afraid of a bit of black humour when dealing with potentially difficult subjects. But ultimately, there is something of a disconnect between her fascinating investigation into a little-known genetic condition and its potential effects and her slice-of-life excursion into fiction.

Writer, editor and musician Hedi Lampert discusses 'The Trouble with my Aunt' with the Amabookabooka duo
Books
1 year ago

A brutally frank account of caring for an intellectually challenged relative

Set within the context of traditional Jewish family life, 'The Trouble With My Aunt' is written with both humour and insight.
Books
1 year ago