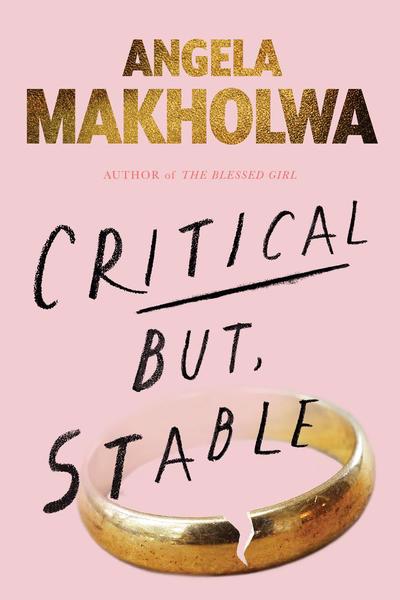 No one ever tells you the cost of a perfect life…

The Msibis, the Manamelas and the Jiyas are high-flying married couples who belong to the Khula Society, a social club with investments and glitzy benefits.

The wives are smart, successful in their chosen careers, and they lead lifestyles to match – jostling for pole position in the "Keeping up with the Khumalos" stakes.

The husbands have had their successes and failures, sometimes keeping dubious company and getting to the top of their fields by whatever means necessary.

Beneath the veneer of marital bliss, however, lie many secrets. What will happen to their relationships when a devastating event affects all their lives?

Angela Makholwa is the much-loved novelist of Red Ink, The 30th Candle, Black Widow Society and the internationally acclaimed The Blessed Girl, all filled with entertaining escapades and the sexual misadventures of modern women.

Lerato never wanted to join her sister's stupid social club. All those pretentious people spending hours showing off their wealth. To what end? What was the point of it all? She'd been disappointed that her husband had fallen for Solomzi's charms and finally acceded to the invitation to join the group.

She'd been unfortunate enough to witness them in full display on a number of occasions but this was the first time she would be joining them as a member. What on earth was she going to talk to them about? She was head of data analytics at a predictive analytics company. She couldn't exactly chat to them about algorithms, now could she?

Maybe Mzwandile was in the clutches of a mid-life crisis because he'd always been immune to excess in spite of his achievements.

A God-fearing man through and through, she was proud of her husband's humility and level-headedness. They were things that had drawn him to her.

With one son, Lwazi, already at university, and Bongani halfway through matric, Lerato often obsessed about the empty nest. They needed a new life. New interests. Hobbies. My goodness! Did black people actually have hobbies?

Maybe they could start travelling more with the bit of money they had saved up over the years, or even start a foundation at church to solidify their position in their Christian community.

Perhaps they could do both? Surely God recognised their dedication and effort to church ministry over the years. After all, it was their love for God that had brought the two of them together in the first place when they were still students at university.

It warmed her heart to think that, unlike her sister Moshidi, she had fallen in love, married, and stayed married to her first love.

Mzwandile was like an extension of her soul, her twin mate on earth.

They had experienced so much of life through each other's eyes and though their marriage may not be perfect they always knew they could count on each other, no matter what.

'Babe, what do you think I should wear to the social club? I've realised I've got tons of clothes, but they're only suitable for work or church ... at least the decent ones are.'

Mzwandile was reading the sports section of the weekend paper and barely managed to look up to view the cause of his wife's distress.

She threw two items onto the bed. A black pants suit that she often wore to important meetings at work, and a long, flowy chiffon dress that she'd wear to garden parties now and then.

'Mzwandile, can you hear me? Please drag your nose out of that paper an look at me. Do I look decent in this dress?'

Mzwandile finally put down the paper.

'Isn't it a bit too much for a stokvel?'

She frowned. 'Have you seen how those women dress at those things? They always have this kind of understated glamour. They look fancy without trying to look fancy.'

'That sounds very complicated. Just don't try too hard. It's not a competition. It's just a savings club. Works for me. That's all I'm in it for. The social club thing will make it easier for us to plan our holidays, love. Don't stress about dressing up. Just smile at those women, say one or two sentences to contribute to the conversation, and call it a day. I know you're not looking forward to it, but think of the ocean. We can go walking on the beach.'

'Argh. You just don't get it. After all, you're the only person left on earth who still reads the weekend paper,' she grumbles.

Moshidi and Solomzi were hosting this month's gathering at their Zimbali holiday home on the KZN coast. How they could afford that place, beautiful as it was, she had no idea. But Mzwandile was right. They could always go for a walk on the beach if the ladies got too much.

'I’m honoured to have been shortlisted among such brilliant female comic writers.'
Books
2 years ago

‘I was just having some fun! I didn’t do anything wrong!’ she shouts. ‘You’re behaving like a whore!’ 'How dare you call me a whore!’
Books
1 year ago