The poetry of coming and going 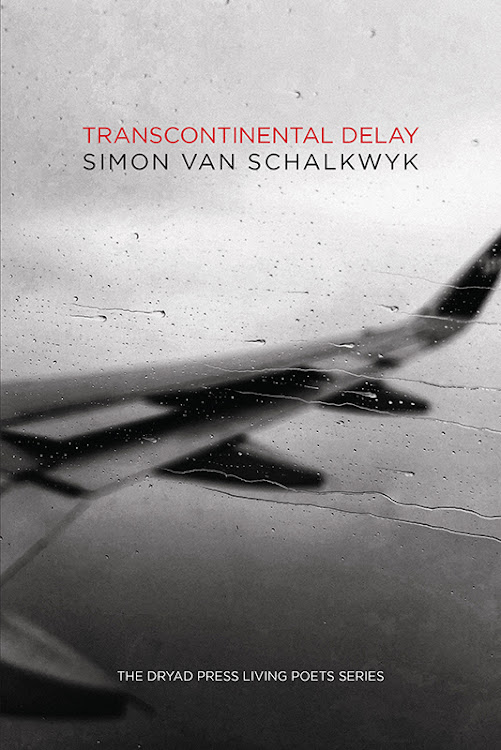 “Meanwhile, the ocean
ducks and falls like a penguin.
You ask the time and I tell you
— it is late, we have missed the hour
of embarkation.”
‘A Question for the South Atlantic Ocean’

In Transcontinental Delay, Simon van Schalkwyk tracks experiences of imminent arrival and departure, periods of waiting and suspension between destinations, points where the demands of place dissolve into the more anticipatory potentialities of space.

Drawing on geographical lexicons familiar to South African localities such as Cape Town and Johannesburg, the collection also captures fleeting encounters with global spaces as far afield as the UK, Argentina and Sweden.

Considering the world from a position of “transcendental homelessness” rather than more conventional expressions of estrangement, alienation, or exile, the poems collected in Transcontinental Delay are attentive to a fundamental sense of unbelonging, registering the moods, tones and attitudes of the visitor and stranger: figures of restlessness and, at times, obscurity, at odds with both the settlements of “home” and the transitory compulsions of travel.

Simon van Schalkwyk is a lecturer in the department of English studies at Wits University and is academic editor for The Johannesburg Review of Books. He is a recipient of the Philip Stein Award for Poetry and also of the Mamphela Ramphele scholarship. He has BA Hons and PhD degrees in English literature from the University of Cape Town and went on to obtain a Masters of Art in modern and contemporary poetry from the University of Bristol in the UK. Transcontinental Delay is his debut poetry collection.

Capturing language and its subversion to explore dislocation and (un)belonging

In her debut poetry collection, Tariro Ndoro divides and intermingles national and personal history in an attempt to reach herself
Books
2 years ago

Set for publication this year, 20.35 Africa is accepting submissions for the fourth volume of its annual anthology, "20.35 Africa: An Anthology of ...
Books
1 year ago