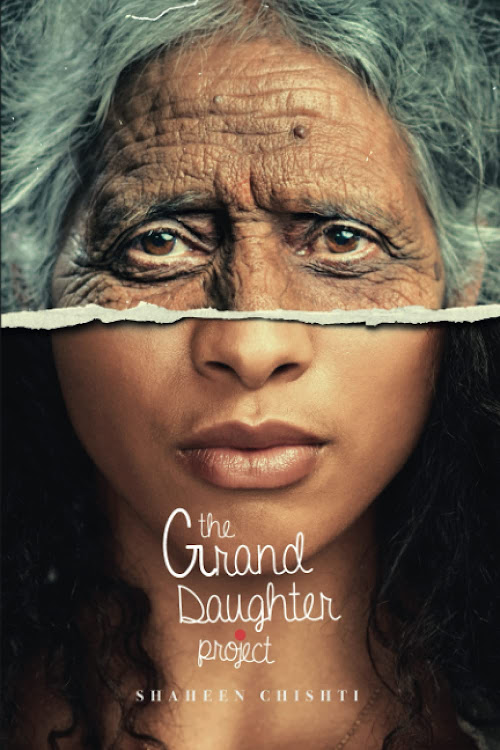 A modern visionary and one of the newest authors of British-Indian heritage, Chishti has written a deeply emotional and raw story, poignantly telling the shared experience of three very different women, who collectively use their voices to improve societal attitudes for their granddaughters. The men around these women, who play prominent roles in their lives, put them into desperate situations. Young and alone, they fight to overcome their experiences. The result is a masterful original fiction novel, as profound as it is awe-inspiring.

The Granddaughter Project grips the reader, as the complex past lives of the women are revealed and their connection to one another deepens.

Touching upon a vast range of themes, including gender inequality, racial oppression, wartime trauma and female emancipation, The Granddaughter Project also examines some of history’s greatest tragedies, including the holocaust which saw the systemic murder of six million European Jews during World War 2, the 1958 Notting Hill race riots — a series of racially motivated riots that took place in the UK from August to September 1958 — as well as the devastating Bengal famine of 1943, which claimed the lives of an estimated three million people due to widespread starvation, malaria and other deadly diseases.

Helga is a holocaust survivor, who grew up as the cherub of her family until the Anschluss of Austria. Separated from her family in Auschwitz, she survived the horrors alone and tried to begin a new life in Israel. In complete contrast, Kamla was born as a poor peasant girl and grew up during the Bengali Famine. With an alcoholic father, who abuses her mother, the family find themselves homeless and hungry. She survives and finds work in a women’s shelter, eventually marrying Rajeev, who abandons her and their young daughter. Lynette leaves the Caribbean shores with her mother Pam, arriving in 1950s London. Living in appalling conditions, the pair struggle to make ends meet and contend with constant discrimination. When her mother dies, Lynette is left alone and at the mercy of the people around her. During the Notting Hill riots, she is beaten and left for dead, but she still survives.

These warrior women tell their stories for the first time to their granddaughters, hoping that they can succeed where they failed and that they feel empowered, inspired and supported to do what is best for themselves.

Chishti says: “I am deeply humbled to be launching my debut novel, The Granddaughter Project. This is a work of love, which I hope will raise awareness of the importance of female empowerment and racial equality. I was fortunate to have been raised with so many inspiring women around me in my life — all of whom have shaped me into the person I am today. And so, I wanted this book to be a tribute to them and women around the world more generally — especially when it is saddening to know that many women are still being oppressed in so many communities around the world. This needs to change. I sincerely hope that my book contributes to that change. The empowerment of women is at the very heart of my religious beliefs and I want to make sure that my daughters know that they are just as important to society as men.

“Ultimately, I wanted to create a piece of work that unites people of regardless of their colour, nationality, religion or creed. Helga, Kamla and Lynette may be from totally different worlds, yet they share one experience: misery at the hands of men in their lives.

“I truly believe that this book demonstrates just how much of a melting pot the world is, but one in which we have more in common than is often assumed.”

You Strike a Woman, You Strike a Rock / Wathint’ Abafazi, Wathint’ Imbokotho is a bristling example of protest theatre-making during the height of ...
Books
1 year ago

Breaking the hold of shame

Sharing their experiences from girlhood to the boardroom, from Cape Town’s suburbs to the hills of KZN, women from different walks of life show how ...
Books
1 year ago

Each poem in this collection reflects the lives of most, if not all women, womyn and womxn — particularly those born black and poor by design in a ...
Books
1 year ago