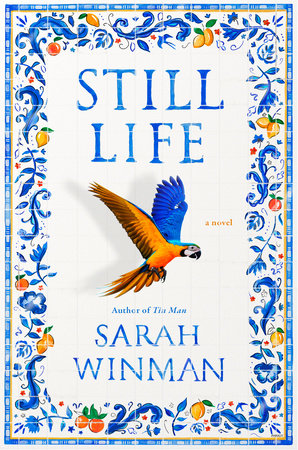 This wonderful novel opens in 1944 in Italy where a middle-aged British art historian, Evelyn Skinner, meets a young soldier from the 8th Army, Ulysses Temper. During a night of drinking, being shelled in a cellar and discussing art, they forge a bond that will last throughout the book, which ends in 1979. On an earlier trip to Italy, a young Evelyn had met a young EM Forster, and references to his work, particularly A Room With a View, abound through the story.

The reader follows Ulysses’ return from the war, after he has saved the life of an elderly man in Florence, to find that his wife, Peggy, has had a child by an American serviceman. But Ulysses, a thoroughly endearing hero, accepts this, and gets on with his life in a ramshackle London pub with a motley crew of friends, including a parrot with a surprisingly large and apt stock of phrases, an important character in the book.

Ultimately, Ulysses will return to Florence, which has captivated his heart, and sets about making a new life for himself, Peggy’s daughter and assorted friends, both new and old, argumentative and contrary, but always there for each other. Meanwhile, Evelyn’s life is moving along as well, and though she and Ulysses still  remember each other, it will take some time before they reconnect.

One of the most compelling parts of what is a compelling book is Winman’s description of the catastrophic 1966 floods in Florence. People were drowned, artworks and buildings lost, but many art lovers from around the world went to the city to help. And in those dark days Evelyn and Ulysses are reunited. Art history and the way in which we look at art are important parts of the book, but Winman wears her learning lightly, and always with humour.

Still Life is a long and discursive novel. In many ways, it reminded me of one of my favourite reads of recent years, Amor Towles’ A Gentleman in Moscow, and it may divide opinion in the same way, some finding it too slow, too rambling. But to my mind, it is utterly delightful – gentle, imaginative, funny, a praise poem to love, brilliantly constructed and a true pleasure from start to finish.

US-based Nadia Hashimi's parents left Afghanistan in the 1970s, but her ties to that country, now in a yet another round of turmoil, are deep, and ...
Books
10 months ago

Giovanna's pretty face has changed: its turning into the face of an ugly, spiteful adolescent. But is she seeing things as they really are?
Books
1 year ago

A tale of crossing boundaries and treachery

Liyah and Rick are complete opposites, indomitable forces that collide — yet they are about to change each other’s lives.
Books
1 year ago